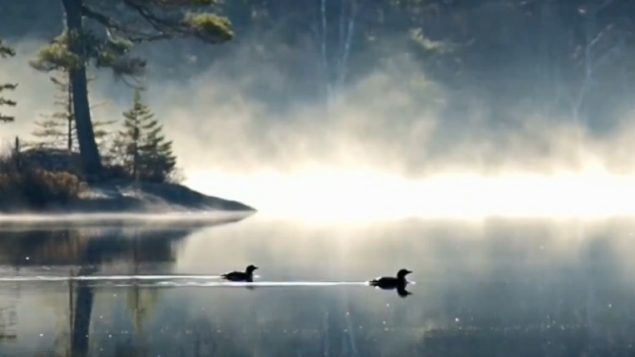 An iconic image of Canadian summers away from the city. Striking black and white loons and their haunting calls. but there is increasing concern about their long term survivability. (Land and Sea- CBC)

Are loons another species under threat?

The haunting call of the common loon is an iconic wilderness and cottage sound in a Canadian summer. With the arrival of spring, people can expect the return of loons from the south. But will there be fewer?

There are concerns that loons may be succumbing slowly to the effects of climate change.

While not endangered yet, Bird Studies Canada says the reproduction rate of the birds seems to be on slow decline. 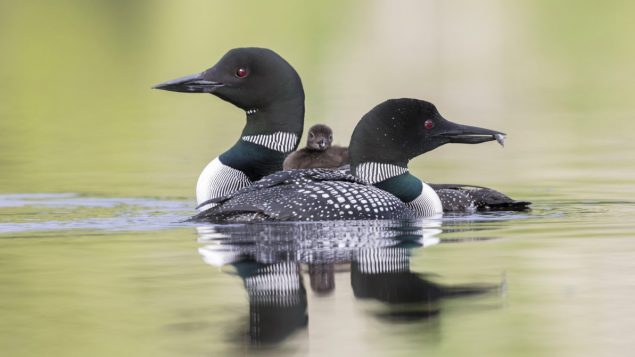 Loons will often carry their young chick on their back. The birds are at the top of their food chain and are being affected by pollution and climate change  (Shutterstock Brian Lasenby)

The loon is an indicator of the health of a lake itself and the birds seem to affected by levels of mercury and the acidity of lakes.  Warming lake temperature can also negatively affect the ecosystems of lakes, which in turn affects prey fish, and thus the loons themselves. 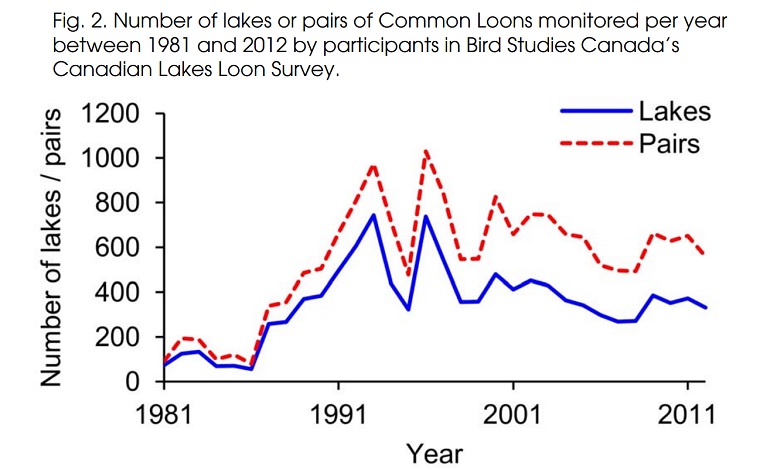 As a species high up on the food chain, tiny amounts of pollutants in their prey have been magnified  bio-accumulation) as it moves up the food chain until it reaches the loon.

As mercury is a neurotoxin it will adversely affect loon behaviour, and survivability of chicks.

Loons are fairly long lived in the wild, typically between 10 and 20 years and tend to return to the same breeding lake year after year. The adults feed their chick from fish in the lake. chicks are fed on fish from the lake.

The ongoing loon survey of Ontario lakes noted survivability was greater on large lakes than small lakes which are more greatly affected by pollution such as acidity which reduces numbers of prey fish for the loons. Survey lead author, Douglas Tozer says the health of the loon population on a lake is an early warning sign of the health of the lake itself.

Meanwhile with a warming climate other research predicts loons will move further and further north  such that southern areas in Canada where loons have always been common, may be deprived of their haunting sounds, presuming populations even stabilise.