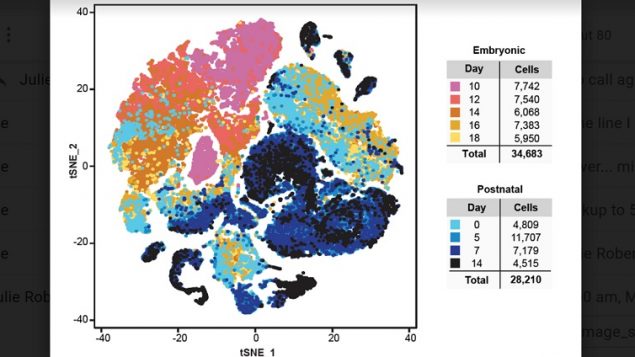 The research into the beginnings of brain cancer tumours involved mouse brains in development, here showing over 62,000 individual cells of the cerebellum. Being able to locate and target the individual cells which can become “cells of lineage” for tumours means the ability to eventually develop treatment. Here the mouse cerebellum cells are shown in development both pre- and post birth. (Maria Vladoui, Ibrahim El-Hamami, Laura Donovan)

Brain tumours are the leading cause of non-accidental death in children. Tragically there is little that can be done once the cancer begins such that a majority of cases are fatal. Unfortunately as well, little is known about these cancers in regards to how and when they develop.

A Canadian research team has made a discovery that takes a step toward answering part of those questions. They found that the cancer cells may begin in the very early stages of brain development in the foetus. 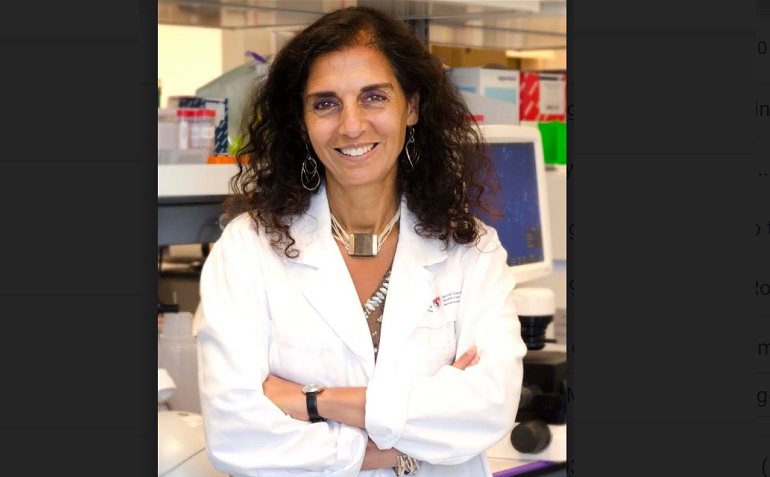 Dr Nada Jabado (PhD, MD) is a co-author of the research that was led by teams at Sick Children’s Hospital (SickKids) and the Ontario Institute for Cancer Research (OICR). She is a professor in paediatrics at McGill University and a clinician-scientist at the McGill University Health Centre Research Institute.

What they found was that the precursor to cancer tumours can be found in cells in the developing brain in the early stages of brain development. 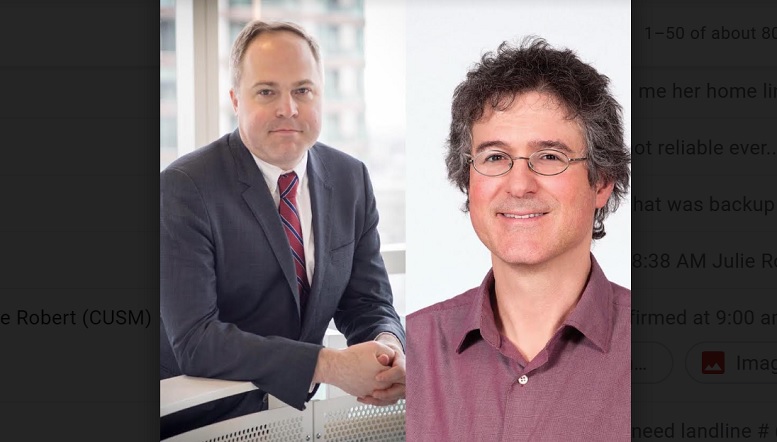 L-R: Michael Taylor, M.D. from Sick Children’s Hospital in Toronto and Lincoln Stein, PhD from the Ontario Institute for Cancer Research (OICR) are the major contributors in the discovery. ( SickKids and OICR)

There is no answer yet as to why certain cells may develop along a certain path towards becoming a tumour, but Dr Jabado says it’s not a genetic issue. 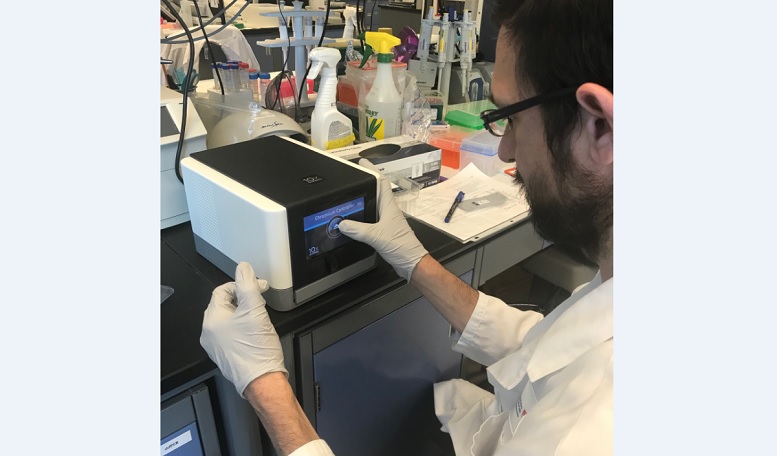 Damien Faury, Lab manager at the Research Institute of the MUHC, is using the Ten-X chromium controller (also called «  Sequencing library of single cell »). This small, expensive, but extremely important equipment allows scientists to generate droplets containing single cells to be able to study gene expression in individual cells instead of the mixture of all the cells found in the tumour. ( Julie Robert- RI-MUHC)

She says developing brain cells require certain things that they no longer need when the brain has developed,  however the cancerous cells continue to demonstrate a need.  She says finding those cells means they may be able to be targeted by treatment that would not affect healthy brain cells.

She notes that work is continuing to eventually better identify such cells and then treatments to target them before they develop into deadly tumours.