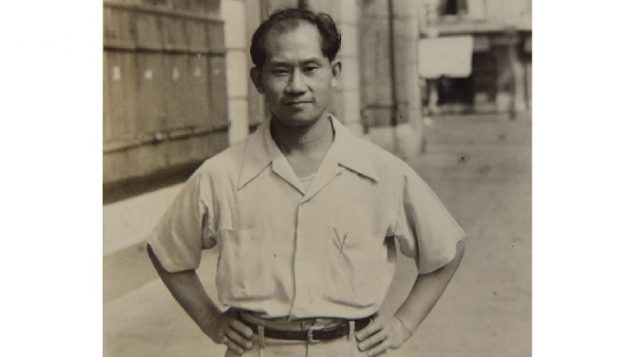 William Gun Chong circa 1943. Photo presumably taken between missions when he was often dressed in worn clothes as a homeless peasant to avoid Japanese forces attention as he carried out his missions ( via Chinese Canadian Military Museum)

Unlike the dapper spies of movies, an undercover agent has to be inconspicuous. Thus, Canadian Bill Chong, often dressed like a homeless peasant became one of the most successful of undercover agents operating in Japanese occupied Hong Kong.

Born in 1911 in Vancouver, he was raised in a time of discrimination in Canada, he was not allowed to vote, and had been rejected by the Canadian army at the outbreak of war as those of Chinese descent were not particularly welcomed, certainly in the early stages of recruitment.

In yet another of the many little known stories of heroism, “Bill” who had been a cook and servant in Vancouver, found himself in Hong Kong dealing with his dead father’s estate when the Japanese invaded.

Witnessing the callous murder of a wounded Canadian by a Japanese officer just outside his window, he decided to flee. 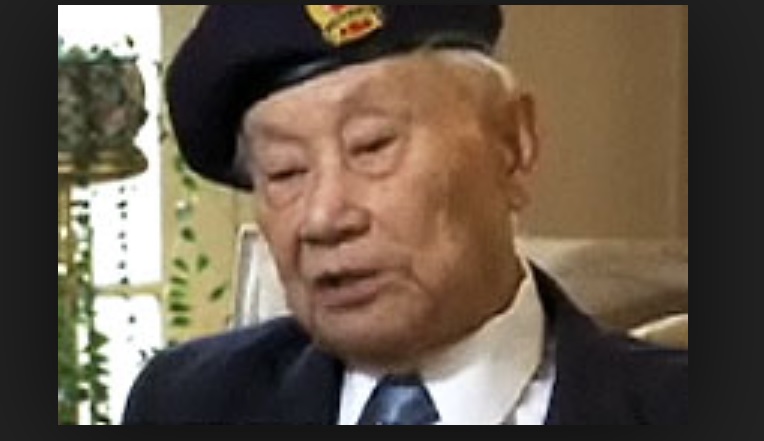 For almost four years he acted as a guide to help bring escapees out of Japanese occupied areas, including many downed air crew,  an interpreter, and delivered medicine and messages back and forth as a courier. He was usually dressed in rags, faking a limp and walking with the aid of a pole.  The walking stick was conveniently hollow to carry the medicines, other small supplies, and messages, or intelligence information. 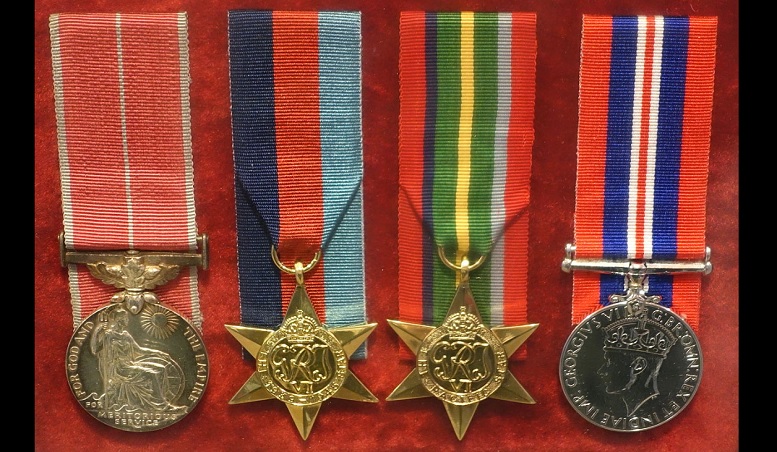 William Chong’s medals on display at the Chinese-Canadian Military Museum, Vancouver. the BEM is on the left, with the 1939-1945 Star next to it, the Pacific Star, and the War Medal

He escaped from his captors three times, once by seemingly impossible luck just before he was to be beheaded. His companion suddenly remembered something and starting pleading in some Japanese to indicate something in his pocket. It was a old business card of a Japanese officer and thinking they might have connections to someone in authority, the Japanese soldiers let them go.

He continued his service as an undercover agent and guide but also  spent time helping out to repair and maintain the hospital outposts.

In 1947, he was awarded the British Empire Medal, the only Chinese Canadian to receive the medal, the highest British honour awarded to non-citizens for gallantry.

After the war he moved to Vancouver Island where he operated a Chinese café.  William Chong died in 2006 at age 95, a courageous hero.