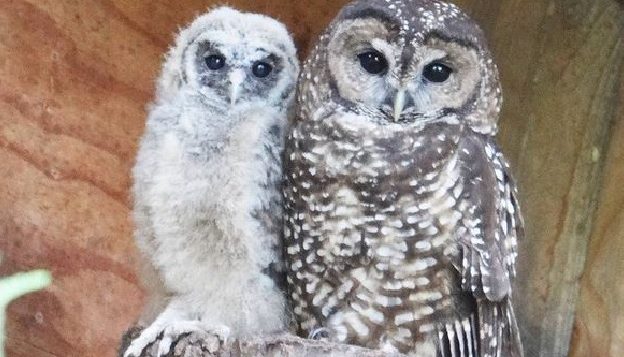 One of the most endangered Canadian animals now online

Once they were relatively common in southern British Columbia’s old growth forests and into California, but that was before pressure from habitat loss and competition from the barred owl began to take their toll on the now very endangered spotted owl..

From about 1,000 in the B.C southern coast there are now only about ten left in the wild.

A breeding programme in Langley, B.C. has just returned a young chick to a captive bonded pair to raise as their own, and a live camera now catches the nest for online viewing. It’s called the Northern Spotted Owl Breeding Program.

The spotted owl programme began in 2007 by the BC Conservation Foundation and funding is primarily from the Province of BC, with some additional funding from other conservation efforts. 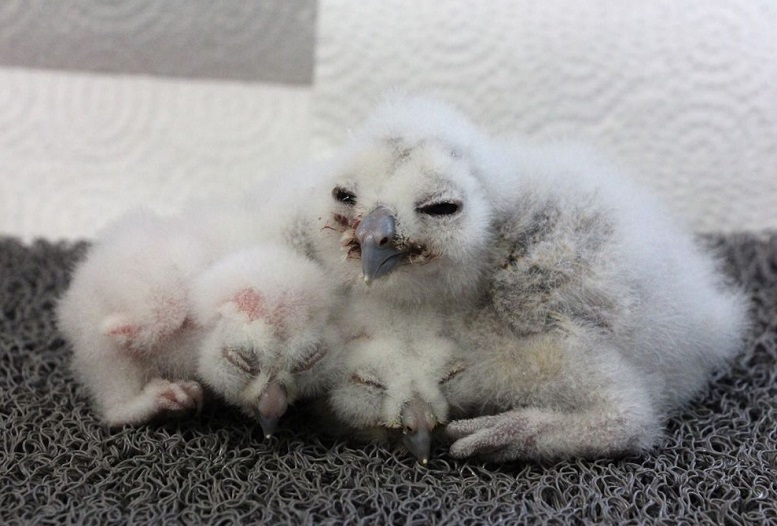 Northern spotted owl chicks are seen in this undated handout photo. Curious bird lovers can now get a glimpse of the youngest member of one of the most endangered creatures in Canada. A webcam has been set up above the nest of a pair of northern spotted owls, just days after a newly hatched chick was placed inside.
PHOTO: HO

The programme takes fertile eggs from a captive breeding pair, incubates and hatches it, and then after about 10 days of feeding,  places the chick back to either the original or a foster pair.

This week, a recently hatched chick was placed in the nest of a newly bonded pair and the female seems to have taken readily to the job of nurturing. 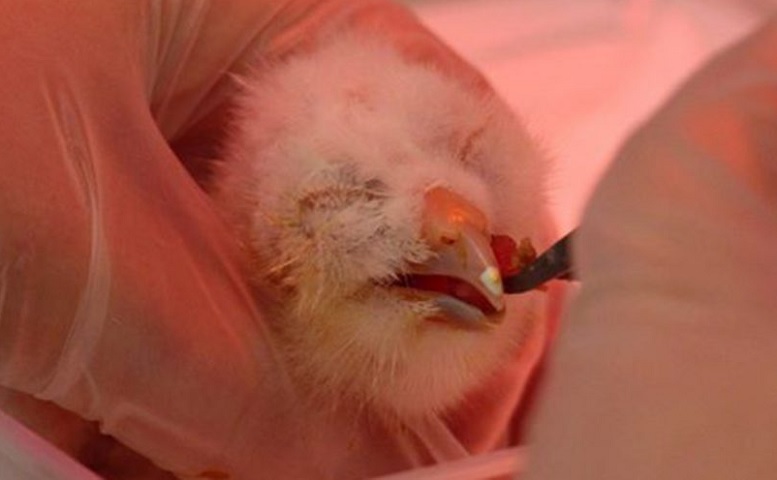 A newly hatched owl chick is very carefully fed and cared for until about 10 days old when it is returned to the nest of a bonded adult pair. (Northern Spotted Owl Breeding Program)

The hope is the presence and nurturing of a young chick will induce the foster pair to produce their own eggs/chicks in the next breeding season.

The removal is because the eggs are very delicate and the programme doesn’t want to lose a single chick. A fake-robotic egg is placed in the original nest until the chick is returned

The FWCP seeks to house 10 bonded pairs before some are released to the wild. The goal is to create 200 adults in the wild over the next decade.

(note the original article stated that the spotted owl programme by the Fish and Wildlife Compensation Program. The FWCP does provide some funding and is hosting the live camera feed, but the spotted owl is not related to other FWCP projects. The story has been modified to show the programme is the work of the BC Conservation Foundation and funding is primarily from the Province of BC)