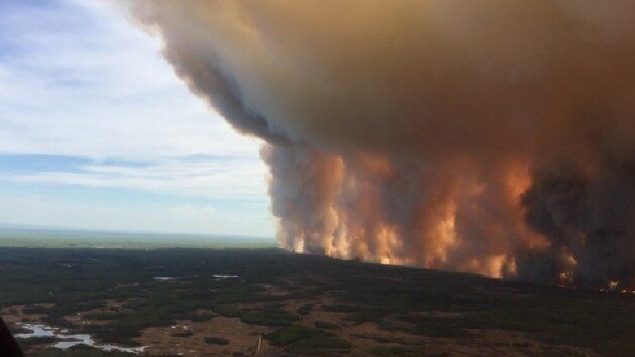 The fire known as the Chuckegg Creek fire is seen from the air in a Government of Alberta handout photo taken near the town of High Level, Alta., Sun. May 19. (Gov't of Alberta-via Canadian Press)

The northern half of Canada’s  western prairie province of Alberta is experiencing a number of major forest fires. Evacuation alerts have been issued for towns in the province where fire is threatening. 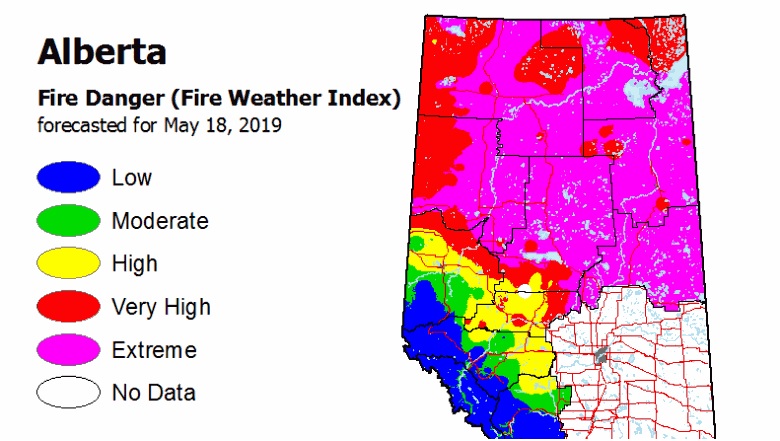 image showing fire risk in Alberta on May 18, 2019 ( Alberta Wildfire)

There has been almost no rain in the northern half of the province since the beginning of April, and warm temperatures and winds have made conditions ideal for fires. Today throughout the region temperatures are ranging in the mid 20’s Celsius and fire warning range from very high to extreme.

One of the out of control fires near the town of High River was estimated at 69,000 hectares