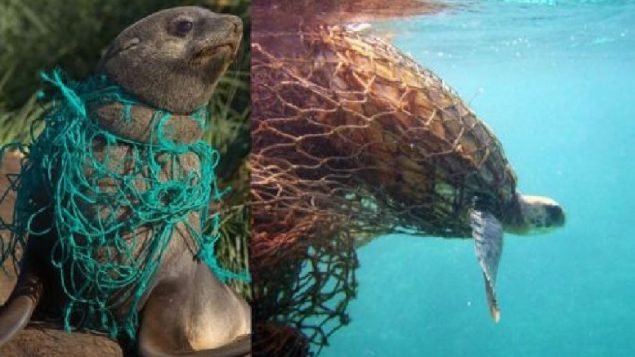 Animals can become entangled in marine debris, particularly in items such as derelict fishing lines and nets. Image credit: NOAA. Right: Sea turtles entangled in debris run the risk of drowning if they are prevented from reaching the surface to breathe. (NOAA)

It’s a day to reflect on what humanity’s combined effects have been, and continue to be, on the vital oceans of the world.

It was a day first proposed by Canada in 1992, and since proclaimed by the United Nations.

Acknowledged every year on June 8th World Oceans day is an opportunity to remind people about the critical role of our oceans and encourage everyone worldwide to take action to protect them. 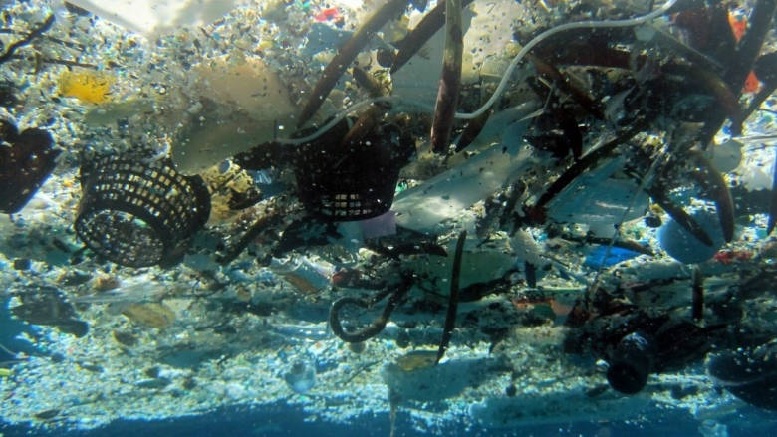 One of the many good initiatives to develop out of the declaration was the Global Ghost Gear Initiative (GGGI), created by World Animal Protection in 2014.  Canada signed on to the GGGI last fall and is expanding mandatory requirements to report missing gear, and report gear recovered that may have been previously lost. Compiling data will help in mapping and recovery efforts of lost gear.

Ghost gear, much of it plastic-based like nets and ropes, can degrade like most plastics can degrade into small bits and even microplastics that are mistaken as food and eventually kills marine life. It is estimated that there will be more plastic than fish in our oceans by 2050, according to the World Economic Forum. 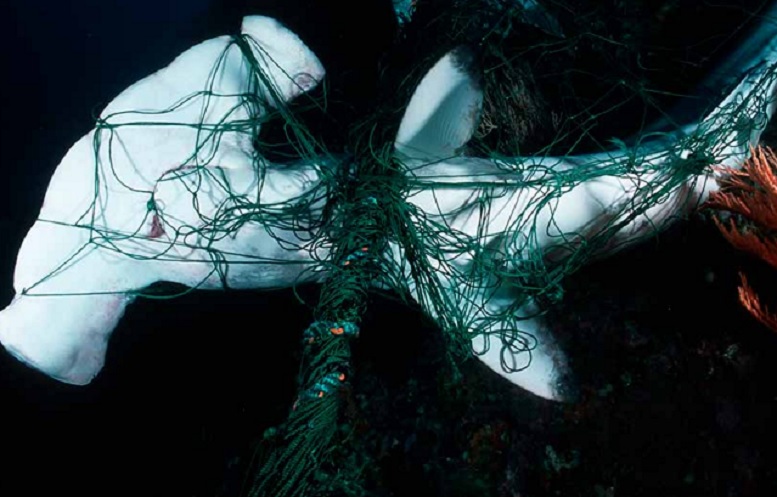 Ghost nets or long lines continue killing for years as they float through the oceans. Other creatures attempting to feed on the dead fish in the gear can end up trapped themselves. (World Animal Protection)

World Animal Protection says the annual June 8th event is a chance for people to reflect on how vital the oceans are to our own survival and also to rethink our consumption of plastic on an individual and commercial fishing basis.