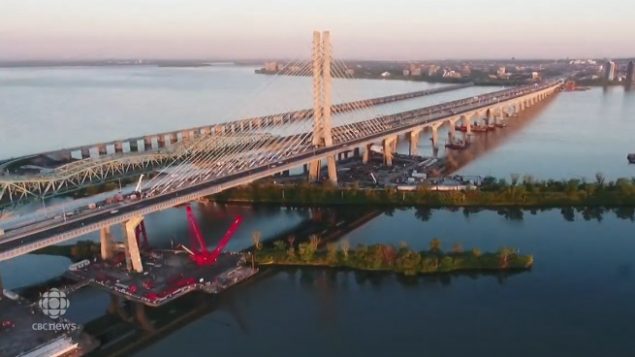 The Samuel de Champlain bridge will link Montreal to the mainland to the south and carry an estimated 50 million vehicles and $20-billion worth of international trade goods annually. (CBC)

A brand new 3.4-kilometre bridge opened in one direction today linking the island of Montreal with the mainland south of it. The new bridge is an important link for people living in suburbs on the south shore and commuting to work and travellers, but it also will be a conduit for an estimated $20-billion worth of international trade goods annually.

The bridge is named after an early European explorer of Canada, Samuel de Champlain. Explorers used the St. Lawrence River to reach into the heart of North America.

The river is about 1,197 km long and runs from the five Great Lakes in the middle of North America to the Atlantic Ocean. 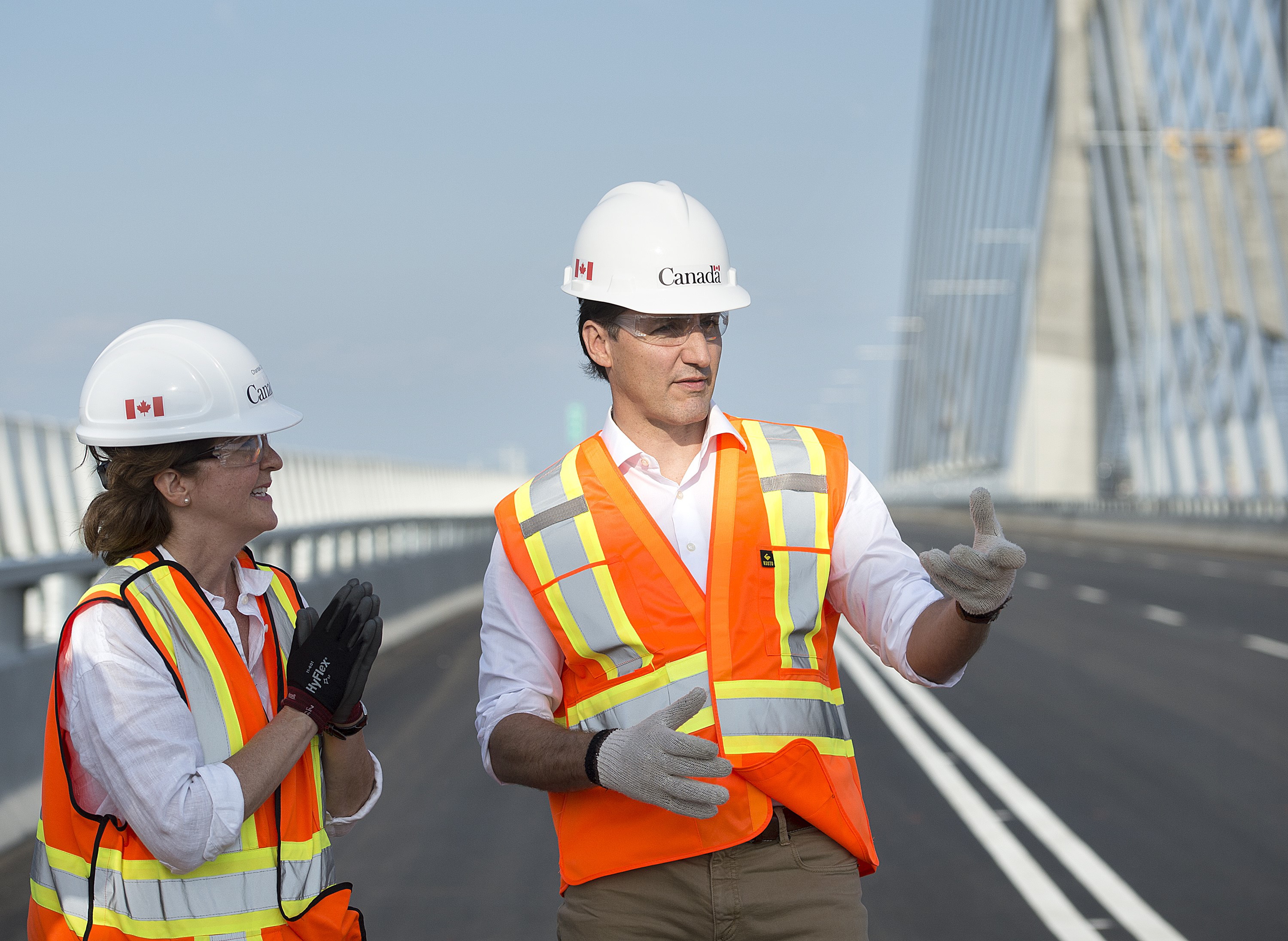 The new bridge replaces the old Champlain bridge which was the busiest in Canada and was crossed by more than 50 million vehicles each year. It will eventually have a light-rain train passing through the centre of it as well as pedestrian and cycling pathways.

It took more than 2,000 people 8.5 million hours to build the bridge and it cost $4.47 billion. Most of the cost will be borne by the Canadian government. It may recover some cost overruns due to delays in construction from the builder.

The old bridge opened in 1962 but was heavily corroded by salt used to melt snow and ice, making the surface passable in winter. The new bridge is expected to last for 125 years. It will open in both directions on Canada Day, July 1, 2019.