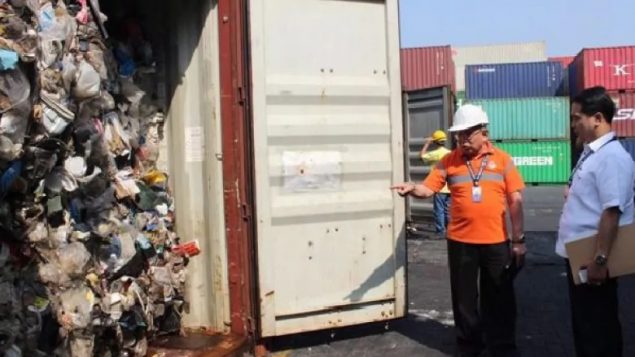 The dispute between Canada and the Philippines about garbage shipments that began six years ago appears to be just about over.

On Saturday morning a ship carrying 69 containers of rotting garbage will pull into Vancouver Harbour to deposit what is left of mounds and mounds of Canadian trash were shipped to the Philippines in 2013 and 2014 by a private business. 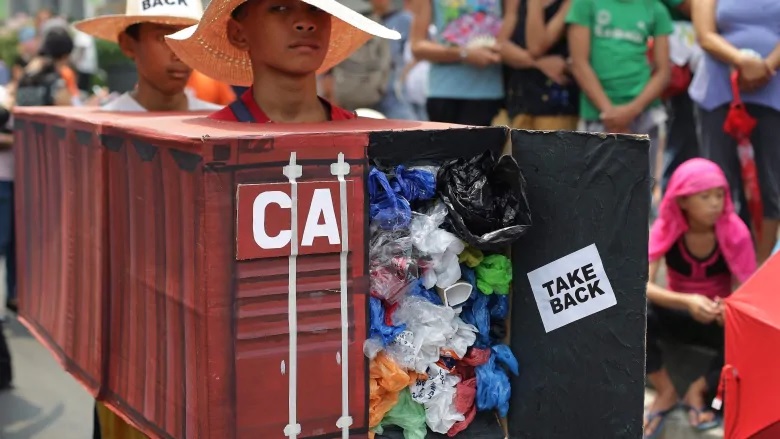 Environmental activists wear a mock shipping container filled with garbage to symbolize the 50 containers of waste shipped from Canada to the Philippines in 2013 and 2014, in a protest outside the Canadian Embassy in Makati, metro Manila, Philippines, on May 7, 2015. Dozens of containers of garbage are being returned to Canada on Saturday. (The Associated Press)

The containers were falsely labelled as being full of recyclables but found by Filipino customs agents to contain mostly non-recyclable plastics, kitchen garbage and soiled adult diapers.

There was outrage in the Philippines and alleged bureaucratic bungling in Canada and pretty soon nobody involved was in a very good mood, especially President Rodrigo Duterte, who recalled his diplomats from Canadar this spring.

A month earlier, Duterte said he would declare “war” if Canada didn’t immediately take back the containers. 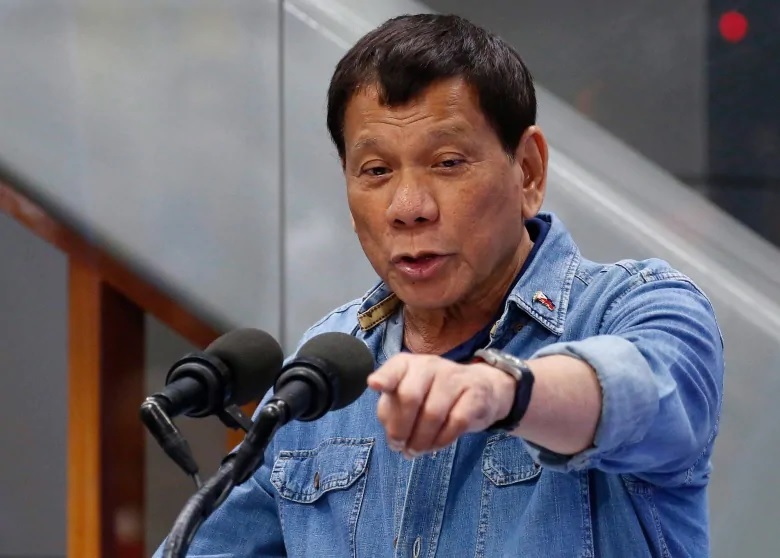 The president of the Philippines, Rodrigo Duterte, warned this spring that if Canada didn’t take back tonnes of trash he would “declare war” and ship the containers back himself. Ottawa long argued that the trash was a commercial transaction not backed by Canada. (Bullit Marquez/Associated Press)

In an email to CBC at the time, a spokesperson for Canada’s environment ministry wrote, “Canada is strongly committed to collaborating with the Philippines government to resolve this issue and is aware of the court decision ordering the importer to ship the material back to Canada”.

The email added that Ottawa was working with officials from the Philippines toward “a timely solution”.

Evidently the time and the solution arrived.

The containers will now be trucked to Vancouver’s Waste-to-Energy facility in Burnaby.