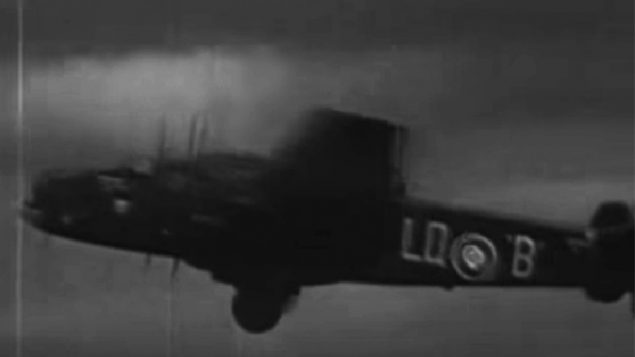 The only known photo of LQ B "Baker" taken from period newsreel as it leaves for a typical night mission. (via Vintage Wings of Canada and Jay Pinto)

It was August 1943 that a crew aboard a Canadian squadron bomber were sent on a dangerous mission over Germany. The large Handley-Page Halifax never made it back.

The disabled plane crashed into the sea off the coast of Sweden after the crew safely bailed out.

Now a group from Canada dedicated to finding and restoring these bombers of particular relevance to Canada has been bringing the historic plane back to the surface.

I spoke to  Karl Kjarsgaard on Friday by mobile phone aboard the recovery vessel off the coast of Sweden. He is with Canada’s Bomber Command Museum in Nanton Alberta and the founder of the Halifax 57 rescue group.

In spite of massive flak defences and German fighter defences, it was nature that brought the bomber down.

The plane, leading a large bomber force ran into unexpectedly severe thunderstorms and a lighting strike fried some of plane’s electrical system. The bomber lost its two inboard engines and several flight instruments and could not make it back to England. 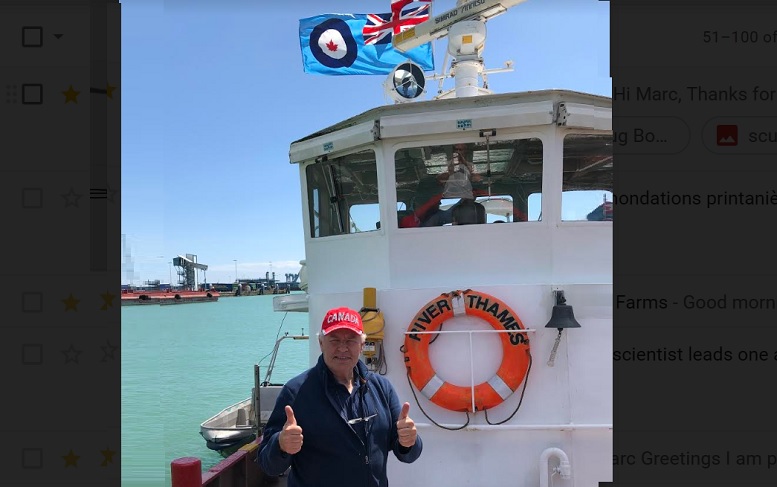 In such cases and where feasible, the crews would turn north and attempt to make it to neutral Sweden.  In fact the same storm brought down several of the following bombers in the massive nighttime mission. 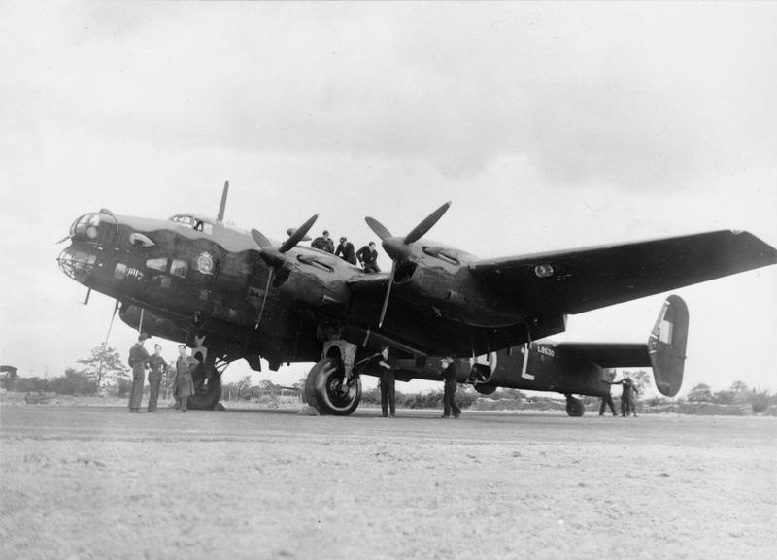 An early version of the Halifax as HR871 would have appeared. Later marks had a different nose configuration, redesigned rudders, and Bristol radial engines. This particular Halifax L9350 was shot down Aug 15, 1941 (Imperial War Museum- wiki commons)

After the crew bailed out safely, the slowly descending plane flew on past the south coast of Sweden and crashed about 16 kilometres out into the brackish Baltic Sea and sank about 17 metres to the bottom.

A few years ago Swedish divers found the wreckage and contacted the Bomber Command Museum which helped to eventually identify the plane as 405 “Vancouver” Squadron LQ-B for “Baker”, tail number HR871 which was on a pathfinder mission when it was disabled and crashed.. 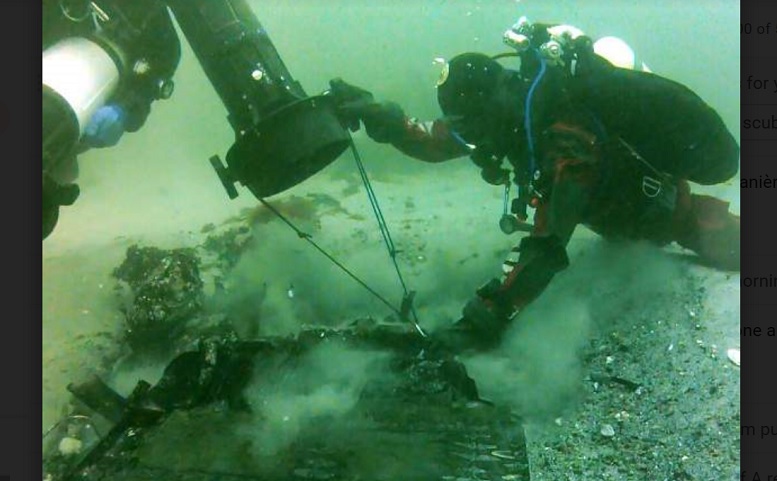 While the iconic Lancaster bomber is widely known, (some were even being built in Canada for the war effort), and Canadians comprised about a third of the incredibly daring Lancaster Dam Busters raid, among many many others, a little realised fact now is that Canadian bomber aircrew flew the vast majority of their missions aboard Handley-Page Halifax bombers. 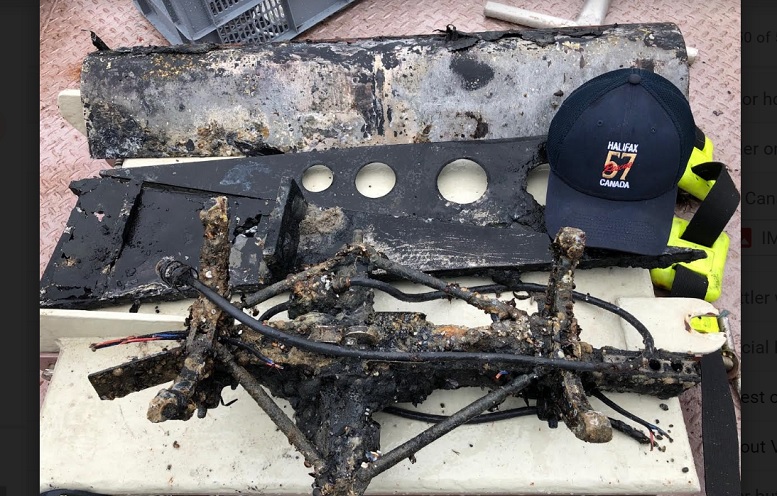 In fact about 70 per cent of Canadian missions were in Halifax’s which is why the Alberta museum has been so dedicated in recovering and rebuilding the planes in memory of the sacrifice of over 10,000 Canadian bomber crew who were lost during the war. 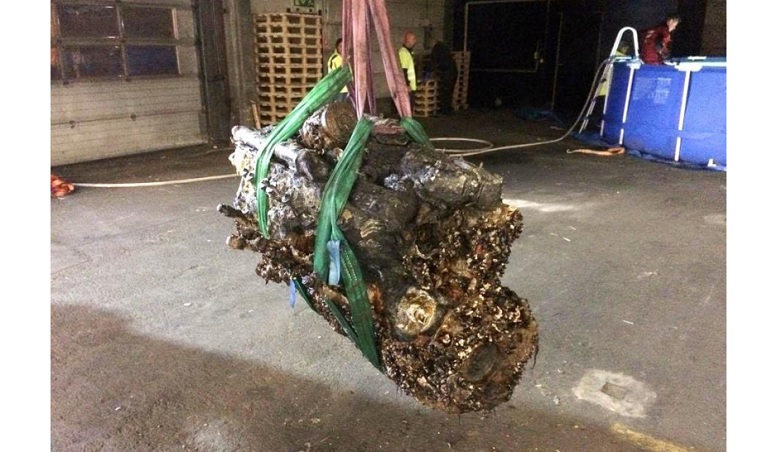 A couple of the Rolls Royce 12 cyl Merlin engines have been recovered. They will be cleaned up, but are too far eroded to ever be rebuilt. (supplied)

Unfortunately LQ-B is too badly damaged itself to be rebuilt, but as Kjarsgaard notes, it is a valuable source of usable parts which will contribute to the recreation of a Halifax at the museum. 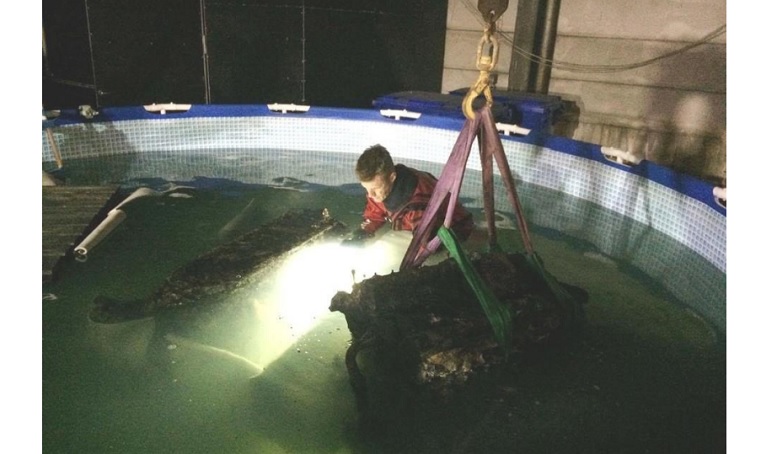 Recovered parts are placed in freshwater swimming pools to allow the salt to migrate out of the parts to prevetn further erosion. (supplied)

As parts are being recovered, they are being “desalinated” and stored at the port of Trelleborg in southern Sweden. Eventually they will be transported by the RCAF back to Canada and the museum.