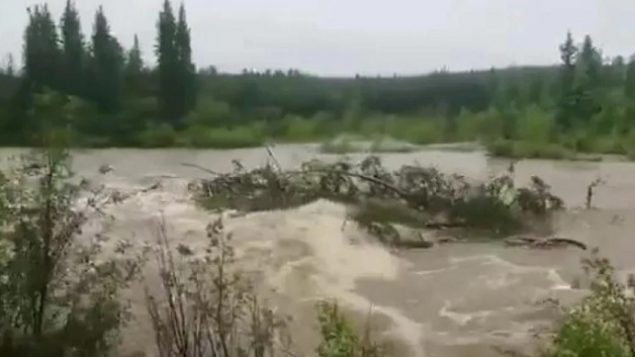 Video from Facebook shows a tree moving down a tributary of the Chilcotin River. (Dale C Sherstobitoff/Facebook/CBC)

After heavy rains, a flood warning has been issued for the Chilcotin River in the western province of British Columbia. About 90 mm of rain fell in four days leaving riverbanks unstable and a thunderstorm was predicted to drop more rain today. 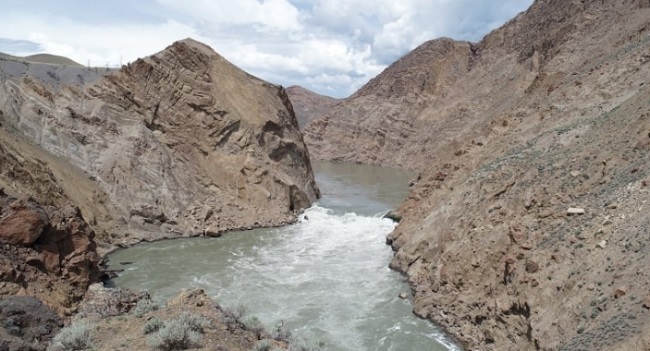 A rockslide in the Fraser River seems to be blocking salmon trying to swim upstream to spawn. (Fisheries and Oceans Canada/ Canadian Press/CBC)

Salmon may be stranded

Debris and runoff from Chilcotin River feed into the Fraser River where a recent landslide has already hampered chinook and sockeye salmon swimming upstream to spawn. The Canadian government’s minister for fisheries is expected to visit the area which he told Canadian Press was a key priority for his department’s Pacific region. These fish are important to the commercial and recreational fisheries and to Indigenous people who rely on them for food and ceremonial purposes.