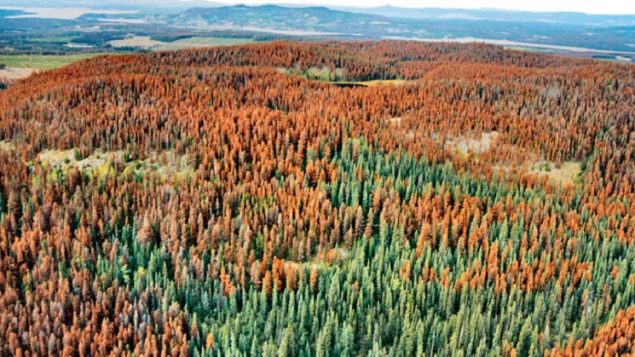 Researching a new tool against the devastating mountain pine beetle

A tiny beetle has caused enormous damage to Canada’s forests. The mountain pine beetle has been around for millennia, but the Canadian climate had previously kept their numbers and spread in balance.

As the climate has changed however the small insects have spread eastward from British Columbia into the boreal forests of neighbouring Alberta killing millions of trees in both provinces.

Jonathan Cale (PhD) a postdoctoral research fellow at the University of Alberta has been working on a new direction towards creation of a more attractive beetle trap. It would use the odour of fungi.

Jonathan Cale (PhD) researcher at the University of Alberta

The beetle larvae burrows under the bark of the pine tree and chews along the vital layer underneath that transports nutrients between roots and leaves or needles thereby cutting the tree’s lifeline. While the beetles have usually attacked only lodgepole pine, they have now evolved to also attack the jack pine. This means the boreal forest right across Canada is now at risk. 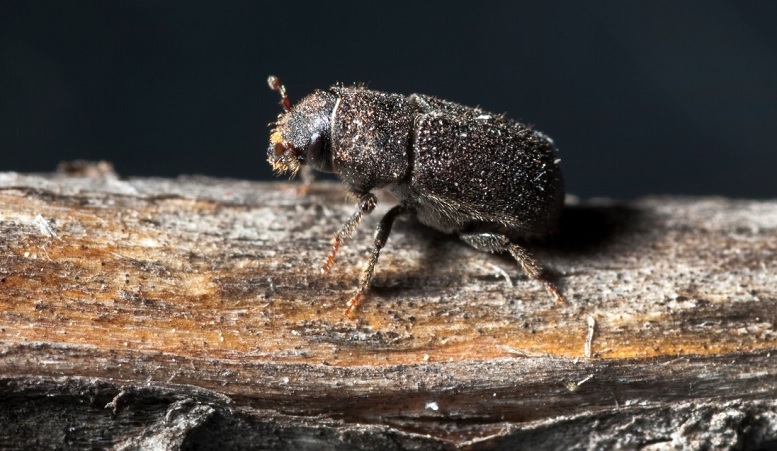 About the size of a grain of rice, the mountain pine beetle has destroyed millions of trees across N. America with little sign of slowing down, (Getty Images)

The trees have some defence against the beetle, but it has developed chemical signals to attract other beetles to attack an individual tree thereby overwhelming any defence.

Efforts are being made to develop traps for the beetles. These currently involve pheromones to sexually attract the insects. These can also be used along with chemical attractants mimicking the trees themselves. 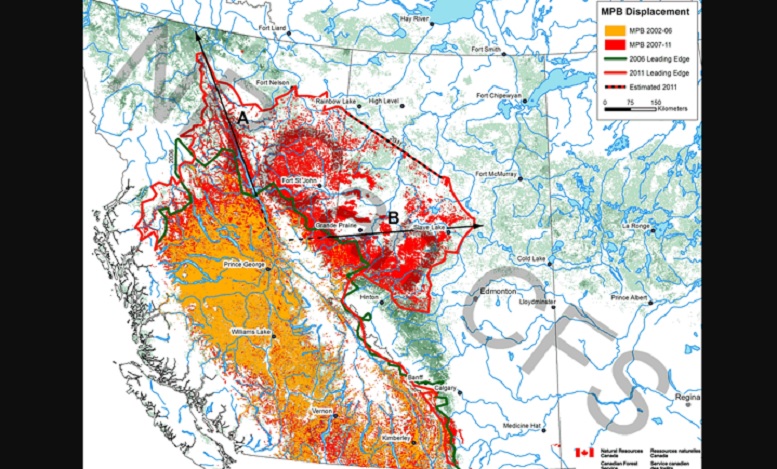 Map showing spread of MPB up to 2011, Through B.C forests over the Rocky Mountains and into Alberta and the boreal forest. The spread has continued since 2011 ( Canadian Forest Service)

Cale’s research involves the fungi the beetles carry with them. He notes that as they burrow into the bark, the fungi gets on the tree and in “infecting” the tree helps to weaken its defences against the beetle and larvae. The chemical odours of the fungi may be part of the signal used to attract other beetles. 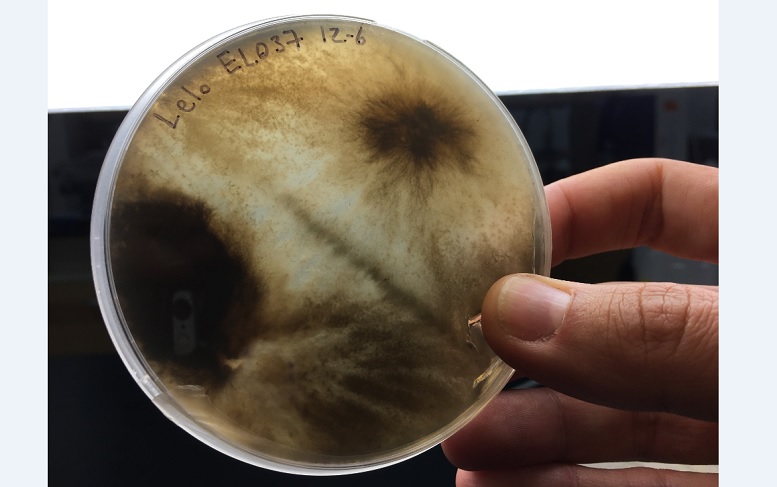 Growing one of the several fungi carried by the beetle, Analysis of chemical signals is being done towards development of synthetic versions to be used to attract the insects into traps. (University of Alberta)

The research is to being conducted to determine if the chemical signal of the fungi can also be an attractant to the beetles and to be used in combination with the others to create an even more attractive signal within the traps thereby making them more effective in trapping the bugs. Hopefully this would result in stopping the further spread of the destructive pests.