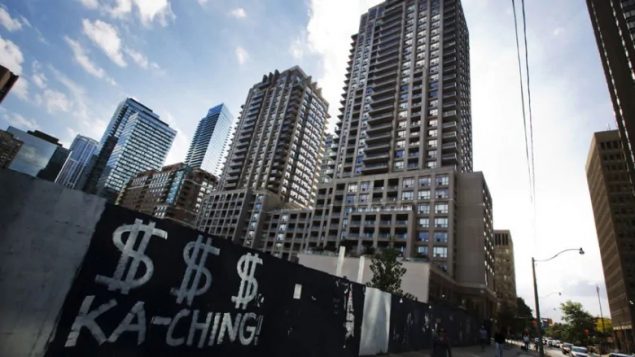 Condo construction is seen in most Canadian cities, but appears driven by investors contributing to smaller unit size and higher sale prices. Investors often rent them out, but other factors contribute to rising rental prices, especially in major cities. (Mark Blinch-Reuters)

A new survey of average costs of rental housing shows the most expensive area in Canada is Toronto.

In fact, according to Rentals.ca commissioned survey from Bullpen Research, while Toronto proper has the highest cost, nine of the top ten most expensive areas in Canada are all located in what is known as the Greater Toronto Area (GTA) comprising several cities around Toronto in what is almost a giant continuous urban area. Indeed the area has sprawled out along Lake Ontario to Burlington and Hamilton and is often known now as the GTHA- Greater Toronto-Hamilton Area.

The average rental price for a 1-bedroom unit in Toronto is $2,290 per month. 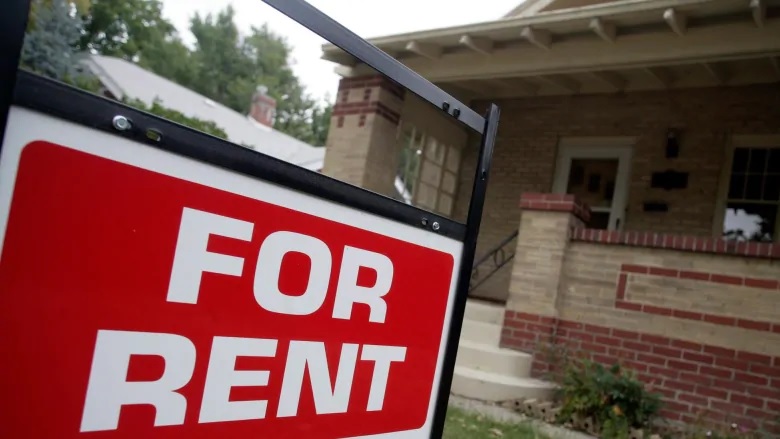 High rents mean many people take on roommates just to be able to afford a place to live. (Canadian Press)

Only Vancouver displaces the GTHA communities, coming in at second place as the most expensive place to rent living space even as the average size of rental property decreases.

The prices listed include all types of properties listed for rent by the company service including everything from basements to high-rise apartments, condos, row houses, semi-detached, and detached houses.

If all types and all locations are averaged, Rental.ca says in June the average price across Canada was $1,875 while the average size of properties offered for rent has been decreasing from just over 1,000 sq. ft in October (93 sq.m) last year, to 933 sq.ft in June (86.6 sq m).

One of Canada’s major cities, Montreal, Quebec, placed 19th in the list of 33 large cities. Indeed the capital of the mainly French speaking province had the second cheapest rental prices. Surprisingly, Gatineau, across the river from the national capital Ottawa had the least expensive rents of the Canadian cities listed. 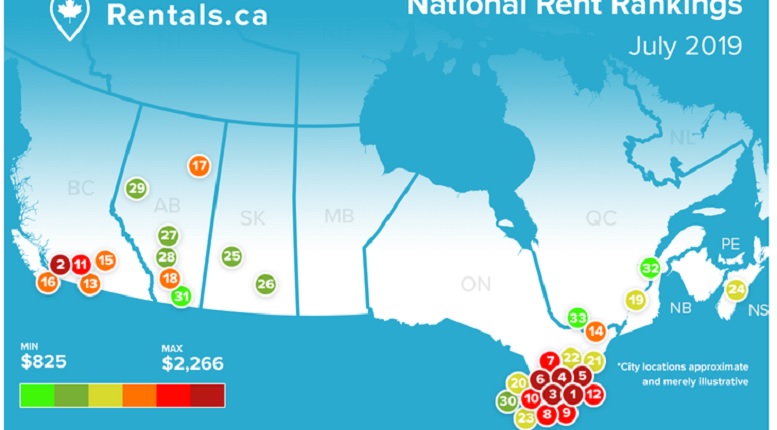 Rentals.ca map showing dark red spots as highest prices around Toronto. Vancouver on the west coast was in second place. The national capital, Ottawa was 14th, while the oil sands centre of Ft McMurray in northern Alberta was 17th in cost, (Rentals.ca)

As sale prices for housing increase, more people are being forced to rent, and as rental prices increase, people are forced to seek smaller sized spaces and to seek roommates to share costs. The report says this is especially so in the GTHA.

Experts say this shows a trend for people and companies to use property as an investment and not as a place to live. The idea of investment they say is what is pushing up prices, forcing more people into the rental market and thus pushing up rents. Rental.ca says adding to that is increased immigration, population growth, and a decline in the unemployment rate.

However one architectural planner in Vancouver said the effect of investors and speculators is a factor in design as this group, not concerned about living in a unit, want smaller sizes and builders react to the demand.

Foreign ownership is also a concern.  Andy Yan, director of the City Programme at Simon Fraser University noted that if there was a crisis in Hong Kong and many of the residents there quickly decided to move to Canada and their property here, it could cause a rental crisis.

Others studies show the effect of AirBnB and other short term rentals have removed over 30,000 units from the long-term rental market which further increases demand and prices for long term rents