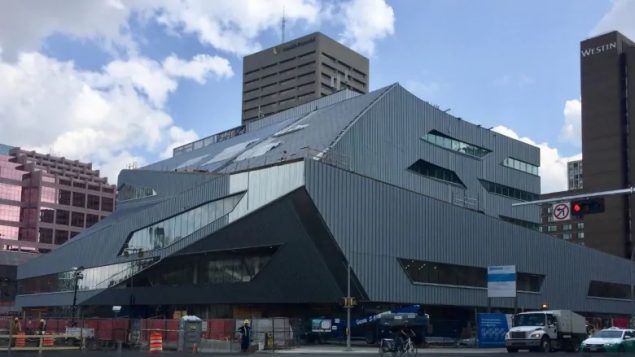 Even as a dispute over an addition to the iconic Chateau Laurier Hotel in Ottawa continues, another architectural debate has sprung up in western Canada.

|n the city of Edmonton, capital of the province of Alberta, residents were expecting a flashy new design for the city’s main library.

Now that it’s been unveiled, many are the comments disparaging the new Stanley A Milner Library.

The library is named after an influential businessman, former politician, and former chairman of the Edmonton Public Library Board.

The main library, still undergoing final construction elements, was nonetheless unveiled to the public this week. Comments were quick, and many unfavourable. 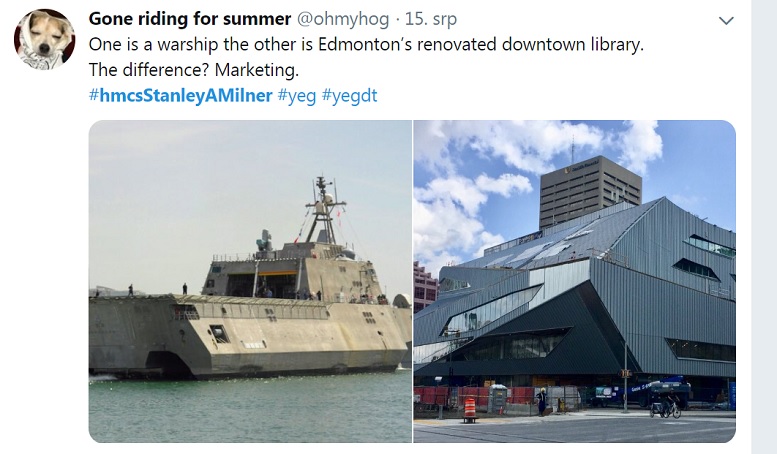 One of several tweets disparaging the design. The same person posted another tweet comparing the original proposed design to what is being presented- like a bad Tinder dating profile (Gone riding for summer-twitter)

The Chateau Laurier addition has been described by detractors variously as resembling a shipping container, radiator,  visual vandalism, and uninspired 1970’s design. 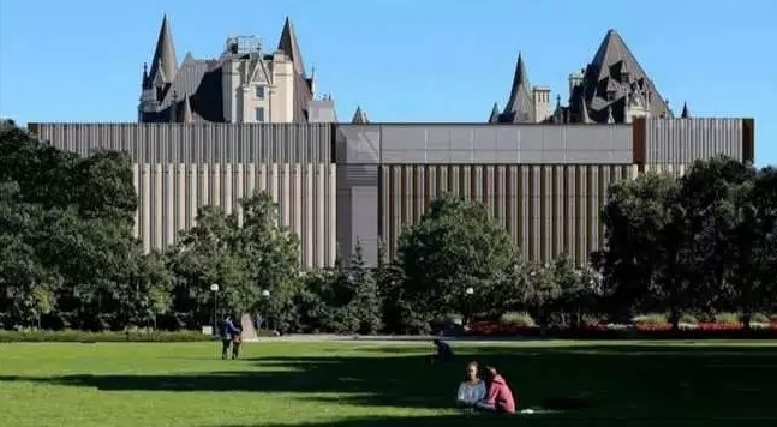 Projected image of what the Chateau Laurier addition will look like and how it will block the view of the French castle style architecture behind it. Although the addition has been approved, Heritage critics are looking at ways they can still stop it (Barry Padolsky Associates Inc Architects) 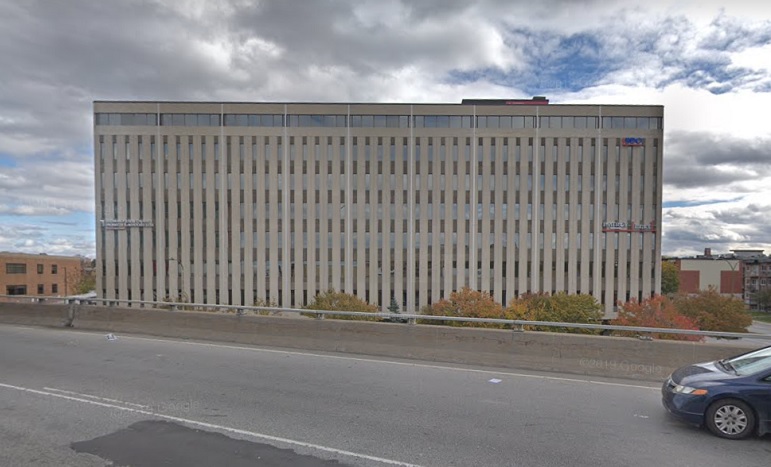 The new Edmonton library is being said by its detractors to resemble a tank, a futuristic warship, a modern cruise ship, not as it was portrayed to be (as in a bad Tinder dating profile), and just plain “ugly”. 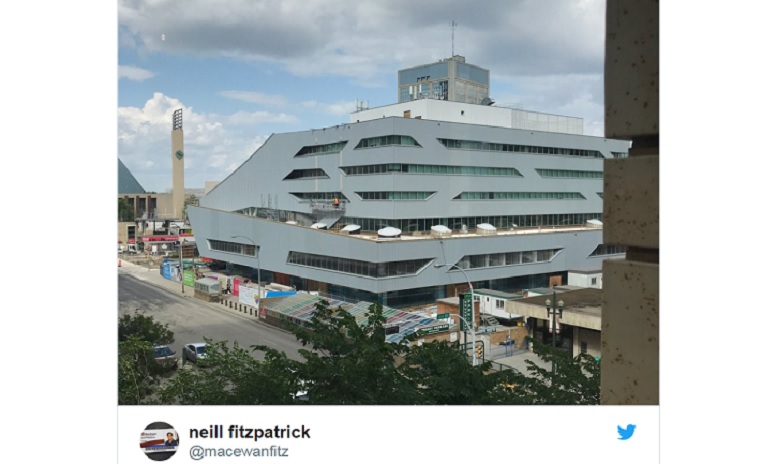 The new library is built around the basic foundation of the 1967 Centennial library, renamed the Stanley A Milner library in 1969. 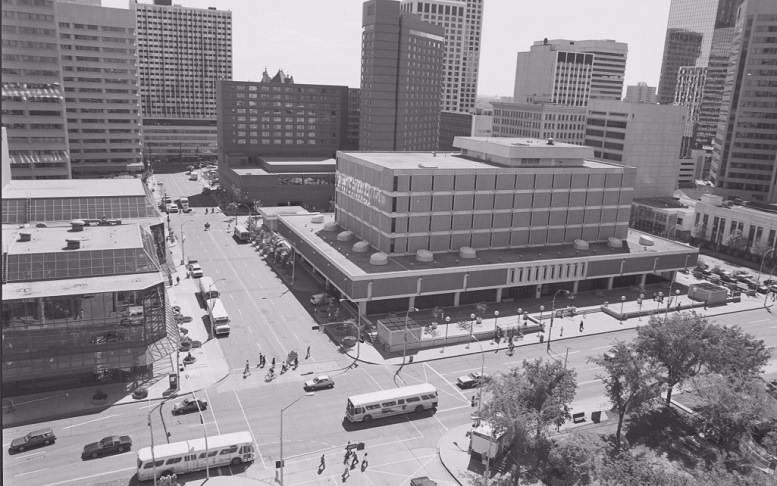 Edmonton’s Centennial/Milner Library in the late 1960’s. Somewhat of a bunker-looking building outside.which is now the basic foundation for the new structure. ( via Andy Grabia-twitter)

The contractor says unexpected problems with the building has caused the cost estimates to balloon from the original 2014 estimate of $62.5 million to $69 million in 2017, to a new estimate of $84.5 million. 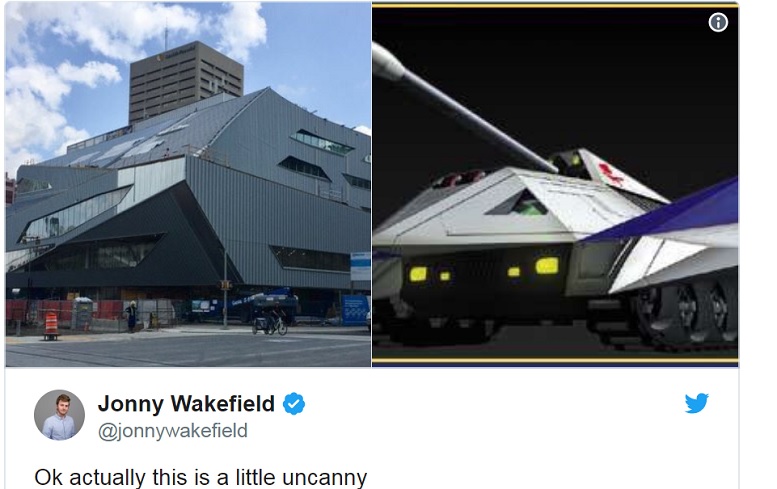 The Edmonton Public Library CEO, the city’s architect, and the mayor have all come out defending the building in the face of much criticism. They say the building is not yet complete,  and people should wait to see the final product, with the mayor adding that some of the colour and “playful elements” are not yet revealed. 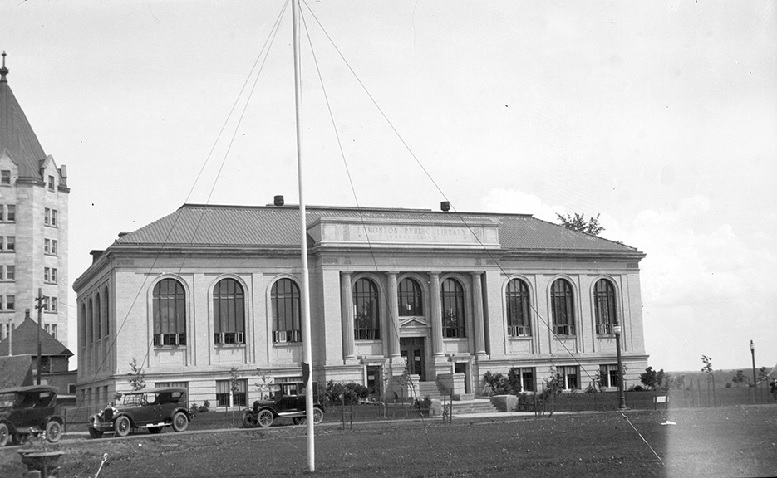 Edmonton’s original stately central library in 1924 which served into the 1960’s. Many now lament the loss of the neo-classical structure, torn down and replaced by two banal high-rise concrete office towers. (Edmonton Archives- EA-0-1)

The newly renovated Milner library is expected to be fully completed and open to the public by February 2020.