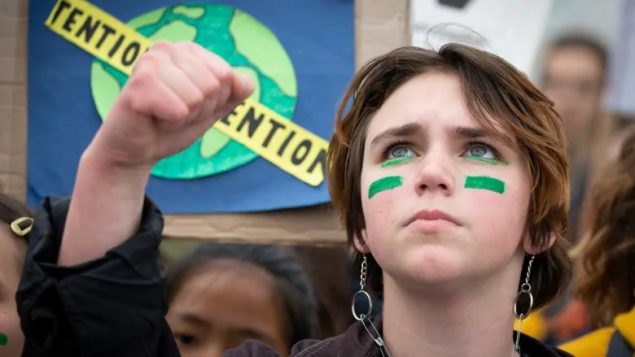 A student protester calls for action on climate change in Montreal in May. A new study finds that too many Canadian children are not getting the education they need about climate change (Ivanoh Demers/Radio-Canada)

A new study finds that a great majority of high school students in Canada may not be getting the full story about climate change.

The study found that students are taught that climate change is happening and that it is caused by humans, but that teaching is coming up short about the strength of the scientific consensus behind climate change, its impacts or solutions. 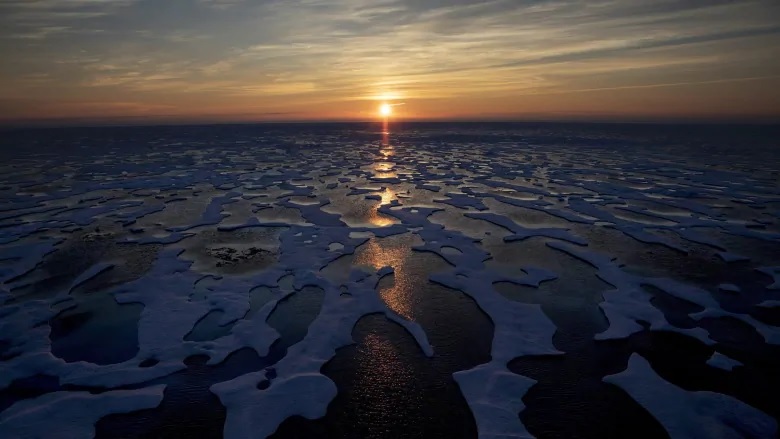 The midnight sun shines across sea ice along the Northwest Passage in the Canadian Arctic on July 22, 2017. (David Goldman/The Associated Press)

“That’s important because if students don’t understand that there are solutions or that experts agree this is a problem that’s caused by humans, they’re unlikely to be motivated to help solve the problem,” Seth Wynes, a University of British Columbia doctoral candidate who was lead author on the study, told Canadian Press.

The study, co-led by Kimberly Nicholas at Sweden’s Lund University, found only the Saskatchewan curriculum covers that there is overwhelming scientific consensus that climate change is real and only five provinces teach possible solutions for climate change. 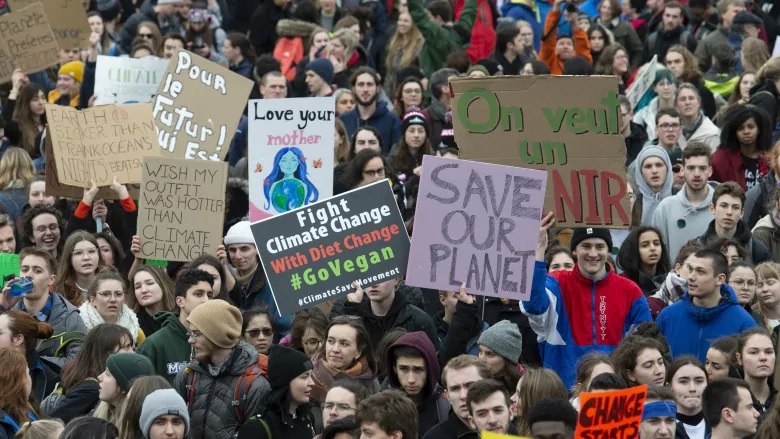 A poll in June suggested Canadians are deeply concerned about climate change, but many are unwilling to make major sacrifices to combat it. (Adrian Wyld/Canadian Press) 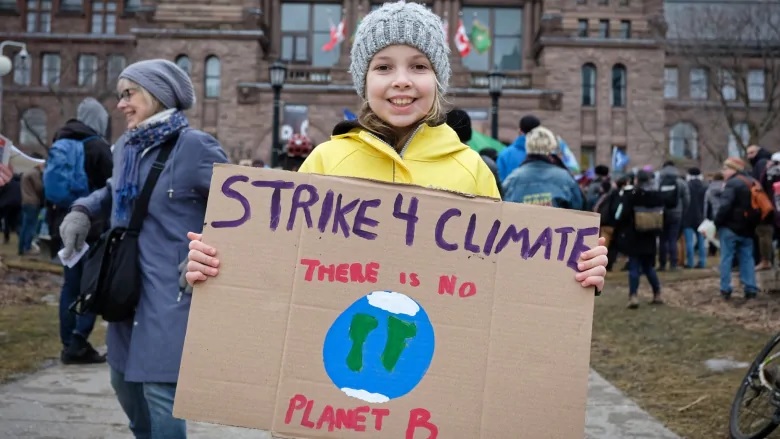 This young student was one of thousands demonstrating around Canada and the world on Friday, March 15. A new study finds that too many Canadian children are not getting the education they need about climate change. (Dwight Friesen/CBC)

He says young people “want to know they can be part of addressing the problem. And it’s important to me they’re getting the best possible information.”

With files from CP, Huffington Post, University of British Columbia