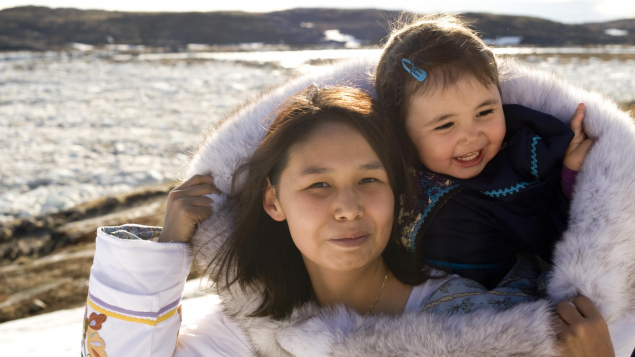 The Inuit of Nunavik are an Indigenous people who live in an isolated region of northern Quebec where conditions can be very harsh. This isolation makes them quite unique in a variety of ways, including genetically.

A new study from The Neuro (Montreal Neurological Institute and Hospital) of McGill University in Montreal shows that this population has mutations that are unique in the world and that certain genetic variants are even correlated with brain aneurysm.

To reach this conclusion, the researchers analyzed the genetic characteristics of 170 Inuit volunteers in Nunavik, a region in the Canadian Arctic. They were recruited over a period of 25 years, mainly after doctors sent them to Montreal for brain aneurysm screening.

(Below is a relationship tree diagram showing Nunavik Inuit (bottom corner) with other Indigenous populations. Credit: The Neuro)

In what they claim to be a first, researchers have managed to map a part of the genetic profile of this specific population.

Sirui Zhou, lead author of the paper and researcher at the Neuro, spoke about her findings with RCI.

To establish the uniqueness of this population, researchers compared their profile with other indigenous populations, from the Inuit of Greenland to indigenous groups in North and South America, Alaska and Siberia.

In addition to being unique, they discovered that Nunavik Inuit may also have genetic components from ancient Arctic indigenous populations as well as specific genetic traits:

As Zhou explained, the Inuit of Nunavik have distinct genetic signatures that adapted to their particular environment. She gave us an example:

Sirui Zhou gives an example of a genetic trait that has adapted to Nunavik's environment. (Photo: Justin Nobel / THE CANADIAN PRESS)

This study, published in the journal Proceedings of the National Academy of Sciences is one of the rare genetic studies to look at non-European people.

Understanding the genetic makeup of non-European peoples, especially those isolated populations with unique genetic background, such as Nunavik Inuit, could improve our ability to deliver medical therapies tailored for them as Sirui Zhou explains:

Now, the team at the Neuro will try to map the entire genome of the Nunavik Inuit to better understand it. Zhou also hopes that this study will inspire other genetic studies on Inuit or Aboriginal people.

With files from CBC and McGill University