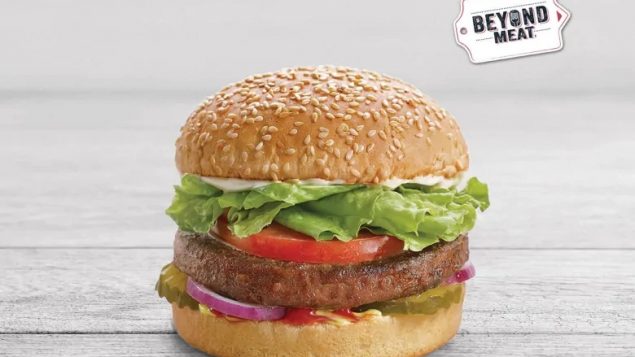 The amount of sodium in Beyond Meat burgers has prompted a blowback from many Canadians about how healthy the plant-based burgers actually are. For example, A&W's Beyond Meat burger, with bun and sauces, contains 1,110 milligrams of sodium. The restaurant chain says customers can modify their burgers to reduce the sodium. Health Canada recommends that adults aim for about 1,500 mg of sodium daily and not exceed 2,300 mg. (A&W)

As many chow down on Beyond Meat burgers, others express concern

As Canada heads to a fall election, count on a lot of politicians and pundits to remind the rest of us about the importance of so-called kitchen table issues–jobs, taxes, social security, health care, the economy–issues people supposedly discuss around their, well, kitchen tables.

(Actually, Tory leader Andrew Scheer took it to a literal level earlier this month when–in an apparent bid to win over members of the country’s dairy industry–he levelled some strong criticism at some parts of Canada’s revamped Food Guide, touching off a back-and-forth with Prime Minister Justin Trudeau.) 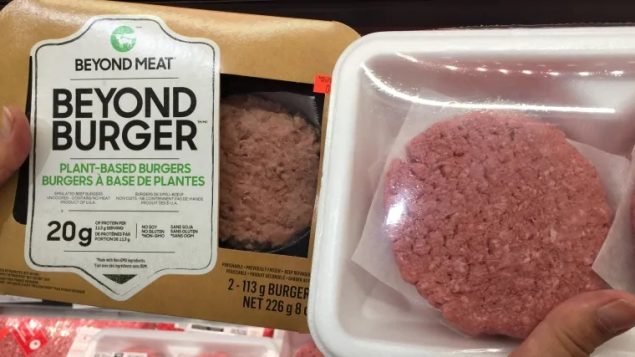 Nutrition experts say there is no research showing a Beyond Burger is a healthier food choice compared to eating beef. (CBC)

Meanwhile, a lot of Canadians are discussing another kitchen (or dining)  table item; the Beyond Meat plant-based burger, designed taste just like meat.

This spring the California company Beyond Meat that created the burger and is developing others  escalated its pitch for the Canadian market by lining up fast-food and grocery chains to carry its products. 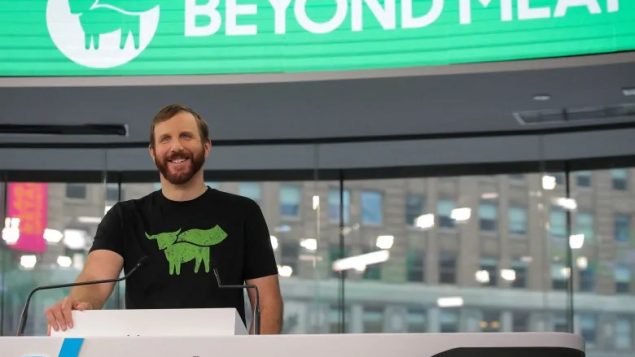 Ethan Brown, founder and CEO of Beyond Meat, says comparing the nutritional composition of a Beyond Burger with beef is too simplistic because it doesn’t factor in the reported health risks–such as cancer and heart disease–that are associated with eating red and processed meat. (Brendan McDermid/Reuters)

So far, the burger has been a major success, but lately there’s been blowblack from many health-conscious Canadians concerned–among other things–about the amount of sodium in the burgers.

The company says the fears are ill-founded–that its plant-based products don’t come with the major health risks of certain meats, pointing to studies that support that view. 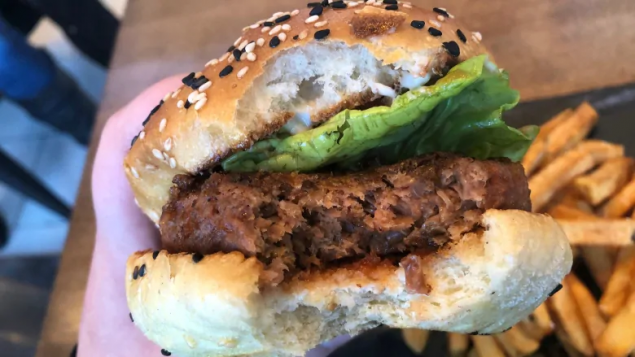 Canadians are eating up U.S.-based Beyond Meat’s plant-based burger. But is it better for you than beef? (Elizabeth Chorney-Booth)

Nutrition experts interviewed by CBC News say there is no hard scientific data–at least not yet–to show that a processed ;plant-based patty trumps an old-fashioned hamburger.

To try to get a better reading on the issue, I spoke with Kate Comeau, a dietician and a spokesperson for Dieticians of Canada.