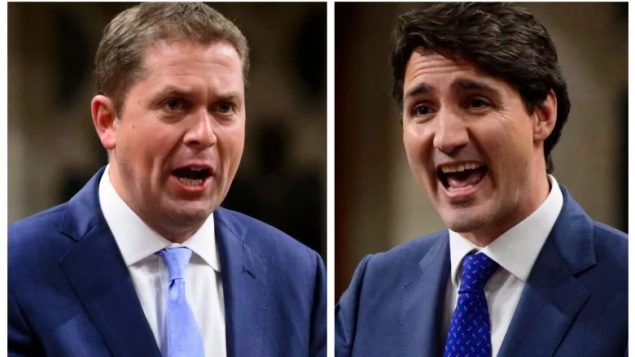 Prime Minister Justin Trudeau, right, is dismissing Conservative Leader Andrew Scheer's attack on the Canada Food Guide, insisting his government's update to the guide is based on evidence. (Canadian Press)

Trudeau and Scheer square off over revamped Food Guide

The combatants: the two men who will face off in a general election this fall to decide who leads the country as Canada’s next prime minister.

Let’s be perfectly clear: Prime Minister Justin Trudeau and Tory leader Andrew Scheer are not heaving buns at one another across the Commons cafeteria floor.

They are, however, expressing marked and stark differences about the value of Canada’s updated Food Guide, released in January. 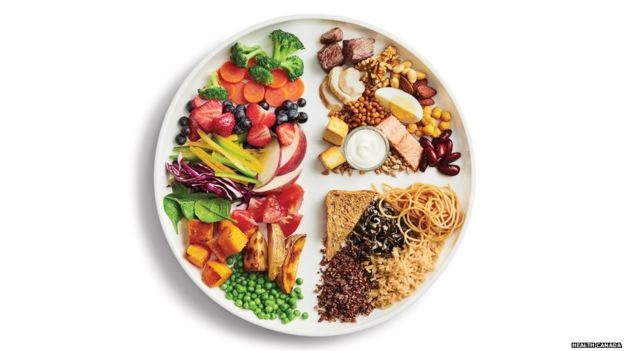 Scheer, who leads the official opposition, began the verbal fracas Wednesday, telling the Dairy Farmers of Canada’s annual general meeting in Saskatoon that he would “absolutely” review the Food Guide, which Health Canada had updated for first time since 2007.

His audience has been more than slightly cheesed about the Food Guide since its release because of its failure to recommend a daily dose of dairy and a recommendation that water serve as “a beverage of choice.”

Scheer said the Tories want the guide to “actually reflect what we know, what the science tells us.” 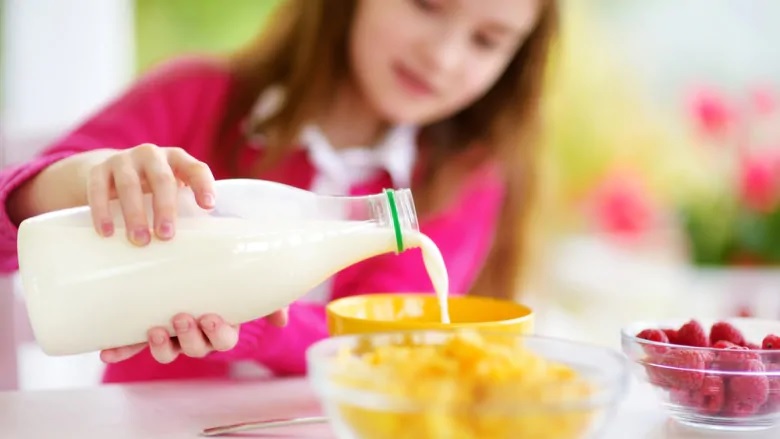 A blast from the past? Canada’s dairy industry is upset about the Food Guide’s lack of emphasis on dairy products.(Shutterstock)

“It is there to serve Canadian families. It has nothing to do with politics. But I’m not surprised the Conservatives don’t get that. We all remember they declared war on the long-form census, now they seem to be declaring war on the Canada Food Guide.”

How far and loud Scheer’s attack will resonate remains to be seen, but appealing to the dairy industry has worked for him before--helping him defeat his main competitor, Maxim Bernier, to win the 2017 Tory leadership race.

Also on Thursday, Dietitians of Canada and the Canadian Digestive Health Foundation said the Food Guide is based on science.