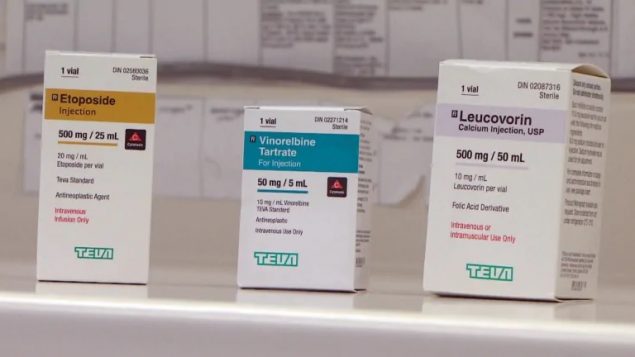 Cancer professionals are worried about shortage of some important drugs.

Oncologists and pharmacists in Canada are sounding an alarm over a shortage of three vital cancer drugs and they want Ottawa to take action on the matter.

Health Canada says it is doing just that.

The scarce drugs are Vinorelbine, approved by Health Canada for non-small lung cancer and metastatic breast cancer; Leucovorin, used to decrease the toxic side effects of two other chemo drugs; and Etoposide for lung cancer, malignant lymphomas and testicular cancer.

All are delivered intravenously to patients.

For the time being, the cancer-drug shortages have had no impact on patients, as oncologists, pharmicists and nurses have been using equally effective substitutes at hospitals in Ontario, Quebec, Nova Scotia and New Brunswick.

However there are fears the approach is unsustainable. 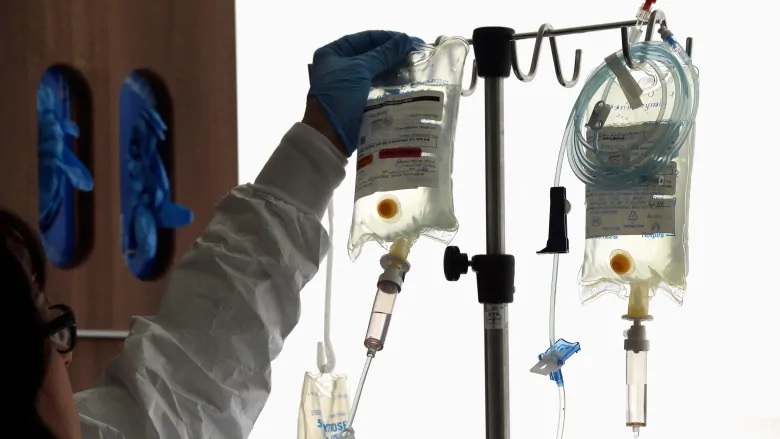 Oncologists say drug shortages are becoming more frequent in Canada. Health Canada told CBC News it ‘recognizes the impact that these shortages have on the patients who rely on these important medications and is taking action to address them.’ (Gerry Broome/The Associated Press)

“My point in raising this publicly is not to alarm patients” Dr. Gerald Batist, director of the Segal Cancer Centre at the Jewish General Hospital in Montreal, told CBC News.

“But to start to bring this into the public discourse so we have some pressure on our government and on on drug producers to find a solution to this.

“It’s not really clear that any efforts are being made to solve this problem in a more permanent way.”

Batist says legislation may be needed to force drug makers to make products available if they want to continue to sell medicines.

Health Canada says it is on the case.

In an email to CBC News, the department said it “recognizes the impact that these shortages have on patients who rely on these important medications is taking action to address them.”

Vinorelbine, Leucovorin and Etoposide are all gone off-patent, and therefore, are not as profitable to manufacture as so-called brand name medications.