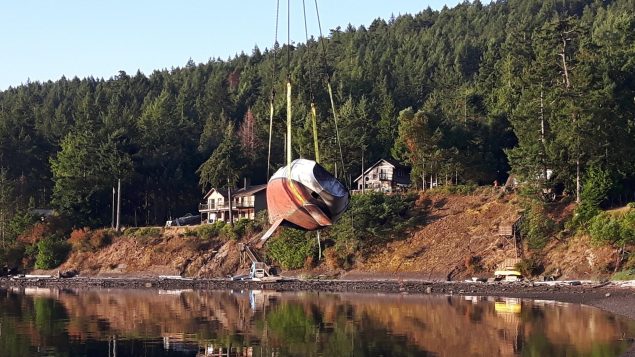 Another boat on the journey to its rightful place on Canada's West Coast. (The Dead Boat Disposal Society/Facebook)

Conservative estimates place the number of abandoned boats along Canada’s West Coast at around 1,400.

Roe, a retired motorcycle mechanic and industrial welder, is the leader of the Dead Boat Disposal Society, which (believe it or not) removes and disposes of, well, dead boats.

Roe believes there are a whole lot more than 1,400 boats cluttering up the B.C. shoreline. 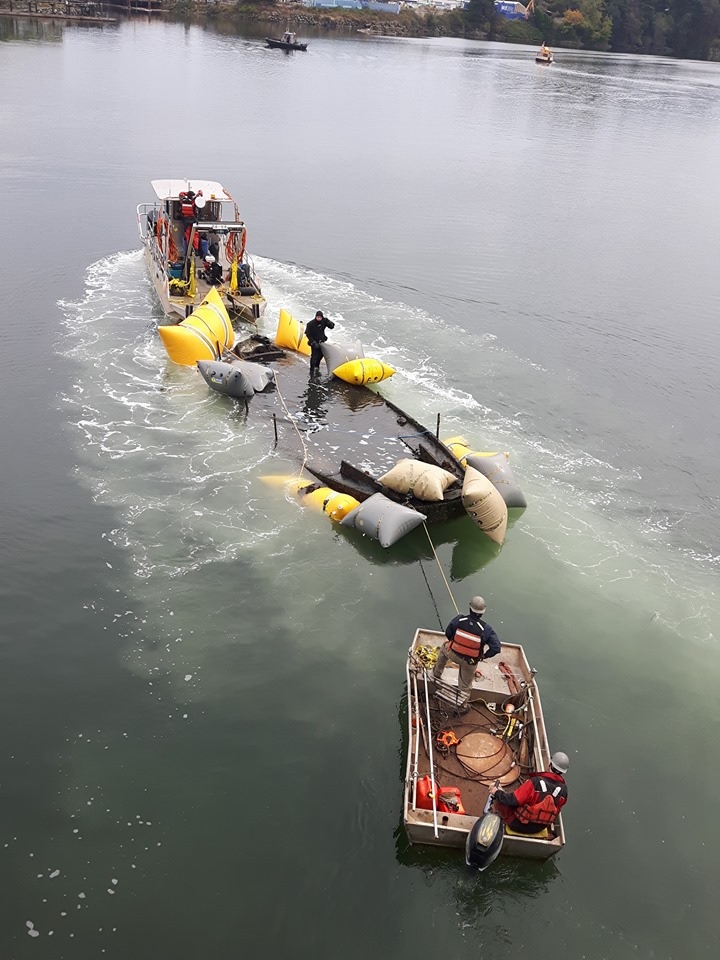 A sunken boat is removed from Victoria Harbour. (The Dead Boat Disposal Society/Facebook)

Based in Victoria, he’s basically been attacking the clutter for nearly 25 years since he began pitching in to help try to clean up Victoria Harbour in 1995.

Now, he covers the waterfront from Port Renfrew in the south up to Alaska in the north.

What started out of an avocation has essentially turned into a full-time job.

He figures he and his group, sometimes working with Transport Canada’s Abandoned Boats Program officials and workers have pulled more than 100 abandoned boats from the water

Keep in mind that the waste from one 25-foot fibreglass boat is the equivalent to 480,000 straws being dumped into the ocean. 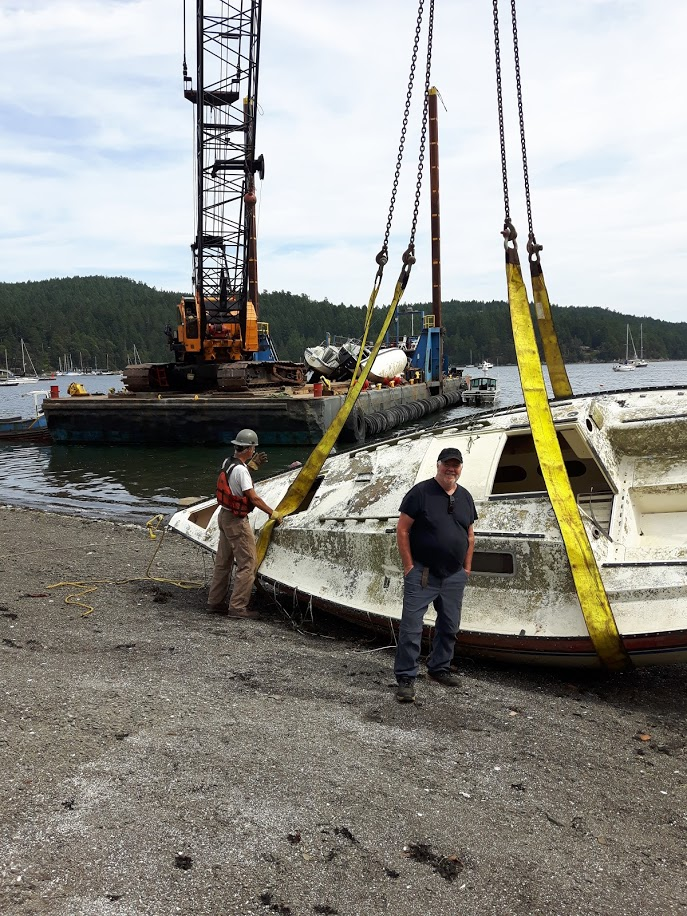 One more challenge for those crossing their fingers that oceans–heck, the planet–can be saved.

I spoke by phone with Roe on Tuesday.