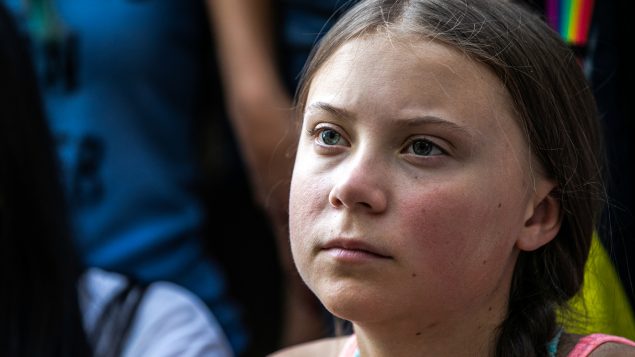 After having sailed across the Atlantic to attend the United Nations Climate Action Summit in New York, Swedish teen environmental activist Greta Thunberg will be hitting the road again, heading to Montreal at the end of the month to take part in a climate march.

The 16-year-old activist, who has galvanized tens of thousands of young people all around the world with her climate emergency message, announced her presence at the Sept. 27 event via social media on Sunday.

Organizers of the march – La Planète s’invite au Parlement – said Thunberg had previously expressed her interest in coming to Montreal to participate in the event, which is expected to draw thousands of participants.

Sept 20 and 27 the World strikes again! Everyone is welcome, everyone is needed. I’ll be in New York 20/9 and in Montreal 27/9. Find or register your local strike at https://t.co/G06WbXNvl1 or local websites. Spread the word! #fridaysforfuture #climatestrike #schoolstrike4climate pic.twitter.com/BNI7ZywpsL

Thunberg had praised Montreal on social media for its large-scale turnout in the previous global demonstration back in March.

Before she arrives in Montreal, Thunberg will also take part in a march in New York City on Sept. 20.

Thunberg’s climate advocacy and her refusal to fly to New York because of the carbon emissions involved in jet travel has generated enormous media attention.

But the teen activist, who is currently in New York to spread her message on the importance of fighting against the climate crisis, has also had her share of detractors.

GRETA IS COMING! GRETA IS COMING! @GretaThunberg is joining tens of thousands of other students in #Montreal as people rise for #climate action across the country and the planet. Find your march today: https://t.co/yxybAcjDv2.#ActOnClimate #cdnpoli #ClimateStrike #GreenNewDeal pic.twitter.com/y8svL7oEdl

The attack came two days after Thunberg discussed her Asperger’s syndrome, which she said means she is “sometimes a bit different from the norm.”

After catching more than a bit of flack, Bernier tempered his tune, tweeting that he was “absolutely not trying to denigrate her or whoever deals” with conditions that Thunberg deals with.

Bernier called Thunberg a “brave young woman” who has been able to “overcome her problems and deserves our admiration for that.”

“I wanted to show that the choice of influential groups and the media to make her a spokesperson for climate alarmism is not innocent,” Bernier said.

“These groups use this young woman as a pawn and as a shield to prevent any criticism of the message. That’s the real scandal.”