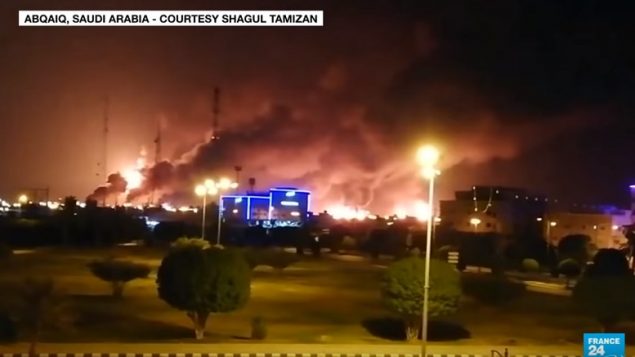 The fires at the Abqaiq refinery light up the sky as several drones successfully hit specific targets of the facility. (amateur video- France 24- YouTube)

Two Saudi oil refineries suffered a surprise attack on Saturday by drone or small cruise-type missiles. The U.S is blaming Iran and rattling its sabre. The regional Houthi rebels in Yemen however are claiming responsibility.

James Devine, associate professor in political science and international relations at Mount Allison University in New Brunswick, specialises in the politics and foreign policy of Iran. 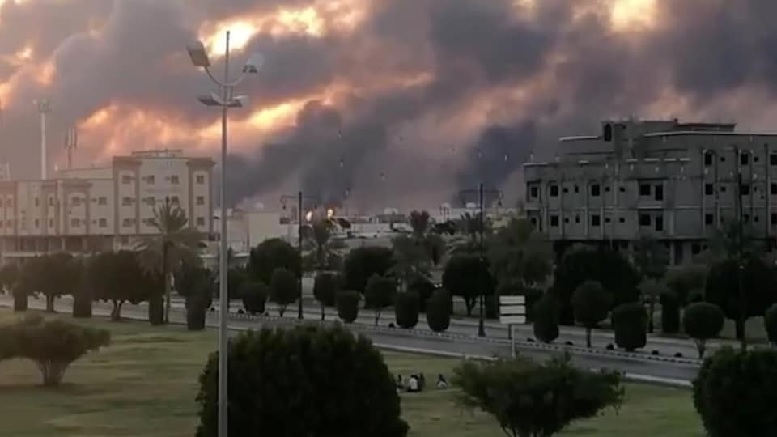 Thick smoke fills the air at Abqaiq from the many fires. Abqaiq was one of two refineries attacked on Saturday. The extent of damage at the two refineries is not yet known, nor the eventual effect of oil prices and world economy. (Reuters)

Saudi production has been halved which represents about 5% of the world’s supply.

This has resulted in an immediate spike in oil prices, but which also seems so far not to be long-lived. 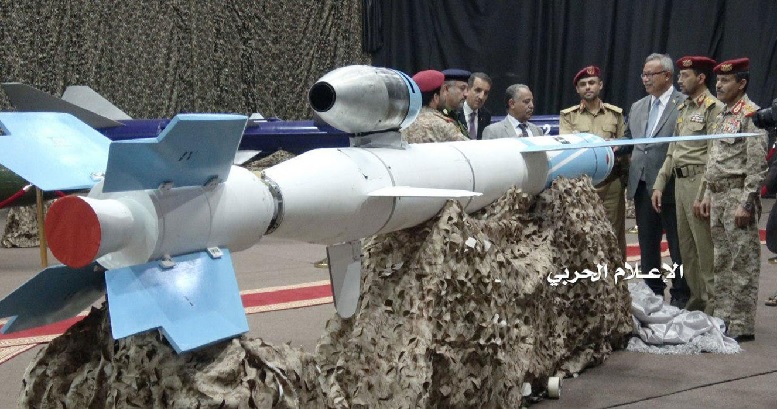 In July, Houthi officials unveiled their locally produced version of the Quds-1 cruise type drone missile. These are believed to be used in the oilfield attacks. (Houthi media- via bulletin of the atomic scientists)

Professor Devine says that if indeed Iran is behind the attack it could be their way of demonstrating that if the U.S with its sanctions is attempting to harm Iran’s economy, they have ways of fighting back and affecting the U.S and its allies. 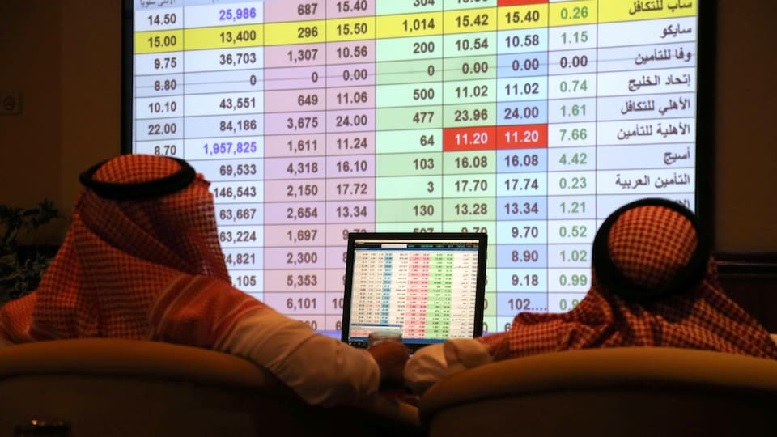 He also says if it was the Houthis, it could be as a proxy for Iran, or perhaps for their own purposes as retaliation for Saudi support of their enemies in the Yemeni civil war.

While oil prices may stabilize, experts are uncertain about stability in the region as a result of the attacks. For the moment everyone seems to be taking a “wait and see” position.

Meanwhile analysts are suggesting that this could provide some pressure in the U.S to approve the Keystone XL pipeline to Canada’s oilfields, promoted by many, including Alberta’s Premier, as the most secure source of oil in the world.