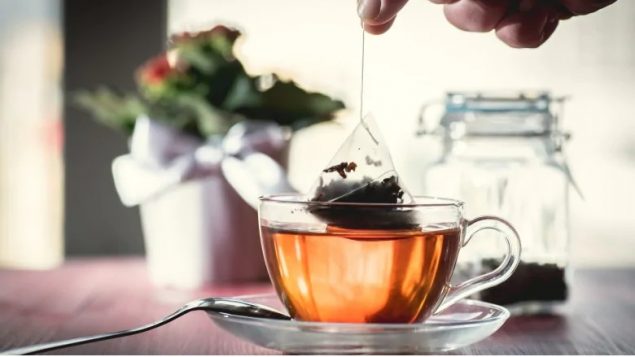 Premium tea: Are you drinking microplastics?

It what may be a surprising if not alarming study, drinkers of premium teas could be ingesting substantial amounts of microplastics.

The study from McGill University in Montreal examined the use of so-called “silken” teabags instead of typical paper teabags. These often pyramid shaped “silken” teabags are associated with higher-priced premium teas, but are actually made with the same type of plastic (PET) commonly used in plastic drink containers. 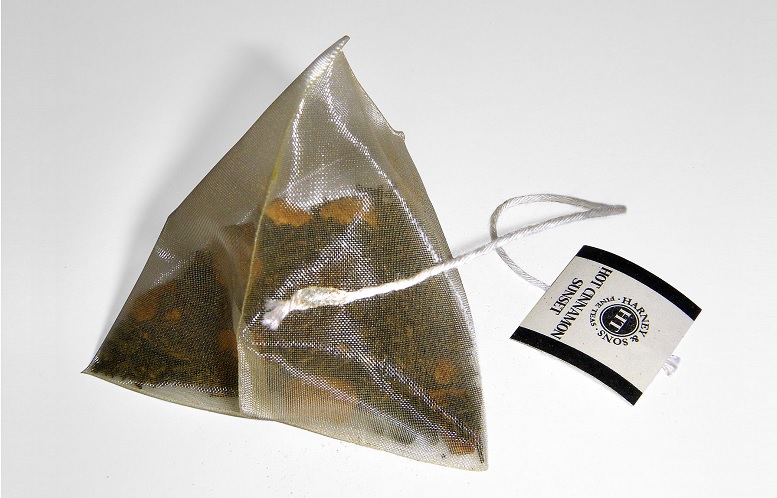 The McGill study found that the bags dunked in extremely hot or boiling water can release surprisingly high quantities of microplastic and nanoplastic particles.

It was published in the Journal of Environmental Science & Technology under the title, Plastic Teabags Release Billions of Microparticles and Nanoparticles into Tea” ( abstract and open access here)

Chemical engineering professor Natalie Tufenkji, tested four brands of the “silken” teabags and while she had suspected some plastic particles,  the research team was extremely surprised at the amount released 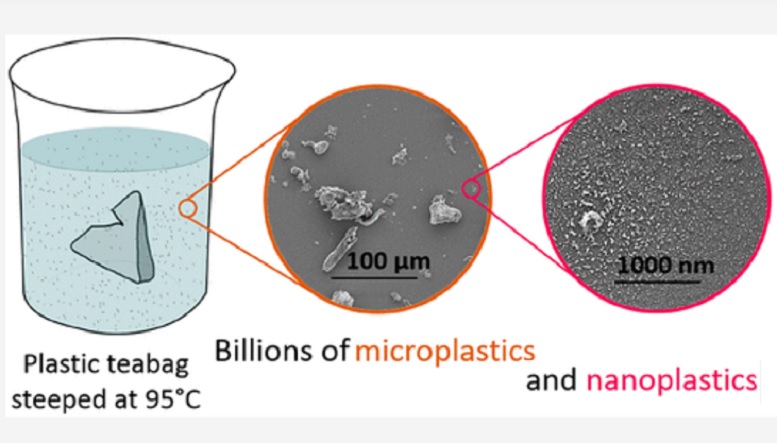 Analysing the leachate from the plastic teabags under electron microscope revealed high levels of microplastic, and even smaller nanoplastic particles (LM Hernandez et all, McGill U)

Speaking on a CBC news show she said “we were really shocked when we saw that the teabags were releasing billions of plastic particles into a cup of tea”.

They found that a single cup of one such teabag could contain 11.6 billion microplastic and 3.1 billion nanoplastic particles, about the size of pollen. This is a much higher rate than quantities of microplastics found in tap water, table salt or other products and  equates to a total about one-sixtieth of a milligram of plastic per cup of tea.

Scientists don’t yet know what the effects might be on humans from consumption of micro, or nanoplastic particles.

Nanoparticles can pass into the bloodstream and can cross into cells.

Tufenkji says the results show more study needs to be done on potential health concerns associated with consumption of micro and nanoplastics, but in the meantime she suggests sticking with paper teabags not only for the potential health concerns, but if nothing else to avoid the single use plastic ones which only add to the world’s plastic pollution problem.

Her research group now plans to study other plastic packaging and how they may be releasing plastic particles into food and drink.