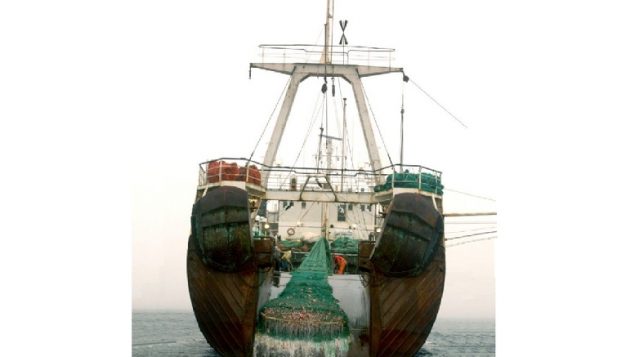 Many developing countries sell fishing rights off their coasts to foreign fleets for needed foreign money, but deprive their own population of the nutrition available from the resource.(Virginia Lee Hunter -Greenpeace

Study: a nutrition resource being lost or ignored in developing countries

A new study shows the nutritional value of differing fish species available in differing ecosystems, but also how policies and misunderstanding of nutrition means that resource is being squandered in countries where it is most needed.

The study shows the various important micronutrients in differing types of fish, a resource which could solve serious malnutrition and developmental concerns among children in poorer or developing countries.

The solution often lies in the fish resources off those countries own coasts. Co-author Aaron MacNeil (PhD),  is an associate professor and Canada Research Chair in fisheries ecology in the biology department of Dalhousie University, Halifax, Nova Scotia

Aaron MacNeil (PhD) of Dalhousie University, Halifax, talks about a study showing the nutritional value of various fish species and advantage for developing countries to make use of this resource to improve health of their population

The study involving researchers in Canada, the U.K. and U.S. was published last week in the journal Nature under the title “Harnessing Global Fisheries to Tackle Micronutrient Deficiencies“. (abstact here)

The authors begin by noting that micronutrient deficiencies account for an estimated one million premature deaths annually and can reduce gross domestic product by up to 11%. In developing countries this can be a significant impediment to advancement

In studying nutrients in some 350 fish species in various areas of the world, they found that some of the fish near vulnerable regions contained some of the more nutritious species. 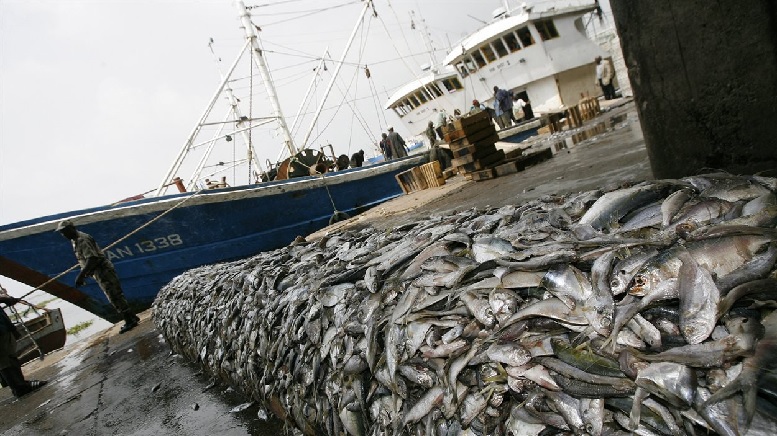 Although not a part of the report, illegal fishing-basically resource theft- is a serious problem for poorer countries that don’t have adequate resources to halt the practice. Here, fish seized from two Chinese vessels in 2007 for illegal practices in waters of the Ivory Coast. A headline in a Radio-Canada report of April 4 2013 says China takes 4.6 million tonnes of fish annually from the oceans, more than 12 times their claim of 368,000 tonnes. (AFP/KAMBOU SIA-via Radio Canada)

MacNeil points out that many cultures and regions in the developing world have a very limited diet consisting for example of only a few staples such as rice, but that pregnant women and young children especially could see considerable health improvements if even a small percentage of local fish was included in their diet. 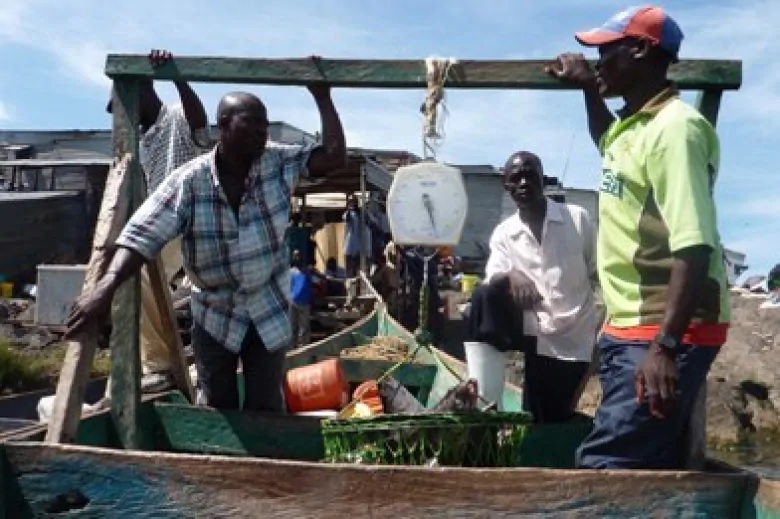 MacNeil notes that to generate wealth some developing countries sell off access to fish resources off their coasts to foreign fleets greatly reducing the fish resource for domestic needs,  or in the case of small boat local fishermen, the catch may be sold off for money to buy other sources of protein, such as meat, but which contain fewer amounts of protein.

One of the main points of the study was to highlight the international need to help developing countries retain a portion of this resource for their own populations, and also to promote the resource and benefits of certain species of fish, in cultures or regions inshore where fish is not a common food, or certain species are not considered food.