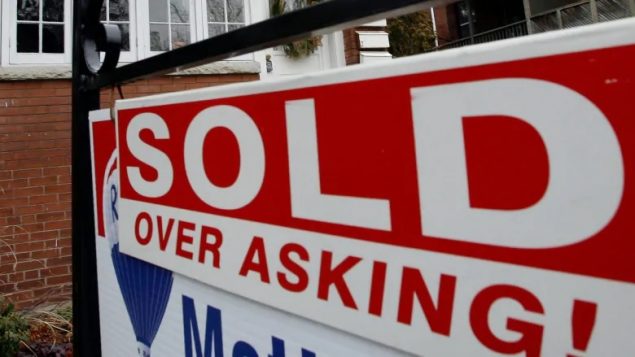 A common sight as bidding wars increase in a hot market in major cities all across Canada. A recent study of just two Canadian cities put real estate among the most overvalued in the world (Mike Cassese-Reuters)

Canada: Among the most overpriced city housing in world

Several international rankings have consistently placed Canadian cities at or near the top of “best cities” in the world on a variety of criteria including things like safety, livability, education opportunities etc. However, a new ranking has also just listed two cities in this country among the most overpriced in terms of housing affordability.

The cost of housing in Canada, house prices and rent, has also become a major issue in the current federal election campaign.

The new ranking by the Zurich-based UBS global wealth management ranked 24 major world cities in terms of value versus real estate prices and risk of a bubble. Two Canadian cities, Toronto, Ontario, and Vancouver, British Columbia, were among the cities on the list and both are listed among the most highly overpriced.

UBS placed Toronto in the number two position behind Munich as most overvalued and at risk of a bubble collapse. 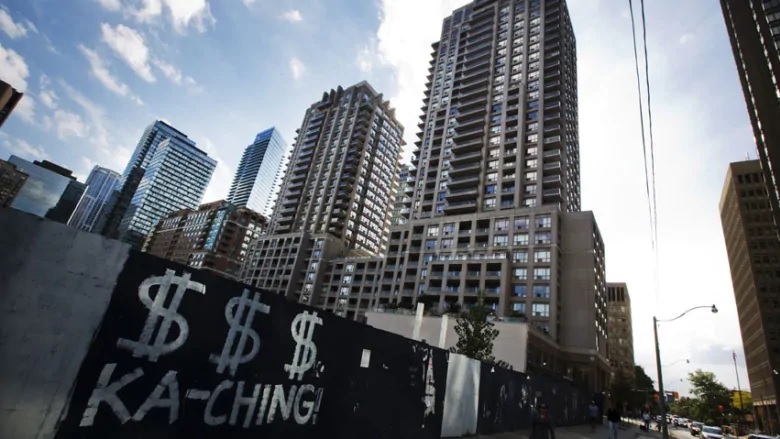 As young buyers are increasingly being priced out of the detached house market in Canadian cities, they’ve been turning toward condo purchases. This has been pushing up prices ever higher for these units. Toronto is listed as the second most  overpriced and at risk of a bubble. The rating says around the world people with average salaries often find they can longer afford to buy a small apartment (Mark Blinch-Reuters)

In fact both Canadian cities have made the bubble risk list for the last three years. The recent introduction in both cities of a foreign buyers tax and tighter mortgage rules have not really changed their rating much although Vancouver, long noted as the most expensive city in Canada, has seen prices decline slightly but is still was high on the list of 24 world cities being placed at number six.

The study also notes median salary increase around the world has risen by 25 per cent over the last ten years, while real estate has risen by 65 per cent.

For many years analysts have predicted the Canadian real-estate bubble will burst, but without any sign of it actually happening. The Swiss firm tends to agree at least for the time being, “A major price correction seems unlikely in the short term given improving mortgage conditions, a weakening Canadian dollar and falling supply”.  It also says however that the rapidly increasing price frenzy may slow due to concerns about slower economic growth in the country..

Worldwide the bank said the price growth rates have continued to slow, but that even buying a small apartment has become beyond the reach“of people who earn the average annual incomes in the highly-skilled service sector in most world cities”.