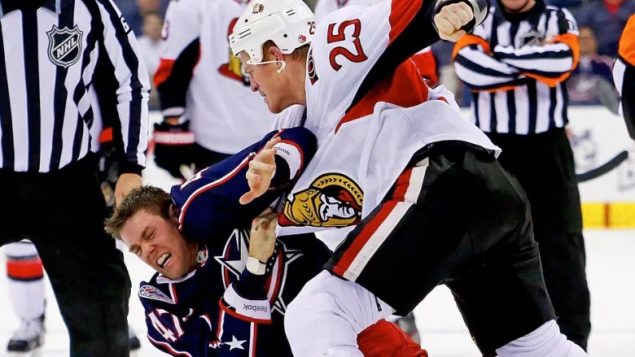 Senators tough guy Chris Neil, right, seen here fighting Dalton Prout of the Blue Jackets in November 2013, said at the time he, believes there would be more illegal stick work if the NHL banned fighting. That attitude among players and fans is slowly changing . Author Allingham says it needs to change faster (Kirk Irwin/Getty Images)

Hockey- the human cost of fighting

The National Hockey League regular season games begin today.  When it comes to hockey, arguably Canada’s favourite sport, the funny saying goes, “I went to see the fights and a hockey game broke out”.

Many ardently believe the deliberately hard checking and the fighting are a part of the game, but the concussions are costly. Jeremy Allingham is author of Major Misconduct: The Human Cost of Fighting in Hockey. The book looks at just three of the many former players whose lives have been torn apart by hockey fights. 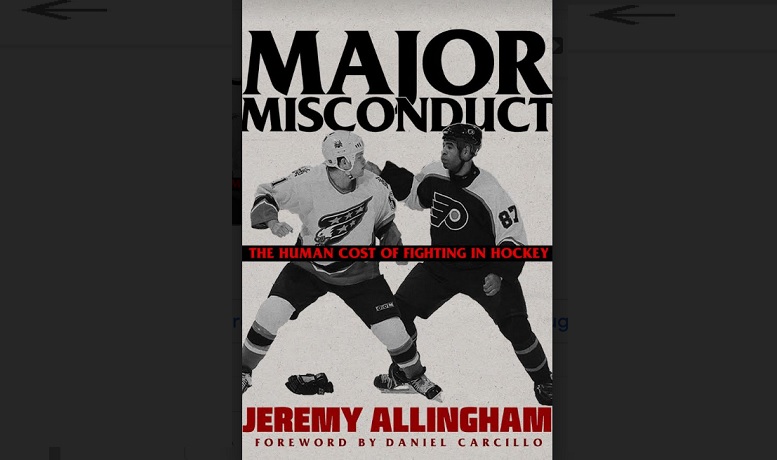 For many fans however, at all levels from the juniors up to the NHL, the thrill of watching bare knuckle brawls on the ice is as much a draw to the game as the skill of playing the game. Some sports writers and commentators even try to justify the violence. 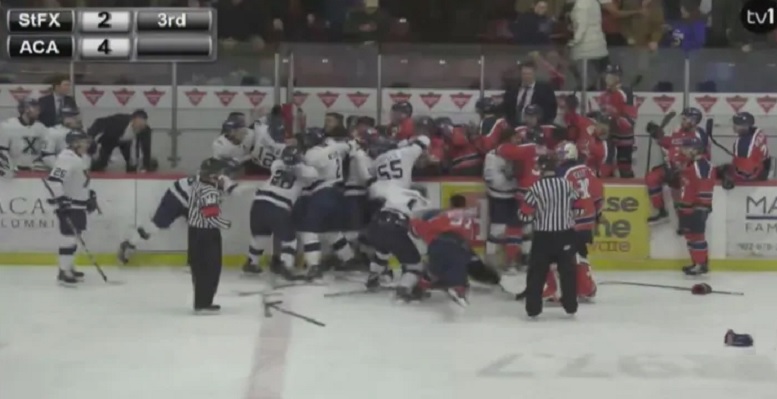 A centre-ice fight escalated into a bench-clearing brawl between two university teams in February of this year. More than 20 suspensions were handed out by the Atlantic University Sports authority (AUS via CBC)

On the other side, people say if these fights occurred outside on the street, they’d be illegal, and there would be arrests and possibly even lawsuits. 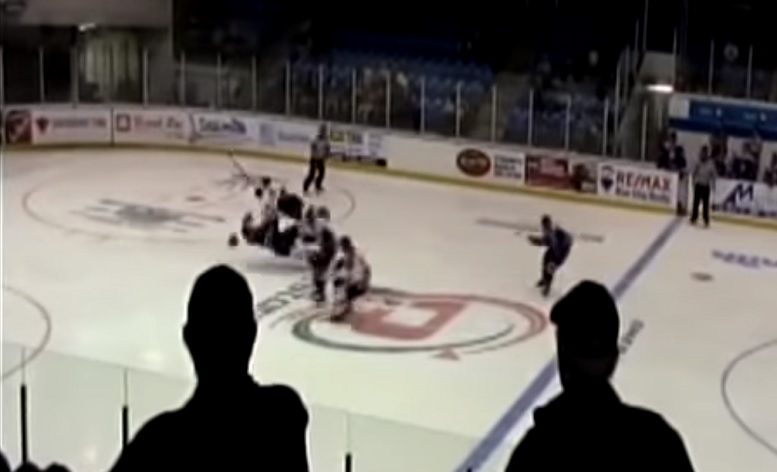 Last month A Sasketchewan junior player deliberately rammed into the goalie causing the loss of several teeth and a consussion. Some spectators applauded the hit and subsequent brawl. Later the player showed no remorse in a profanity-laced video. He has been suspended for the season..SJHL-Hockey TV- Youtube)

The number of fights in the NHL is however decreasing slowly and efforts to further reduce the practice through stiffer rules, especially in the minor leagues are being instituted. However there is still a pervasive and lingering macho attitude prevalent that fighting is part of the game. 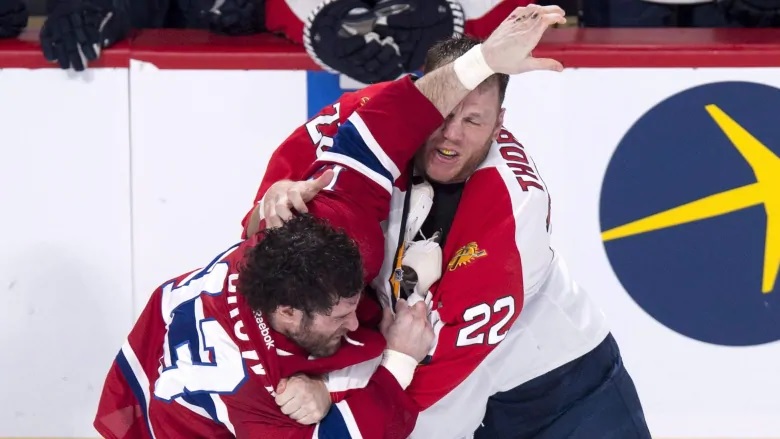 The Montreal Canadiens’ Mike Brown and Florida Panthers’ Shawn Thornton square off during a March game in Montreal. Thornton used to scan the roster of his team’s next opponent for players he might have to fight, but in today’s NHL that’s no longer necessary. It’s a new reality embraced by the 38-year-old one-time enforcer. (Paul Chiasson/Canadian Press)

Allingham’s book shows that the lingering effects of that can be devastating in later life, not only to players but to the family and friends around them. He says although fight numbers are declining, there are still far too many of them at all levels of the game.