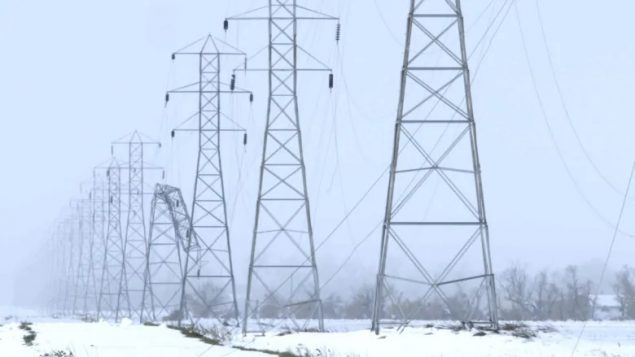 Manitoba Hydro poles and lines are down all over the province after a massive storm hammered the southern half, forcing many from First Nations communities to take shelter at temporary facilities in Winnipeg. (Submitted by Manitoba Hydro)

Hundreds of people, many of them from First Nations communities, continue to grapple with the after-effects of the severe snowstorm that blanketed southern Manitoba last Friday, leaving thousands without electricity.

Officials say it will take days to restore power in some areas that were hit by the storm marked by heavy snow, freezing rain and strong winds that snapped trees and hydro poles, prompting the province, the city of Winnipeg and some First Nations communities to declare states of emergency.

An emergency shelter has been set up in downtown Winnipeg to house about 1,000 evacuees from at least 16 First Nations communities. 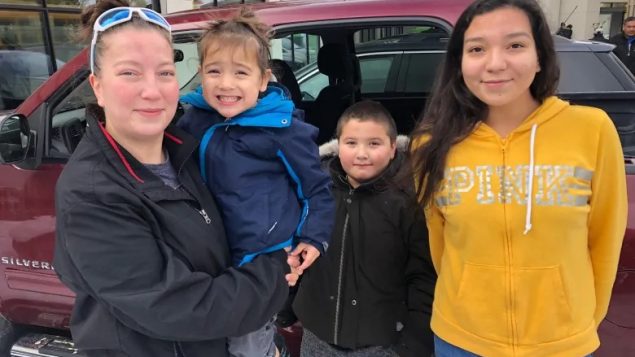 Erynn Moar and her three children, drove to Winnipeg from their home in Lake Manitoba First Nation on Saturday after two days without power. (Trevor Brine/CBC)

Another shelter was scheduled to open Monday afternoon.

“People are just looking for warmth and something to eat,” Jerry Daniels, grand chief of the Southern Chiefs Organization, told CBC News.

“The necessities are what people are worried about,”

Daniels says he is concerned about overcrowding in emergency shelters, especially for the vulnerable.

“We’re hoping to keep out elders and those who are sick in much more comfortable situations, including local hotels,” he said. 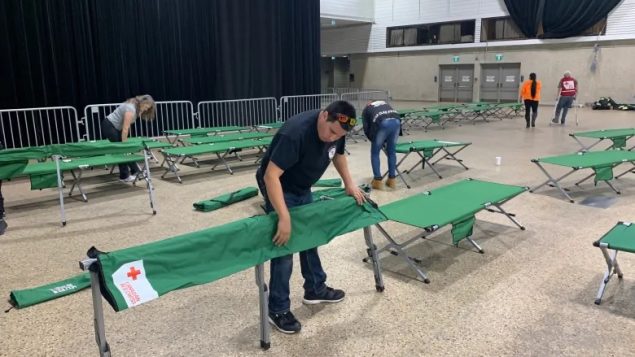 Volunteers from the Red Cross set up cots for evacuees to sleep on at the RBC Convention Centre in Winnipeg. (Ian Froese/CBC)

When the storm first hit Friday, some 37,000 Manitoba Hydro customers across the province, including 26,000 in Winnipeg, lost power, including the entire city of Portage la Prairie.

“Trees twisted up, building facades twisted off and roofs peeled back and whatnot,” she said. 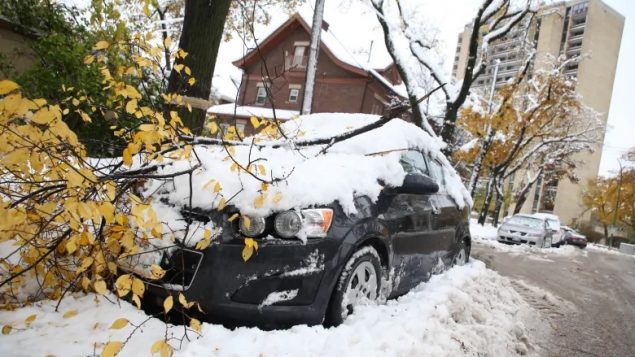 Many vehicles have been damaged from falling tree branches. (Austin Grabish/CBC)

Officials said Monday morning that that 21,000 Manitoba Hydro customers were still without power, 900 of them in Winnipeg.

“We’ve got significant damage. We do have crews from SaskPower, Minnesota Power and Hydro One (from Ontario) helping us to tackle what we’ve go ahead of us over the next seven to 10 days, “Manitoba Hydro spokesman Bruce Owen told CBC News.