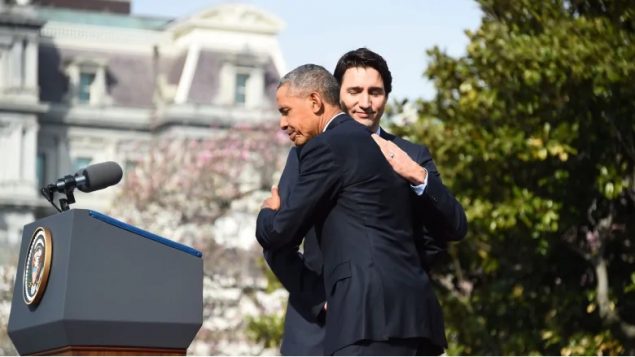 Justin Trudeau and Barack Obama share a hug on stage in Washington DC in 2016. The relationship was labelled a "bromance". Now Canadians are accusing the American of meddling in Canadian affairs (Jim-Watson-AFP-Getty-images)

With the huge scandal in American politics about potential foreign influence in their presidential election comes a whiff of interference in Canada’s federal election, and from an unusual source,

Earlier this year it was revealed that Canada’s ambassador to China, John McCallum, a long-time influential member of the federal Liberal Party, had suggested to Chinese officials that China should use its means to help re-elect Justin Trudeau and the Liberals. That request for foreign interference cost him his job. 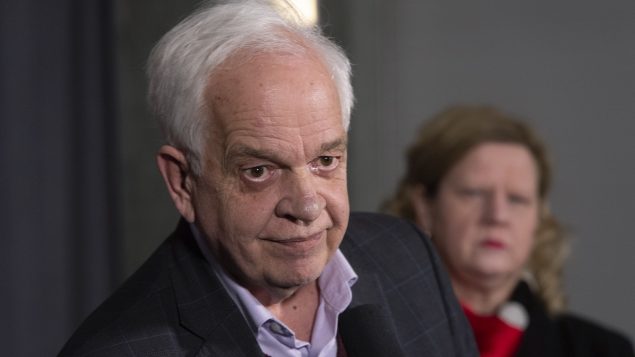 Earlier this year long time Liberal John McCallum was removed as ambassador to China after new he had asked China to interfere in Canada’s election to favour the Liberals. (Paul Chiasson/THE CANADIAN PRESS)

In what one reporter called “unprecedented”,  former U.S President Barack Obama seems to have stuck his oar into Canada’s election with a pro-Trudeau tweet yesterday.

In it he mentioned Trudeau working on issues like climate change.

Reaction has been swift.

However, a member of Quebec’s provincial legislature, Christopher Skeete, politely asked the American to keep out of Canada’s election. 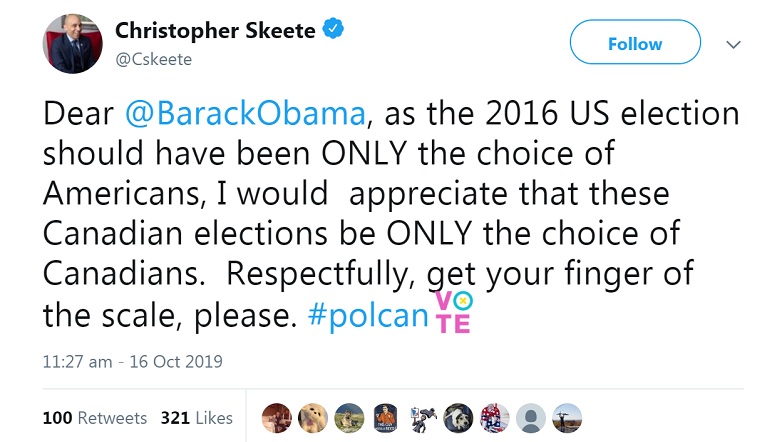 A contributor to the influential magazine Maclean’s responded as well criticising Obama and his claim regarding the climate file. Andray Domise tweeted “The two of these men utterly failed to move the needle on both climate policy and the concomitant refugee crisis it’s about to precipitate. Enjoy your retirement (Obama)  while the rest of us clean up the mess.

Another well-known pundit Stephen Taylor, now connected to the Conservative party campaign wrote. “Canadians were worried about Russian interference, maybe Chinese interference. Looks like the foreign interference in our election was to be American!”.

Federal New Democratic Party (NDP) leader Jagmeet Singh speaking to reporters said he thought Obama was backing the wrong person. Quoted in the CBC he said. “Mr. Trudeau has really let down people and consistently chosen to help out the powerful and the wealthy over Canadians”. 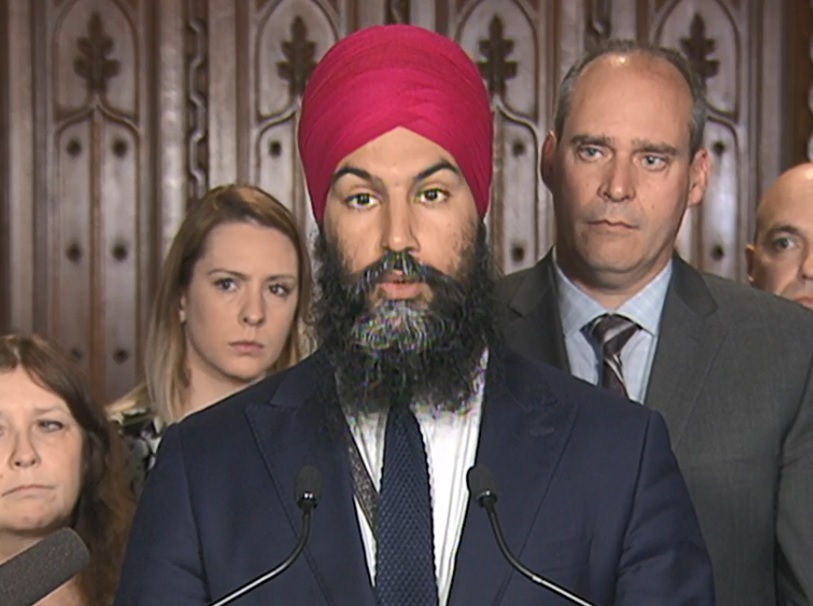 Conservative leader Andrew Scheer said he wasn’t interested in what foreign leaders are saying and wouldn’t speculate  on why Obama made the endorsement. Some analysts suggest because the Liberals are struggling they may have sought the former American leader’s help.

Another critical reaction came from Conservative Senator Denise Batters who tweeted that a foreigner like Obama could make such and endorsement because of changes to the law made by the Liberals, and suggesting former Trudeau personal friend and close advisor Gerry Butts was involved.  “ Guess this was Gerry Butts’ plan when the Trudeau government repealed section 331 of the Canada Elections Act last year with Bill #C76:“No person who does not reside in Canada shall, during an election period, in any way induce electors to vote or refrain from voting…”

However, whether it would or would not have violated the previous law before the Liberal change, Elections Canada responded to journalist requests saying “All individuals, Canadian or non-Canadian, are free to express their views on any topic during an election. A foreign citizen supporting a candidate does not in itself constitute an instance of foreign influence.”

Further clarification from Elections Canada in an email added ” A foreign citizen speaking at an event organized in Canada does not by itself constitute an instance of undue foreign influence under the Act. Who has incurred the expenses and for what reason would be among the factors that need to be considered before determining if undue foreign influence has taken place. Investigation and enforcement of the Act are the mandate of the Commissioner of Canada Elections and are mainly based on complaints received by the Commissioner

Current polling indicates the front running Conservative and Liberal parties are neck and neck with only a few days left before the Oct 21 vote.