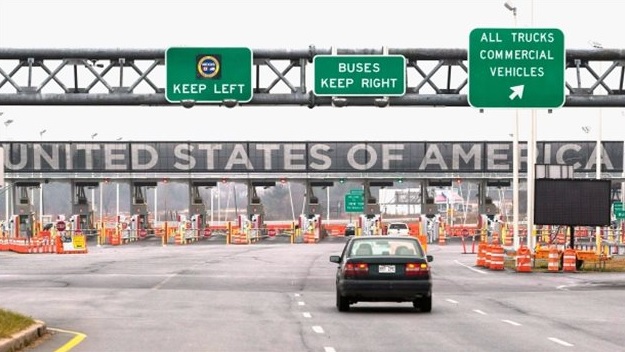 An agreement obliging Canada to return asylum-seekers to the U.S. is being called unconstitutional. ( Ryan Remiorz/The Canadian Press)

Lawyers to argue sending refugee claimants back to U.S. is illegal

Demonstrators will rally in front of a court in Toronto to support a legal challenge to the Safe Third Country Agreement between Canada and the U.S. Because of this agreement, refugee claimants who arrive at official Canadian border crossings from the U.S. are turned back on the assumption that the U.S. is a safe country for them. Three groups and individuals are challenging that assumption based on Canada’s Charter of Rights and Freedoms.

Those who have launched the court case have submitted what they say is “extensive evidence that the U.S. system fails in many ways to protect refugees and that people turned back from Canada under the Safe Third Country Agreement are at risk of being sent in turn by the U.S. to face persecution, torture and even death in their home countries.”

A court ruled in 1985 that refugees at the Canadian border are guaranteed charter rights as is anyone inside the country. So, lawyers will argue that the Safe Third Country Agreement violates refugee claimants’ charter rights to life, liberty and security of the person. 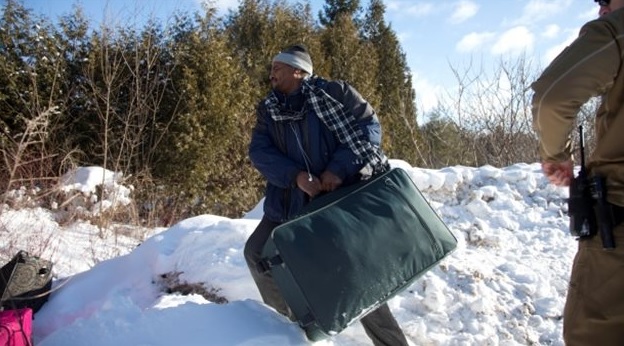 Refugee claimants have braved cold and snow to come into Canada at remote locations to avoid being returned to the U.S. (© Christinne Muschi/Reuters/file)

The Safe Third Country Agreement does not apply to refugee claimants who arrive at border locations other than official border crossings. That has prompted thousands of claimants to come to Canada at irregular locations and caused much controversy. Litigators will argue that rescinding the Safe Third Country Agreement would end irregular crossings and allow refugee claimants “to present themselves in an orderly way at ports of entry.”