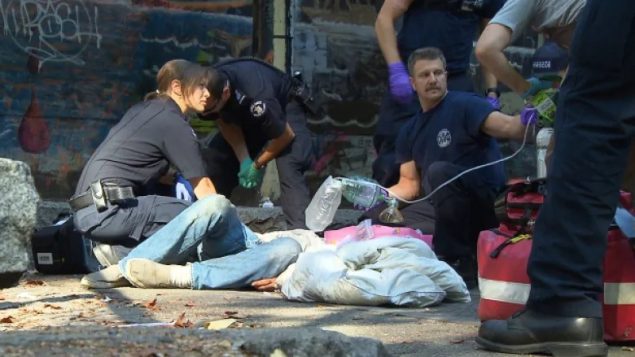 Paramedics and firefighters work to revive an overdose patient with repeated doses of naloxone, the antidote to opioids such as fentanyl. Overdose deaths in British Columbia have far exceeded those of COVID-19. The Premier and Canada's Chiefs of Police are saying possession of drugs for personal use should be decriminalized and dealt with through health channels rather than police and the courts. That possibility is a step closer after Wednesday's council vote to seek decriminalisation of small amounts of illicti drugs (Frederic Gagnon/CBC)

The respected and influential medical journal The Lancet, recently published a series of researched articles on the world illicit drug situations. The purpose was to begin to change the perceptions around illicit drug use and develop evidence-based policies in dealing with it.

Dr Julie Bruneau (M.D., MSc.) is a co author of two reports in the six section series. She is a professor in the Department of Family and Emergency Medicine at the Universite de Montreal, and a researcher at the CRCHUM (University of Montreal Hospital Research Center)

The Lancet series on drug use, (vol 394, No. 10208) says global illicit drug production and consumption is increasing while at the same time new substances are being created and added to the issues. This results in equally increasing risks and harms. The series describes various aspects of the worldwide problem and possible actions to take. 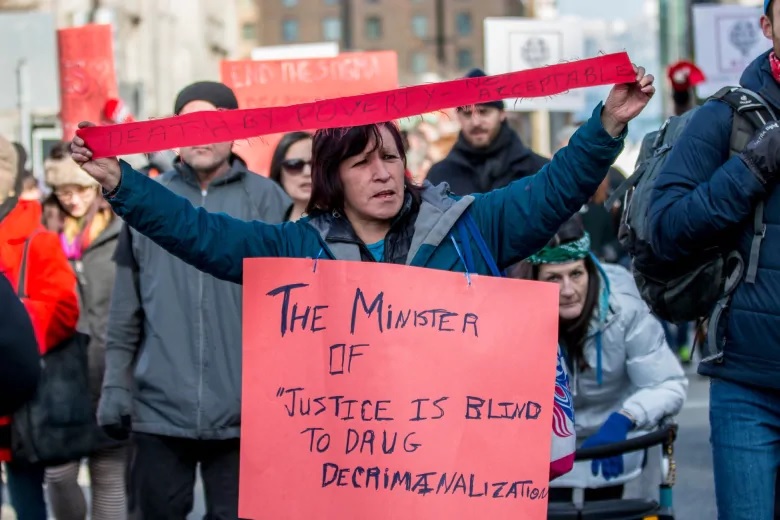 She says attitudes surrounding drug use need to change before policies can be changed, noting that drug addiction should be considered a disease and treated as such, with the realisation that drug users should be treated as human beings with the same rights as others. 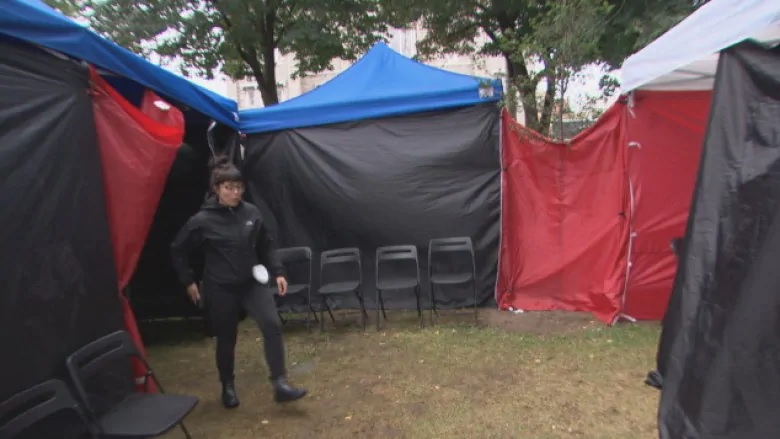 Marilou Gagnon, a volunteer with Overdose Prevention Ottawa, stands between the tents set up for Ottawa’s first pop-up drug use site. Sep 2017. Although busy with dozens of visits a day, there was widespread opposition by residents nearby (Radio-Canada)

The point of the series she says is to present facts and evidence of better methods and treatments that could be translated into policies that fit today’s contexts around the world.