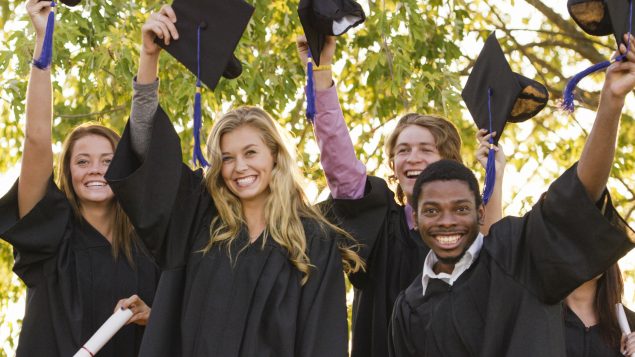 University students take their graduation hats off and hold them in the air in celebration. Women can expect something less than equal treatment in pay from here on out. (istock)

Given any thought to the gender pay gap lately?

The Labour Market Information Council and the Educational Policy Research Initiative did.

They’ve just released a report based on figures from Statistics Canada and Employment and Social Development Canada.

“How Much Do They Make?” analyzes the income of 2010 graduates from publicly funded colleges and universities in Canada for the five years following graduation, when the most recent data is available.

Anyone want to take a guess about the results? 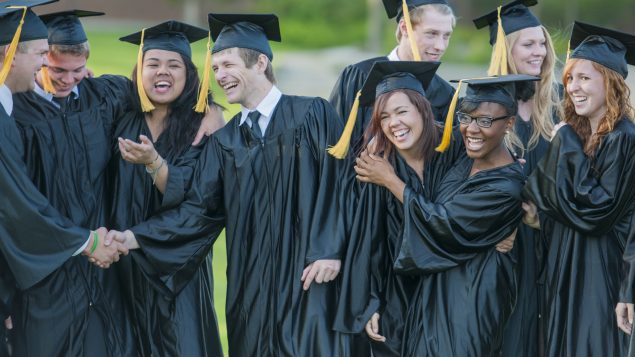 To wit: the report found that women earn an average of $5,700, or 12 per cent less than men one year after graduation.

And, the CBC’s Brandie Weikle writes in a story published Tuesday, that gap widens to 25 per cent five years after graduation, when women make an average of $17,700 less than men across all disciplines.

Labour economist Stephen Tobin, of the Labour Market Information Council, told Weikle that he, for one, was “startled” by the figures.

“There isn’t one combination of a credential and a field of study where women earn more than men five years after graduation.” 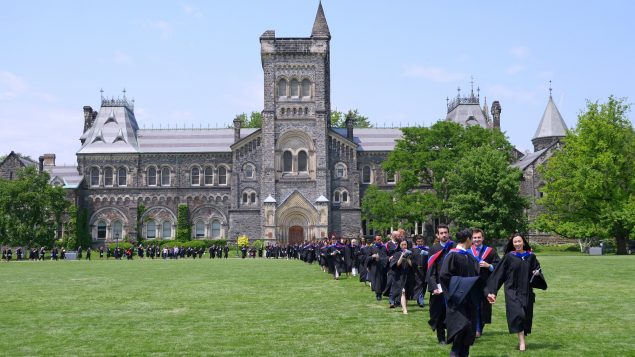 New figures show a big difference in what men and women make in their first five years after their post-secondary education. (istock)

Noting that women make 87 cents on the dollar compared to men on an hourly basis, Andrea Gunraj, vice-president of public engagement for the Canadian Women’s Federation, told Weikle there are a number of causes for the gap beginning right off the bat.

“The statistics tell us that the discrimination happens even at hiring, when pay decisions are being made,” Gunraj said.

With files from CBC (Brandie Weikle)