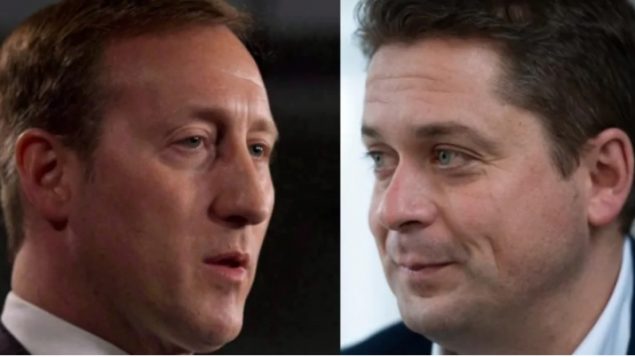 Conservative Leader Andrew Scheer, right, missed a "breakaway on an open net" in failing to defeat Prime Minister Justin Trudeau, former Conservative minister Peter MacKay said at an event in Washington, D.C. in October. MacKay has announced that he is the race to succeed Scheer. (Canadian Press photos)

Peter MacKay is in the Tory race…who’s next?

Long-time Conservative political star Peter MacKay is in, so let’s see what happens next in the race to succeed the mostly unlamented Andrew Scheer as leader of Canada’s official opposition.

MacKay, who served Parliament from 1997 to 2015 and held top portfolios in cabinets headed by Prime Minister Stephen Harper, made the announcement on Twitter.

The 54-year-old MacKay, who has been working as a lawyer in Toronto, is expected to formally launch his campaign next week in his home province of Nova Scotia. 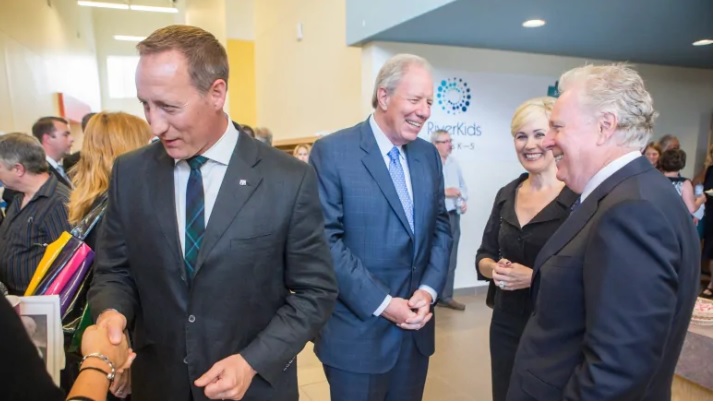 MacKay, left, and former Quebec premier Jean Charest, right, are seen at the funeral of MP Elsie Wayne in August 2016, in Saint John, N.B. MacKay announced Wednesday he is seeking the Conservative Party leadership. Charest has yet to announce a decision. (James West/Canadian Press)

So far, he has just one opponent: little-known MP Marilyn Gladu, who declared last week, a couple of days before Ottawa businessman Bryan Brulotte announced he was dropping out.

Pundits say the field will likely expand in the near future with former Tory cabinet ministers Erin O’Toole and Pierre Polievre expected to declare soon. 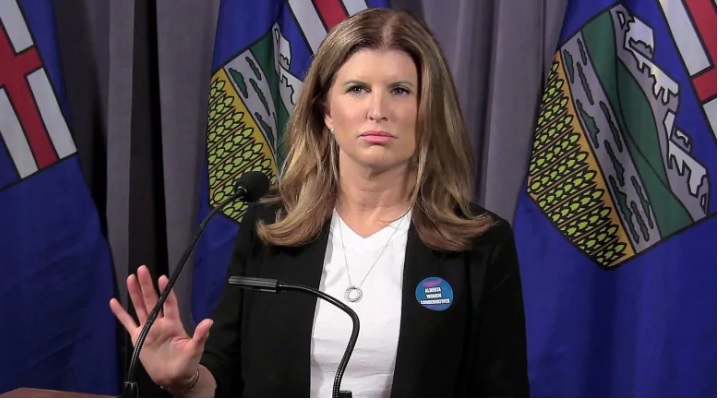 Former federal Conservative interim leader Rona Ambrose speaks to reporters in Red Deer, Alberta last June. Tories across the country are hoping for an announcement from her soon about whether or not she will run for the party’s leadership. (Dean Bennett/Canadian Press)

Charest has apparently run afoul of Harper, who suddenly resigned this week from the board of the Conservative Party of Canada’s fundraising arm, a move, some pundits say, that is aimed at bringing any Charest campaign to a halt.

Meanwhile, CBC News says that Ambrose supporters this week presented her with an assessment of her chances.

CBC News’ Catherine Cullen writes that multiple sources have told CBC reporters that Ambrose is still considering her options and will make a decision soon.

MacKay was the last leader of the Progressive Conservatives before it merged with the Canadian Alliance to form the the current Conservative Party in 2003.

He was a cabinet minister under Harper for nearly 10 years, holding top portfolios that included foreign affairs, defence and justice.