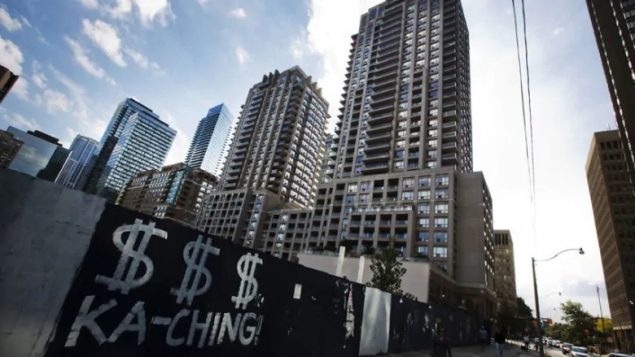 Housing in several Canadian cities is becoming increasing difficult to afford, Vancouver is the second most expensive city of 309 world cities for middle class earners. Toronto move into sixth most expensive from its previous tenth place. (Mark Blinch-Reuters)

Toronto Ontario is Canada’s largest city. With suburbs and expansion now extending even to Hamilton, the so-called ‘Greater Toronto Area (GTA) is now being  called the GTHA, is the most densely packed area of Canada.

It, along with Vancouver, have long been listed as the most expensive cities in Canada in terms of housing and rental costs. 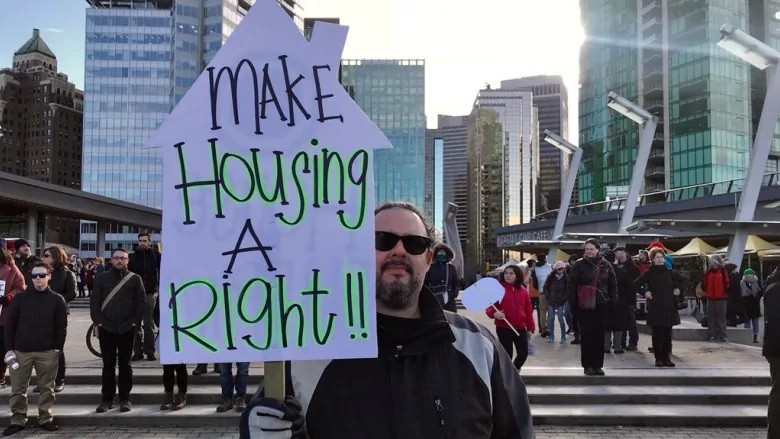 Residents in Vancouver rallied in February, 2018, demanding governments do more to make housing affordable and sustainable in the city. (Tina Lovgreen/CBC)

A new report by the global analysis firm Demographia, shows Toronto has become much more expensive just in the last year.

In its 16th Annual Housing Affordability Survey, 2020, Demographia rates middle income housing affordability. It now places Toronto up four spots since the last survey to now place number six on the list of 309 world cities and in the “severely unaffordable” category. That means it’s now more expensive to find housing in Toronto than London, San Francisco, Brisbane, and New York. 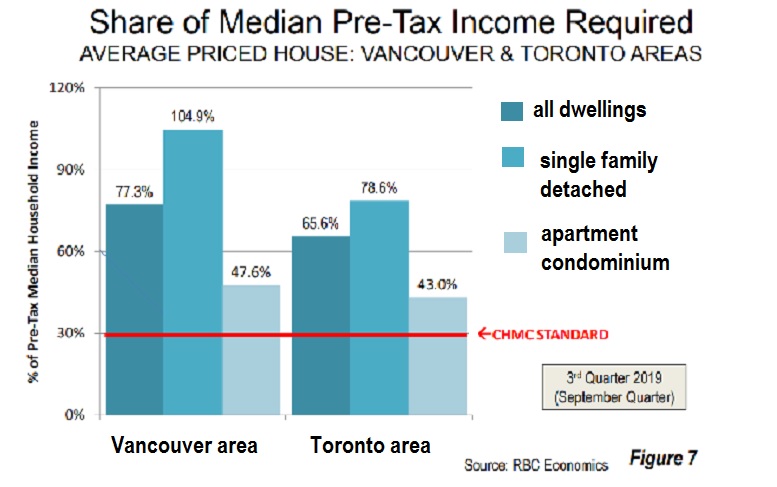 It now takes almost all of middle class earning, or more than all, to afford housing in Canada’s two most expensive markets  (Demographia- RBC Economics) 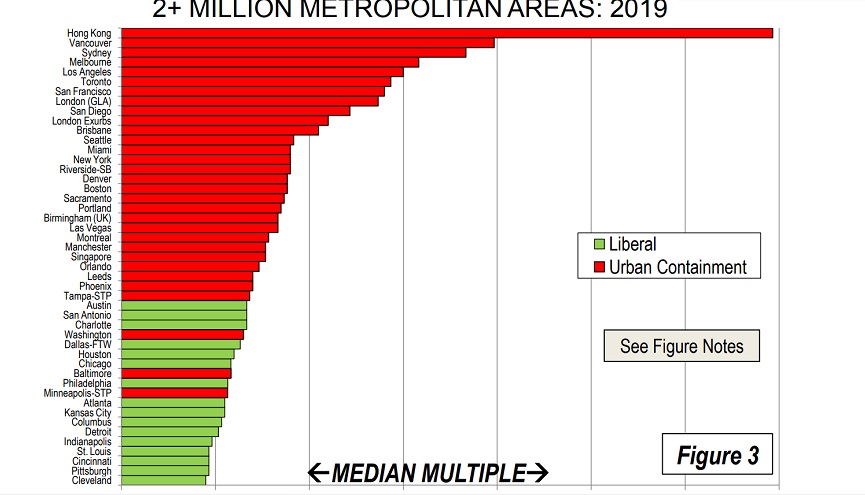 The housing affordability performance and general regulatory structure (urban containment or equivalent versus liberal land use policy) is illustrated for the largest markets (with 2 million + residents) in Figure 3. All of the severely unaffordable major markets have urban containment (Table 3). Three of the seven markets rated by the UBS Global Real Estate Bubble Index 2018 as having the greatest bubble risk are included in the 16th Annual Demographia International Housing Affordability Survey, each with severely unaffordable ratings. This includes Toronto (#2), Hong Kong (#3, tied with Amsterdam), and Vancouver (#7).

The authors note that while there has been an increase in the overall size of the middle class putting pressure on housing, that same middle class under increasing financial threat.

The Organisation for Economic Cooperation and Development (OECD) issued a report last year entitled “Under Pressure: The Squeezed Middle Class”

It noted of the middle class, “there are now signs that this bedrock of our democracies and economic growth is not as stable as in the past”, and adding, “ the current generation is one of the most educated, and yet has lower chances of achieving the same standard of living as its  parents.” 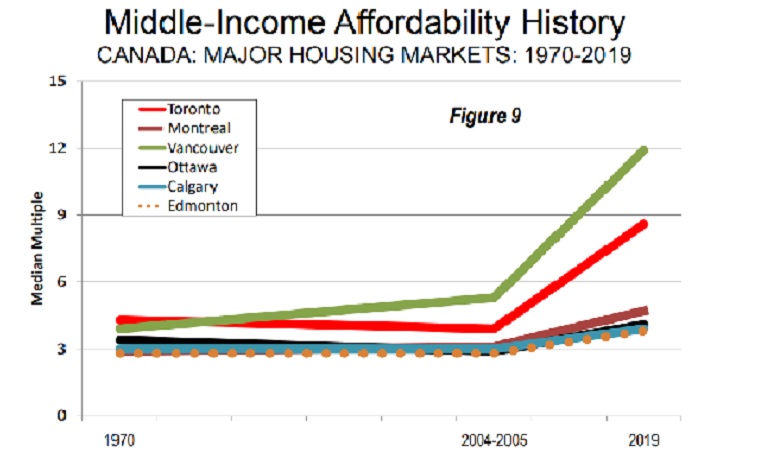 Vancouver, by the way, is still almost at the top in number 2 spot behind the world’s most expensive city, Hong Kong.