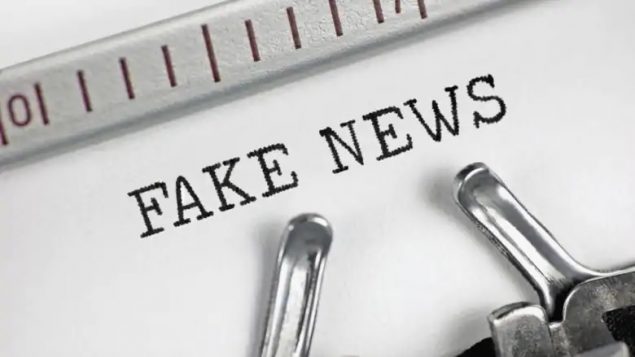 A new survey of Canadian attitudes on a variety of social issues shows some changes since 2916, but not much change when it comes to trusting the media (Shutterstock)

Where do Canadians stand on a variety of social issues? A newly released national poll by the non-profit Angus Reid institute gives the current snapshot on several issues.

On assisted dying, the federal government public consultation is about to wrap up as they work towards developing a new law, after criticisms and a constitutional court case against the current law.

The poll shows Canadians generally are moving much more towards less restrictions on end-of-life decisions.  The latest poll shows 80 per cent saying such decisions should be easier to make, this compares with 73 per cent in 2016. While those saying there should be more safeguards has dropped. 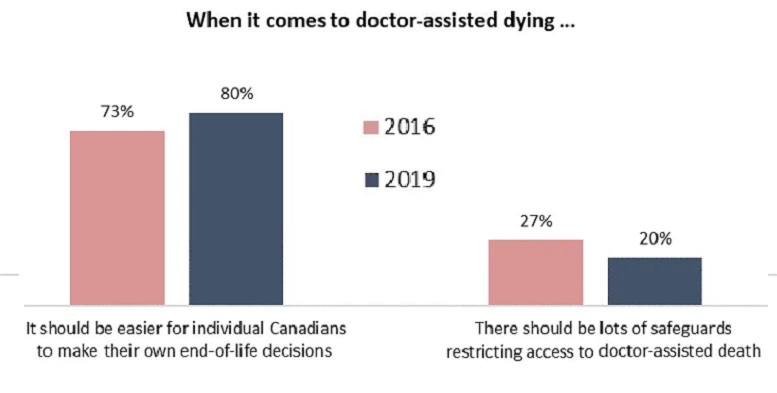 Support for lesbian, gay, and transsexual rights has also increased over that same period, from 64 per cent to 70 per cent. And there’s also a clear majority(69%) feel gay pride parades make people more accepting of the LGBT community. 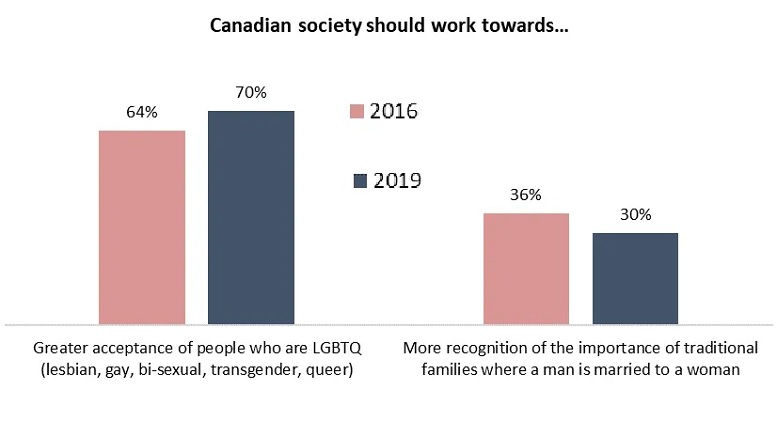 As to the issue of abortion, Canadians are almost evenly split, especially when it comes to late-term abortion.

It is perhaps interesting in terms of the heated controversy over Quebec’s Bill 21 limiting wearing of religious symbols for public workers, that not much has changed in attitudes over the past three years on this subject nationally. .In terms of religion in public life there’s been only a 2-point change since 2016 with 60 per cent now saying religion should be kept entirely out of public life (up from 58%) and 40 per cent saying we should publicly celebrate our religions (down from 42%). However, there’s a clear majority who say prayer should be kept out of public meetings ( 71%). 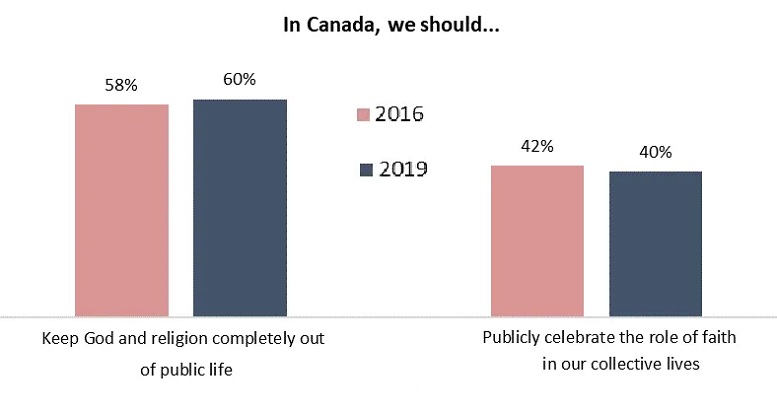 Canadians also seem to welcome more cultural diversity. When  multi-culturalism became an official policy in 1971, Canada was the only country to have done so.  When asked if minorities should do more to fit in to Canadian society, the attitude as diminished 12 points to 56%,  with a corresponding increase in those saying cultural diversity should be encouraged. 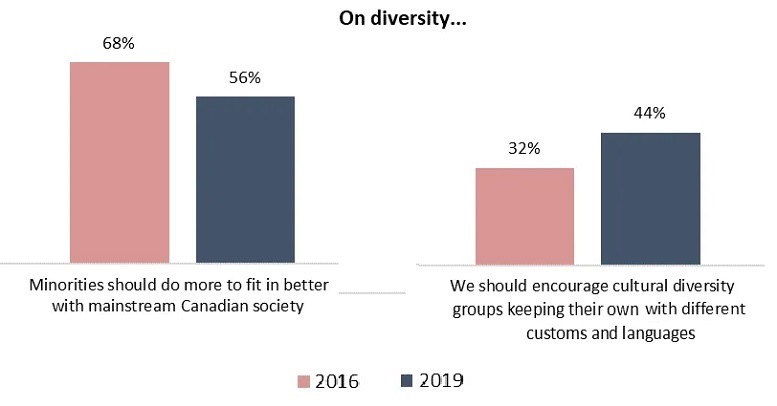 In terms of public security versus privacy issues, the concern for personal privacy has increased slightly (3%) since 2016, with 51 per cent saying security and anti-terror efforts shouldn’t infringe on civil liberties. 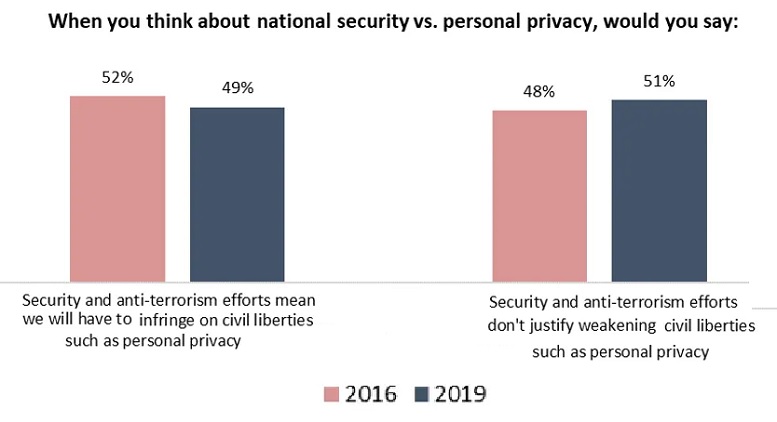 Finally, on news media trust, perhaps surprisingly with concerns about ‘fake news’, not much has changed since 2016 with an almost even split between those who trust the news and those who don’t. 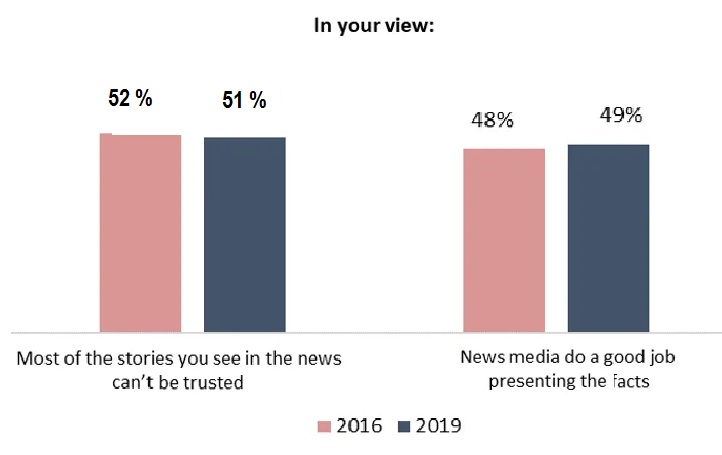