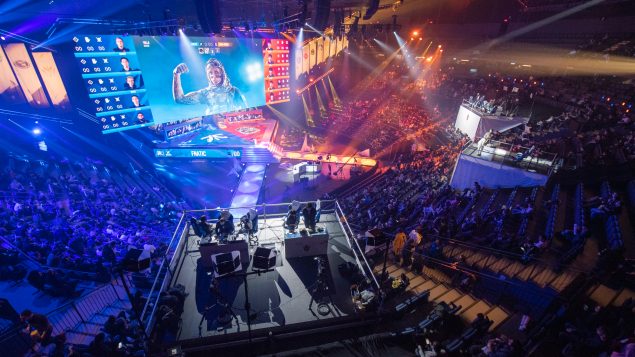 Video game developer and publisher Ubisoft has announced that the prize pool of the fourth edition of their esports tournament, the Six Invitational is $3 million, the largest amount for an esports tournament in Quebec.

The news comes ahead of the Six Invitational, which will take place in February. Sixteen teams, comprising of five players each, will compete in the Rainbow Six Siege World Championship.

Rainbow Six Siege is a tactical first person shooter video game, developed and published by Ubisoft, where players must work together as a team to be successful.

According to Ubisoft Montreal’s media relations and digital communications adviser, Antoine Leduc-Labelle, Ubisoft provided $500,000 to the prize pool, while the rest comes from 30 per cent of revenues the company has earned through an in game event related to the tournament.

“The Six Invitational reached dizzying heights last year,” said Mohammed Benhenneda, the Strategic Planning Team Leader at Ubisoft in a press release. “It’s inspiring to see the best athletes from the world of esports descending on the province that produced Rainbow Six Siege.”

Last year, Ubisoft hosted over 3000 people at the Six Invitational, and they’re is expecting over 4500 attendees this year.

“North America is at the centre of this phenomenon and the Six Invitational, which takes place right here, is now a key event in this whole scene. Rainbow Six Siege surpassed the 50 million player mark last year, and the undeniable passion people feel for the game is plain to see in the arena,” Yannis Mallat, the CEO of Ubisoft’s Canadian studios said.

The growth of the Six Invitational is part of a growing trend for esports around the world. According to research from Deloitte, 40 per cent of people who play video games, watch an esport event at least once a week.

2019 was also the first year that esports earned over $1 billion in revenue, according to a global esports market report by Newzoo. The same report predicts that esports revenue will hit almost $1.8 billion by 2022.