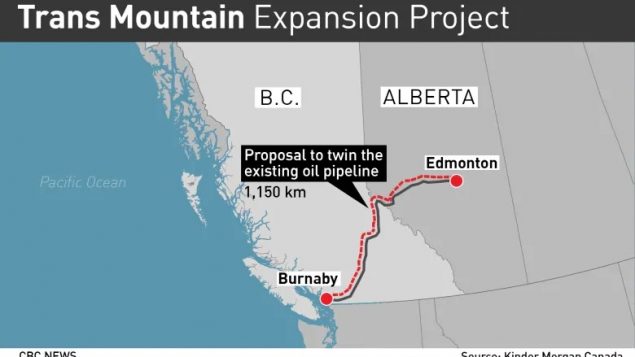 The new pipeline will run 1,150 kilometres along much of the route of the existing line., built in early 1950 The twinning of the existing pipeline would nearly triple its capacity to an estimated 890,000 barrels a day and increase traffic off B.C.'s coast from approximately five tankers to 34 tankers a month. Most objections are to the potential environmental damage from leaks and spills (CBC News)

The ever controversial Trans-Mountain Pipeline project passed another legal hurdle at the Supreme Court of Canada, but faces another in the seemingly growing opposition in the court of public opinion according the latest public opinion survey. 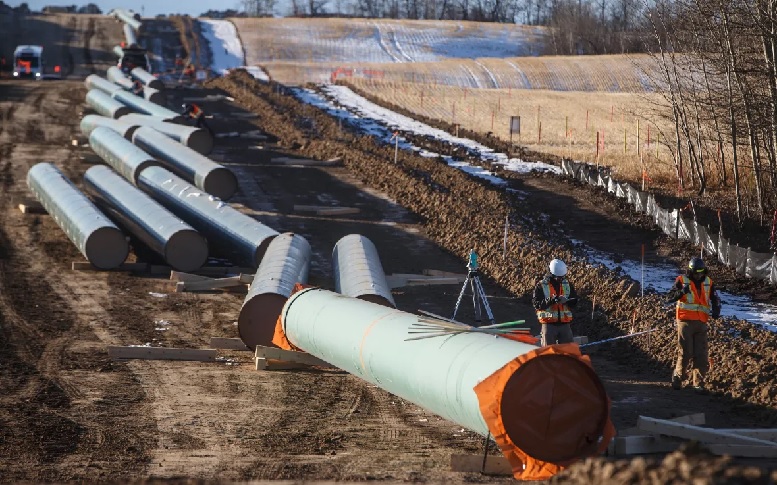 Workers survey around pipe to start of right-of-way construction for the Trans Mountain Expansion Project, in Acheson, Alberta., on Dec. 3. 2019. Work on the 1,150-kilometre pipeline twinning had started again after government re-approval earlier this year. The twinning of the line and increased oil transport has been controversial since it was first proposed in 2013. The line was bought in May 2018 with $4.5 billion in public money by Prime Minister Trudeau who said the line was in the national interest (Jason Franson/The Canadian Press)

When stiff public opposition caused the original company, Kinder-Morgan to abandon the idea of twinning their current pipeline to increase capacity, Prime Minister Justin Trudeau spent billions of dollars of public money to buy the Canadian pipeline, and the half built twinning project. Trudeau said shipping Canadian oil to Asian markets was in the national interest and has been pushing the project.

Since then the already years-long controversy and opposition continues.

The additional pipeline would cross British Columbia, where public opposition and the provincial government has opposed it due to environmental concerns.

Earlier this month the Supreme Court of Canada dismissed an appeal against the project from the provincial government of British Columbia.

The SCC judges ruled B.C. proposed legislation putting restrictions on pipeline transport of bitumen crossed into federal jurisdiction and was not valid.

There is however still another court challenge to come in the Federal Court of Appeals on indigenous concerns.

Even as legal cases drag on, a new survey shows public opposition growing. The non-profit polling firm Angus Reid Institute for three year has asked Canadians for their opinion on the pipeline project

The latest survey  shows over that time opposition has increased by 11 per cent and support has dropped. 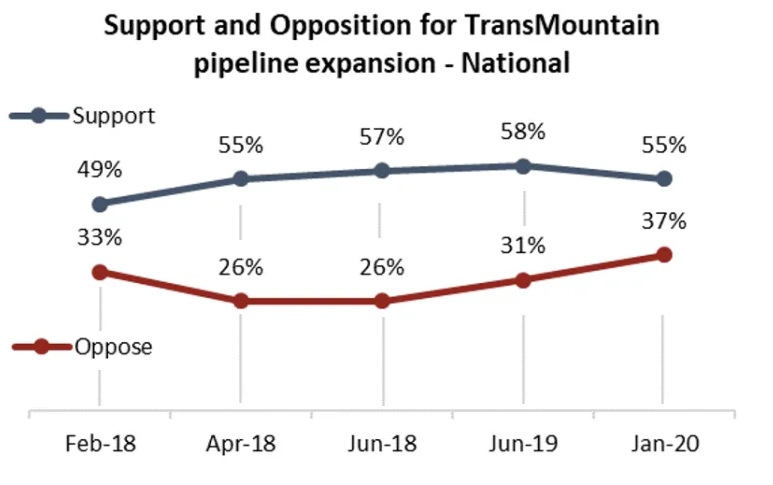 While roughly two to one support the Supreme Court ruling, now only a slight majority actually supports the pipeline project (55%) overall with opposition greatly increased in Quebec (+18%), Ontario (+13%) and B.C. (+13%)

As to how well the Trudeau government has been handling the issue, those who say the government hasn’t been doing enough to build pipeline, and those saying he’s pushing too hard are about equal (38%- 35% respectively) 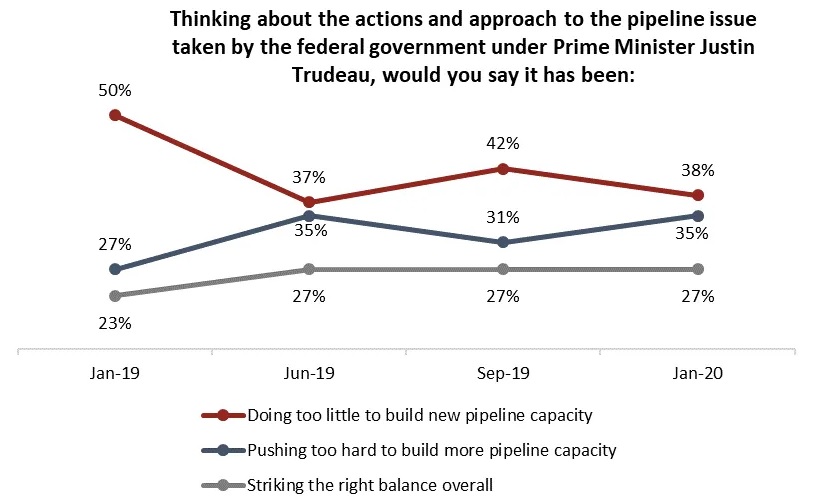 With relatively slim national support, and an ongoing divide in the country, Prime Minister Trudeau will have a difficult time overcoming the ongoing challenge to the project.