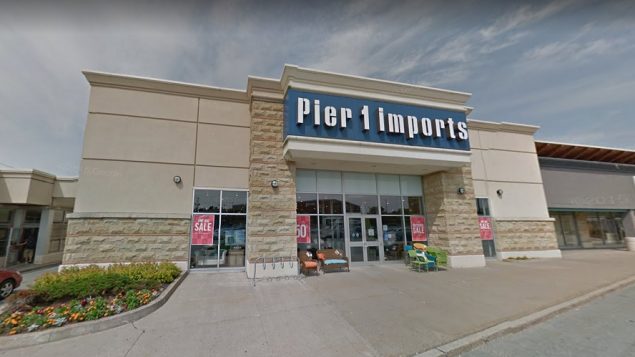 A Pier-1 Imports home furnishings outlet. This one in Halifax. The Texas-based chain says all of the stores in Canada will be closed along with about half its over 900 U.S stores. (Google streetview)

This week another retail chain has announced major closings.  Home furnishing and interior decor chain Pier 1 Imports announced Monday it was filing for Chapter 11 bankruptcy protection in the U.S.

As part of that move, it said about half of its over 900 U.S stores would be shut and all of the more than 60 stores in Canada would close. The Texas-based company is seeking a purchaser.

The number of employees affected is not known, but the chain had some 18,000 employees listed as of this time last year, but the vast majority, 14,000, were part-time. It is not known when the Canadian stores will be shut down, nor how many employees are affected

The chain, founded in 1962, had been struggling along with others, in the face of online offerings.

Last month Schuman Retail Group which owns the greeting card  companies Carlton Cards and Papyrus announced that it was shutting down all 76 retail outlets in Canada, and 178 in the U.S.

Michael LeBlanc, senior retail advisor for Retail Council of Canada said there is no need for panic in the retail business which is in “transformation”.

In the past several years several other major retail operations have closed including Sears, Home Outfitters and other big names in Canada. In many cases competition from online sales are indicated as at least one of the reasons.