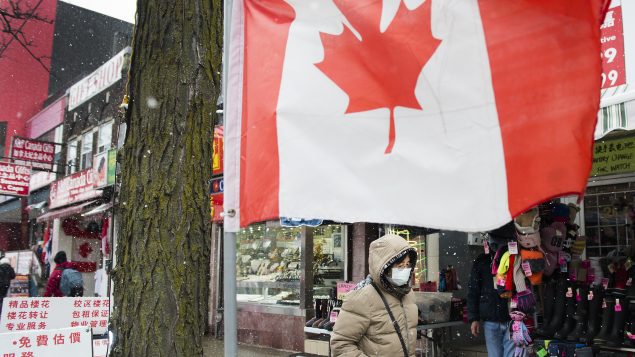 Businesses in Chinatowns across Canada, including Toronto's (above), have reported a drop in activity since COVID-19 hit China in January and started to spread around the world. Canada now has 13 cases of COVID-19, seven in British Columbia and six in Ontario. (Nathan Denette/The Canadian Press)

The husband of the woman confirmed as Ontario’s fifth case of COVID-19 has tested positive for coronavirus, bringing the number of cases across to Canada to 13.

Health officials said yesterday that the woman had tested positive nine days after she returned from Iran.

Her husband, the officials said today, did not accompany his wife to Iran, meaning it’s the first time the province has seen a case of human-to-human transmission.

All other cases involved people who had a recent travel history to China.

Dr. David Williams, Ontario’s chief medical officer said the man, in his 60s, is in self-isolation at his Toronto home.

Meanwhile, Health Minister Patty Hajdu is encouraging Canadians to stockpile food and medication in their homes in case they or a loved one should fall ill, despite what Canadian officials continue to say is a low risk of contracting the disease. 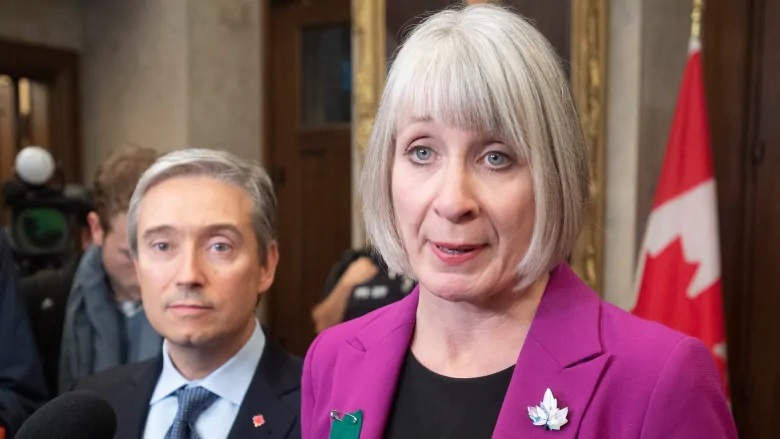 Foreign Affairs Minister Francois-Philippe Champagne looks on as Minister of Health Patty Hajdu responds to a question in the Foyer of the House of Commons in Ottawa, on January 28. (Adrian Wyld/The Canadian Press)

On Wednesday, Foreign Affairs Minister François-Philippe Champagne warned Canadians travelling to be cautious as they planned vacations over spring break, because of the spreading virus overseas.

A notable increase has been recorded in Iran, where 254 people are infected and 26 have died.

The pathogen has now invaded 47 countries, with the U.S. and Germany recording their first cases with no obvious source of transmission.

More than 81,000 cases of COVID-19 have occurred since the virus emerged in the Hubei province of China last last year.