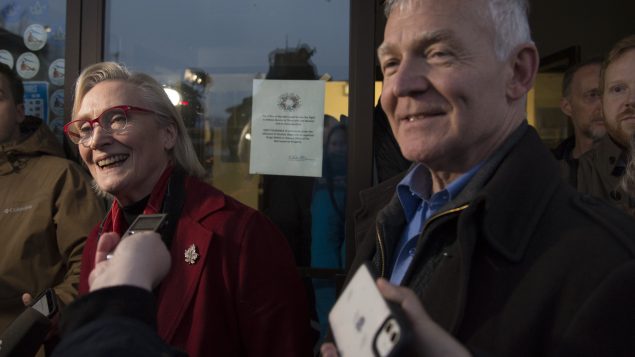 Minister of Crown-Indigenous Relations Carolyn Bennett and B.C. Indigenous Relations Minister Scott Fraser smile as they leave talks at the Wet'suwet'en offices in Smithers, B.C. on Thursday. The Ministers along with Wet'suwet'en hereditary chiefs discussed the ending of blockades happening across the country. The blockades were set up by those opposed to the LNG pipeline in northern British Columbia. Bennett described the meeting as a "very good start." (Jonathan Hayward/The Canadian Press)

Talks aimed at finding common ground that might lead to an end to a dispute that has led to blockades of railway lines across the country are continuing today in Smithers, British Columbia.

Bennett described the three-hour session as a “very good start.”

He did not elaborate.

“We don’t want to jeopardize anything. We had a productive day today and we’re hoping for a very solid day tomorrow, too,” Fraser told reporters. 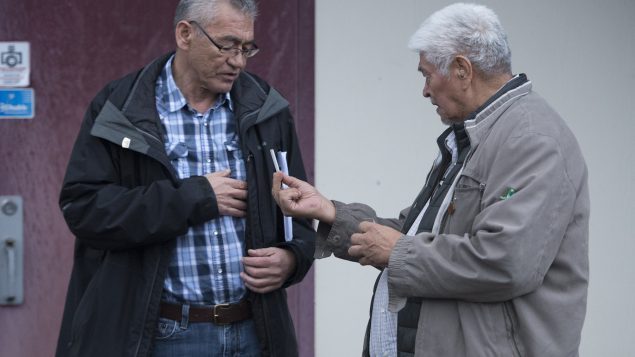 Wet’suwet’en Hereditary Chief Na’Moks, who is also known as John Ridsdale, left without making a statement.

In addition to the rail blockades, the chiefs’ opposition to a natural gas pipeline cutting across their traditional territory–as well as limiting a police presence on their land–has sparked demonstrations of support across the country since Feb. 5, when the RCMP moved into a Wet’suwet’en camp and made arrests while enforcing an injunction.

Prior to yesterday’s meeting, both the RCMP and Coastal GasLink, the pipeline’s owner, agreed to conditions requested by the chiefs as a prelude to the talks.

The RCMP committed to ending patrols along a critical roadway during the negotiations and Coastal GasLink agreed to a two-day pause in its activities in the region.

The chiefs, who want direct talks with Prime Minister Justin Trudeau and B.C. Premier John Horgan, have characterized the Smithers talks as a “first step.”

With files from CBC, CP, RCI