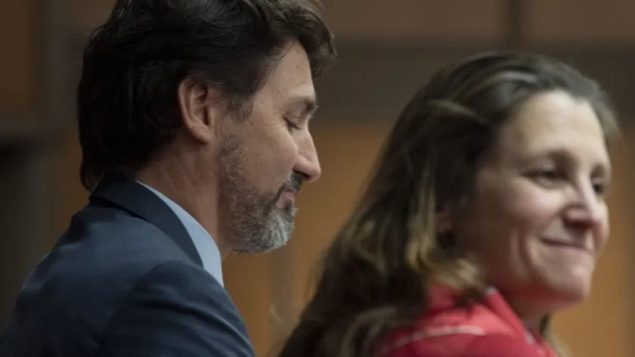 Prime Minister Justin Trudeau and Deputy Prime Minister and Minister of Intergovernmental Affairs Chrystia Freeland are seen before speaking to members of caucus on Parliament Hill in Ottawa in January. Trudeau has created a new cabinet committee to deal with the novel coronavirus outbreak which began in China but now has spread around the world. Freeland will chair the group, while Treasury Board President Jean-Yves Duclos will be vice-chair. (Adrian Wyld/The Canadian Press)

As governments and health officials around the world continue to deal with COVID-19, Canada’s federal government has struck a new cabinet committee to deal with the novel coronavirus outbreak.

The announcement comes a day after the number of COVID-19 cases in Canada rose to 33.

Three new cases were confirmed in British Columbia and two others in Ontario.

The 33 Canadian COVID-19 cases include 20 in Ontario, 12 in British Columbia and one in Quebec. 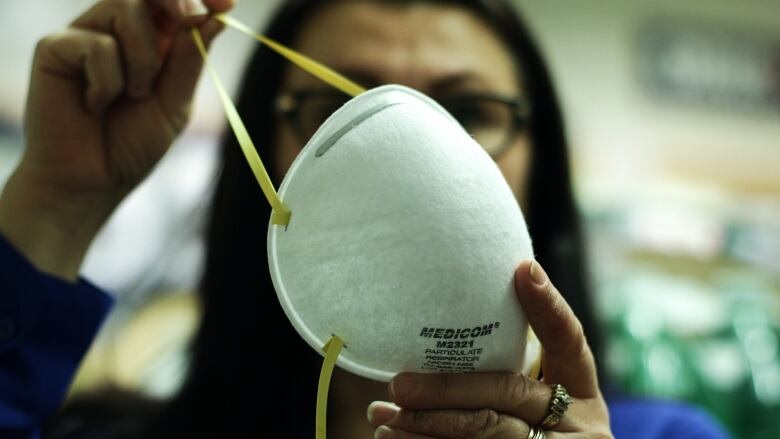 Supplies like face masks and hand sanitizer are becoming harder to find for Canadian care homes. One B.C. facility was told the next delivery date of masks isn’t until June. (Tyson Koschik/CBC)

“We take the international spread of COVID-19 seriously, and Canadians can be assured that their government and health officials are working tirelessly to keep them safe,” Trudeau wrote.

“The cabinet committee will continue to monitor the health and economic impacts of the virus to make sure the government response takes all possible measures to prevent and limit the spread in Canada.”

Deputy Prime Minister Chrystia Freeland will chair the committee and Treasury Board President Jean-Yves Duclos will be vice-chair.

Kirsty Duncan, deputy leader of the government in the House of Commons, will also be a core participant of the meetings. 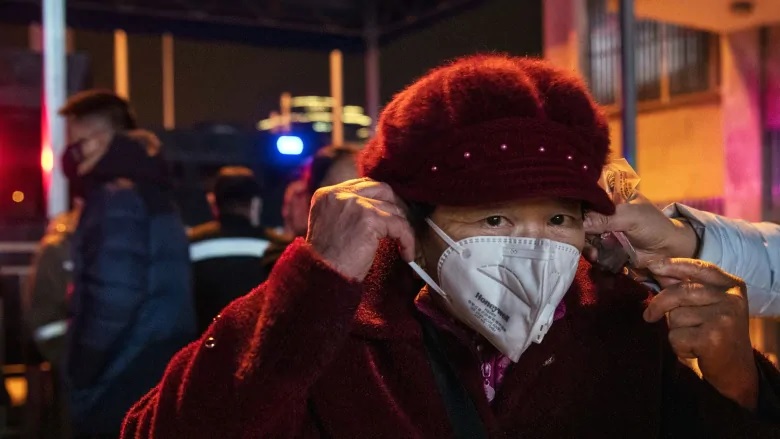 An elderly Chinese woman is helped by family as she puts on a protective mask at Beijing Station before travelling in Beijing last month. There are now 33 COVID-19 cases in Canada. (Kevin Frayer/Getty)

Duncan is a medical geographer who studied and lectured on pandemics before she was elected to parliament, and wrote a book on her studies of the 1918 Spanish flu.

On Tuesday, Trudeau promised that Ottawa will ensure that provincial and territorial health agencies have adequate resources to repond to a potential outbreak.

Speaking in Halifax, he told reporters the virus presents a “real challenge” to health systems around the world and that Canada is following recommendations by the World Health Organization of “best paths” to respond to its global spread.

“We have full confidence that provincial health authorities will be able to deliver health care services as they are constitutionally mandated to do,” he said.

The Public Health Agency of Canada continues to assess the public health risk associated with COVID-19 to Canadians as “low.”