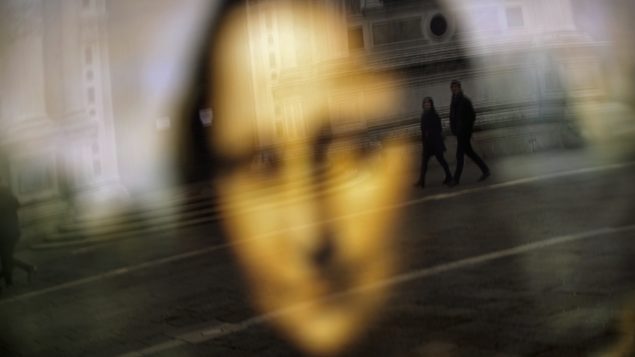 People walk past a reflection of the Mona Lisa in the Leonardo da Vinci museum in Venice. The museum was closed briefly this past week because of COVID-19 concerns. Canada, too, is dealing with the ill-effects of COVID-19 as the number of cases continues to grow. (Francisco Seco/AP Photo)

Number of COVID-19 cases in Canada continues to grow

Efforts to deal with COVID-19 continue in Canada as the number of cases continues to rise.

Meanwhile. Quebec officials identified the province’s second presumptive case of COVID-19 as a traveller returning to the province from India.

And a 13th presumptive case of novel coronavirus has been identified in British Columbia. The patient, a woman in her 80s, is in critical condition at Vancouver General Hospital. 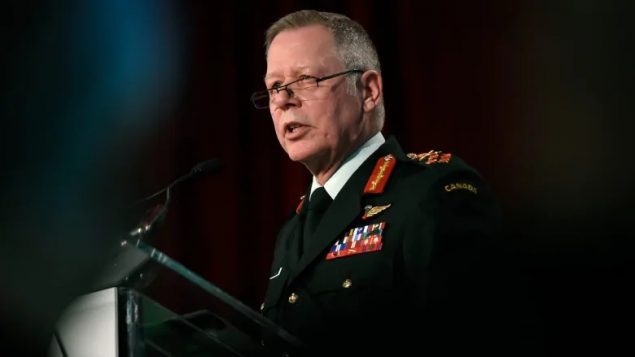 Chief of the Defence Staff Gen. Jonathan Vance is seen addressing the Ottawa Conference on Security and Defence in Ottawa on Wednesday when he issued a detailed set of “pre-pandemic planing” orders for military units in Canada and overseas. (Justin Tang/The Canadian Press)

If the Quebec case is confirmed, it would bring the total of COVID-19 cases in Canada to 37.

They were identitied as nations around the world continue to prepare for months of disruptions as a result of the spread of the virus.

The World Health Organization said Thursday that 95,265 cases have been reported world-wide, with 3,281 deaths.

While continuing to stress that the Public Health Agency of Canada assesses the public health risks for Canadians as “low,” Prime Minister Justin Trudeau announced Wednesday the creation of a special cabinet committee to deal with the outbreak.

His announcement came as Health Minister Patty Hadju said Canadians should prepare for the “eventuality” of a domestic COVID-19 outbreak.

“This is a virus that knows no borders, and that is growing. Each day there are countries that have new cases and new outbreaks and new situations,” Hadju told reporters at a briefing on government’s response to the spreading virus,.during which she shared the podium with Chief Public Health Officer Theresa Tam.

“We know eventually this is something that we’ll see in one of our communities.”

Later on Wednesday, Gen. Jonathan Vance, the chief of Canada’s defence staff, issued a detailed set of what were termed “pre-pandemic planning” orders for military units in Canada and overseas.

Among other things, commanders were given authority to cancel large gatherings at bases, should there be a spike in COVID-19 cases.

And in more virus fallout, two leading Canadian travel insurance profiders–Manulife and TuGo–said they will no longer cover new customers who must cancel trips because of the COVID-19 outbreak.