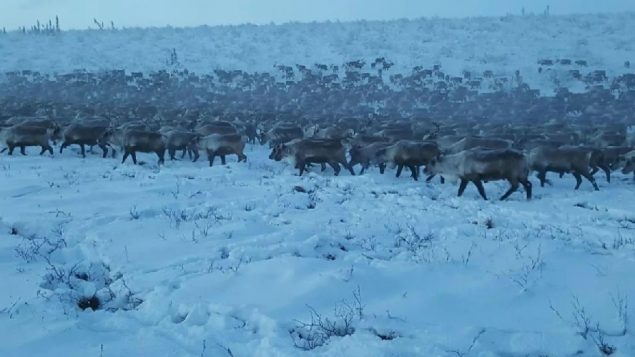 A herd of descendants of the great reindeer drive seen in the Northwest Territories in 2017. A relatively small but successful reindeer products industry survives today (Lawrence Amos via CBC)

While we have long seen American movies of cowboys moving great herds of cattle to market across the unspoiled western prairie landscape, one of the greatest herding efforts ever finally ended on March 5, 1935.

It must surely rank as the longest in time and distance, and as the most arduous effort to herd animals from one spot to another.

The project was to herd 3,000 reindeer from Alaska to the east side of the Mackenzie Delta in the Northwest Territories.

The Canadian government in the late 1920’s wanted to assert sovereignty in its Arctic by establishing a number of Royal Canadian Mounted Police posts across the region. The caribou the Inuit depended in the north on had become scarce, and the government thought it could solve a few problems at once with their bold idea. That was to bring in reindeer from Alaska. Reindeer, a slightly smaller and more easily domesticated cousin of caribou, had been brought into Alaska in the 1800’s and a thriving meat and other products industry had been created. Canada thought maybe they could do the same by having the nomadic Inuit become herders and settle in more localized areas around the RCMP stations. This would assert sovereignty, prevent Inuit malnutrition, and give them an income from a new industry. 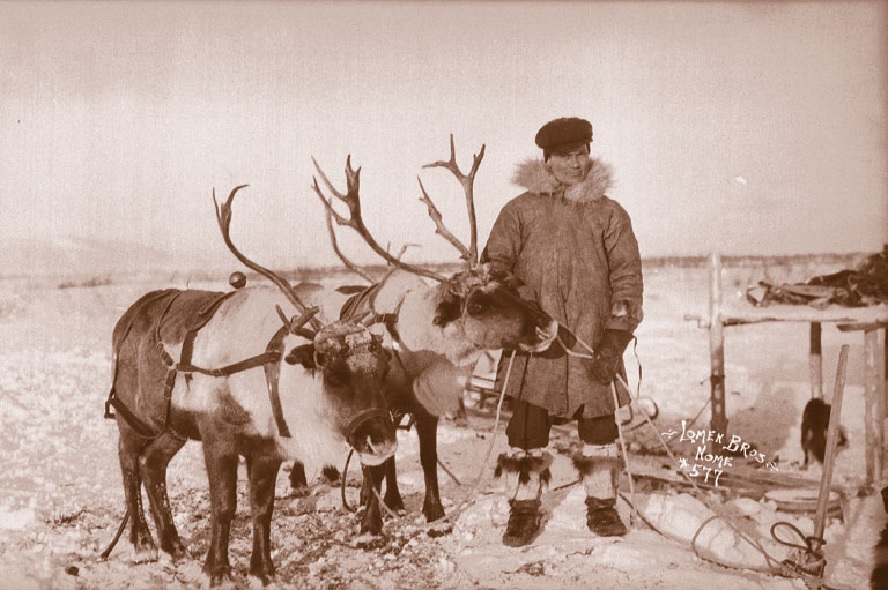 In full winter attire, Laplander Andrew Bahr poses at a reindeer fair held in January 1915 at Igloo, Alaska. He would later be hired to lead one of the most difficult animal drives ever of thousands of reindeer across Alaska and the NWT
GLENBOW MUSEUM/NC-1-547D

In 1929, the Canadian government contracted with the American “reindeer king” Carl Lomen for 3,000 animals to be delivered from his base at Naboktoolik, Alaska near Kotzebue Sound  to the newly created Reindeer Station outpost some 2,400 kilometres away in Canada’s Northwest Territories, A Saami herder, Andrew Bahr originally from Norway who had worked for Lomen was hired to lead the team of Laplanders and Inuit who would drive the herd.

Leaving in December 1929, the government thought the drive of a kilometer long herd would take two years at most.

It turned out to be a test of physical, mental, and emotional endurance almost unimaginable for both men and animals. 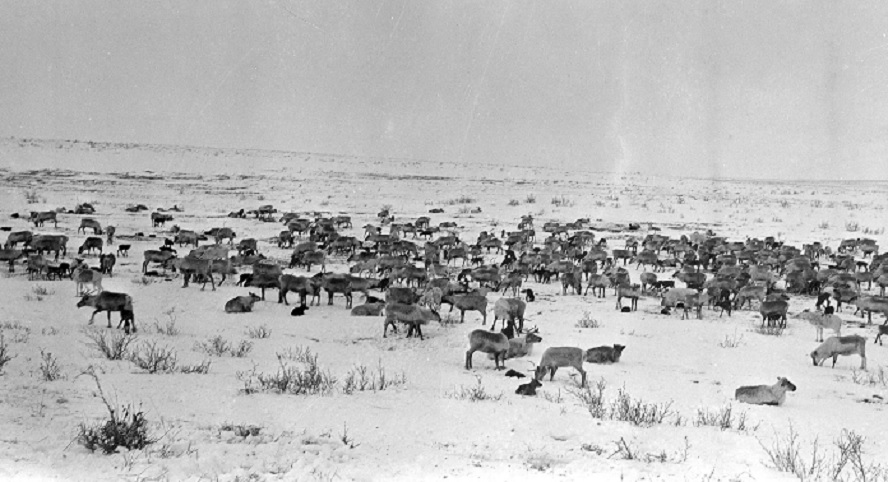 Enduring -50C winters, and maddening swarms of insects in summer, they plodded across tundra, rivers, and mountains, waist deep snow, slush, ice, swamps, and occasional hungry predators. Everything seemed to conspire against the effort.

Indeed the project had an ominous beginning when, after having rounded up and corralled the thousands of animals, a storm whipped across the tundra, breaking the corral and scattering the herd.

Later animals would stray and require effort to track them down and bring them back, on at least three occasions the entire heard stampeded. 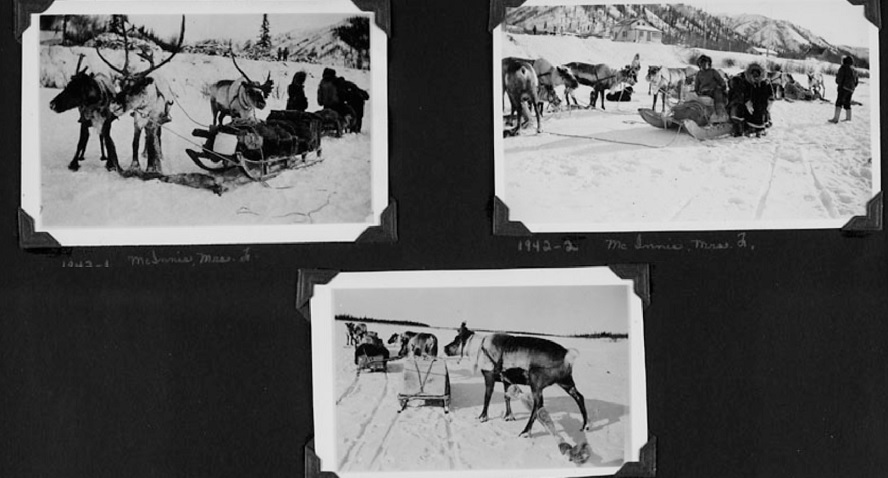 Reindeer have been used as draught animals for hundreds of years. Here we see herders with reindeer from the original herd harnessed to sleds possibly on Richards Islands, N.W.T., circa 1942 . The idea was to provide the local Inuit with meat, hides etc, and create an industry for the Inuit to supply markets in the south (MIKAN 4326743)

Hundred of animals died along the way some frozen, some killed by wolves, some simply wandered away. However, although they were replaced to some extent by births along the way by the third year over 1,000 of the herd was gone.

By June 1934, the herd was to cross the still ice-covered Mackenzie Delta to reach their destination on the eastern side.  As they herd was led onto the ice an almost final blow struck in the form of a storm that sent them stampeding back to the western shore. That meant waiting out the summer until the delta froze again.

In late February they started out across the Delta, crossing from island to island in three days.

On March 6, 1935, the herd was finally corralled at Reindeer Station.

Of the contracted delivery of 3,000 animals, some 2,382 animals were counted at arrival, but of them only 20% were reindeer which had started the drive, the rest having been born along the way.

The news made headlines around the world, although now almost entirely forgotten.

Although the end of one of the greatest, toughest, and most epic herding efforts ever, the great reindeer project never really lived up to expectations although a relatively small but successful reindeer industry does survive to this day.