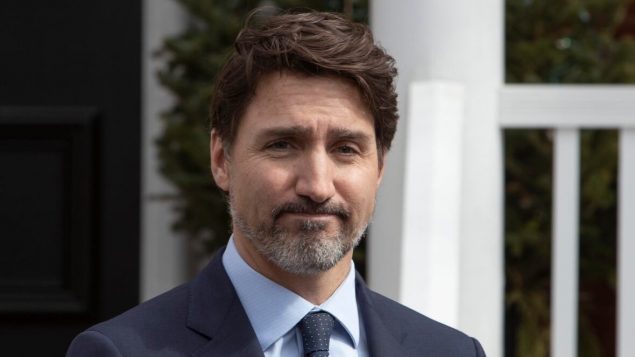 Justin Trudeau is seen Friday afternoon during his press conference Friday outside his residence, Rideau Cottage, while in self-isolation. (Fred Chartrand/The Canadian Press)

Prime Minister Justin Trudeau was set to address the nation Friday, a day after going into self-isolation because his wife, Sophie Grégoire Trudeau, tested positive for COVID-19.

A statement from his office said the prime minister “is in good health with no symptoms.”

It said that Trudeau would follow the advice of doctors and stay in isolation for 14 days, adding that he would not be tested because he has no symptoms. 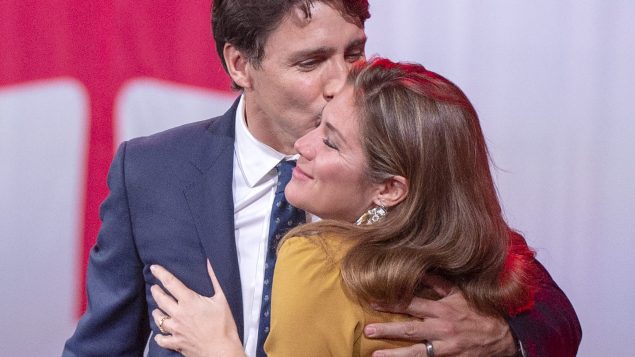 Justin Trudeau and his wife, Sophie Grégoire Trudeau, embrace after the Liberals won a minority government last Oct. 21. On Thursday, Gregoire Trudeau tested positive for COVID-19. Both will now spend the next 14 days in isolation. (Ryan Remiorz/Canadian Press)

Grégoire Trudeau, meanwhile, thanked the public for their support.

“Although I’m experiencing uncomfortable symptoms of the virus, I will be back on my feet soon,” she said in a statement.

“Being in quarantine at home is nothing compared to other Canadian families who might be going throuigh this and for those facing more serious health concerns.” 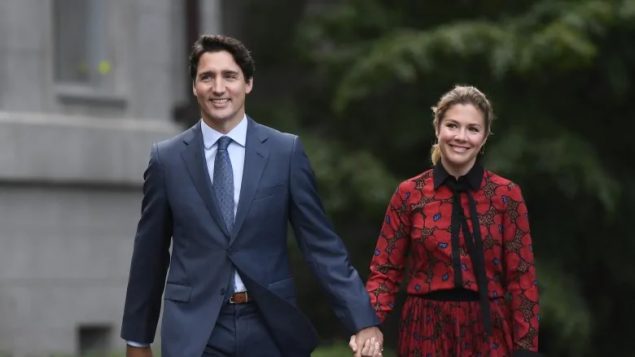 “She is feeling well, is taking all the recommended precautions and her symptoms remain mild,” the Prime Minister’s Office said in a statement describing Sophie Grégoire Trudeau’s condition. (Justin Tang/Canadian Press)

Grégoire Trudeau tested positive for COVID-19 after attending a star-studded event in London, U.K., last week with her daughter, Ella-Grace, and her mother-in-law, Margaret Trudeau.

Justin Trudeau’s self-isolation caused him to postpone a scheduled two-day meeting with premiers and Indigenous leaders to discuss measures to combat the COVID-19 outbreak.

Trudeau was expected to speak with the leaders by phone today.