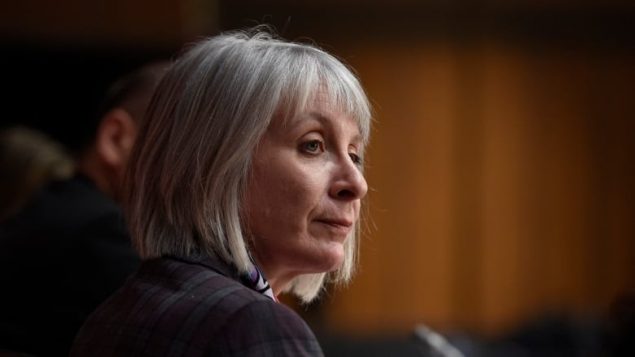 Federal Minister of Health, Patty Hajdu in Ottawa during a press conference in Parliament on Friday. She said she hopes it doesn't come to ordering people to isolate when advised but said if need be, the government will consider stronger action of fines or criminal charges if people refuse to obey self-isolation advice (Justin Tang/The Canadian Press)

Across Canada at both the provincial and federal levels, governments are threatening sterner measures against those who fail to obey self-isolation or store closing orders.

On Sunday, federal health minister Patty Hajdu said the federal government is now exploring the option of criminal penalties for Canadians returning from abroad who don’t self-isolate for 14 days.

In a press briefing from Parliament she said, “Let me be perfectly clear. We will use every measure in our tool box at the federal level to ensure compliance … we have measures that could include monetary penalties up to and including criminal penalties”. She than added that meant that upon arrival in Canada, they should not be stopping for groceries, and not visiting to friends or neighbours but must go straight home and stay there for the 14 day isolation period.

Canada’s federal “Quarantine Act“, updated in 2005 after the SARS outbreak, gives the government powers to levy fines or even jail travellers who disobey the isolation order. It also allows the government to designate quarantine zones.

Hajdu said the advice to isolate is still ‘advice’ for now, but stronger measures are possible.

The prairie province of Saskatchewan has already announced a warning that returning travellers could face fines up to $2,000 if they don’t self-isolate for 14 days, which is the incubation period for the virus. The government broadcast its warning through the emergency broadcast system which sends messages to mobile phones. Saskatchewan Premier Scott Moe also asked people to advise police if they know of a traveller returning from abroad who is not self-isolating.

After Quebec Premier Francois Legault declared a health emergency there, Quebec City public health officials asked police to arrest a woman last Friday who was walking around outside after being ordered to self isolate. Although details are few, it would appear the woman tested positive but later ignored the order to stay at home. 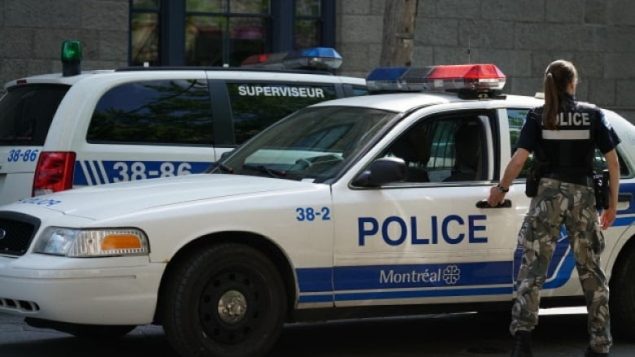 Montreal police have declared a state of emergency and say if two or more people don’t respect the 2-metre distance separation, they could face a fine of up to $1,000 (Radio-Canada)

Legault also ordered a ban on all indoor gatherings. Outdoor gatherings can proceed if a minimum distance of two metres can be maintained between those in attendance.

Montreal police meanwhile declared a state of emergency in the city, the first since the giant ice storm of 1998. Montrealers who gather and violate the two metre rule could face fines up to $1,000.

The warnings of potential criminal charges and fines comes as tens of thousands of Canadians begin returning home on repatriation flights from locations around the world, or the many thousands of so-called snowbirds many of whom will be driving home from their winter stays in Florida and elsewhere in the southern U.S.