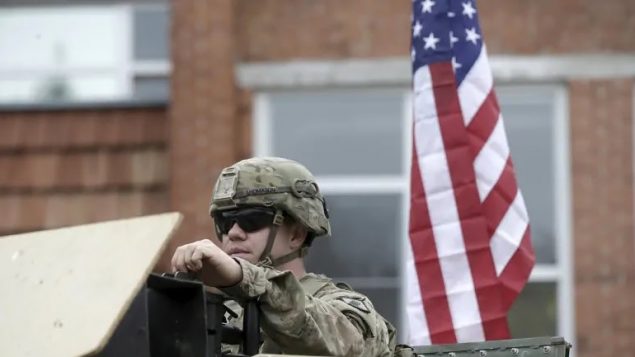 A U.S. soldier sits in his Humvee vehicle during a NATO event in Vilnius, Lithuania, September 3, 2015. CBC News has confirmed that the Trump administration has scrapped a plan it floated to station troops near the Canadian border. (Ints Kalnins/Reuters)

U.S. troops at the border: Idea is scrapped…’for now’

CBC News has confirmed reports that the United States has dropped a proposal to station American troops near the U.S.-Canada border as part of a COVID-19 containment strategy.

The CBC’s Catherine Tunney, Philip Ling and Katie Simpson report that a U.S. Defense Department official, speaking on background, told CBC News Tuesday the U.S. Department of Homeland Security is no longer seeking reinforcements for troops that have been stationed near the Canadian border for decades,  including the 10th Mountain Division at Fort Drum in upstate New York.

“As of last night, that is no longer under consideration,” the official said.

According to CBC News, a Canadian source confirmed that Washington is no longer talking about the plan and that Ottawa is comfortable it’s off the table, “for now at least.”

Last week, officials in the Trump White House floated the idea of stationing up to 1,000 troops about 25 to 30 kilometres along the 8,891-kilometre-long border to conduct surveillance of irregular crossings and reinforce the country’s border patrol agency to help slow the spread of COVID-19. 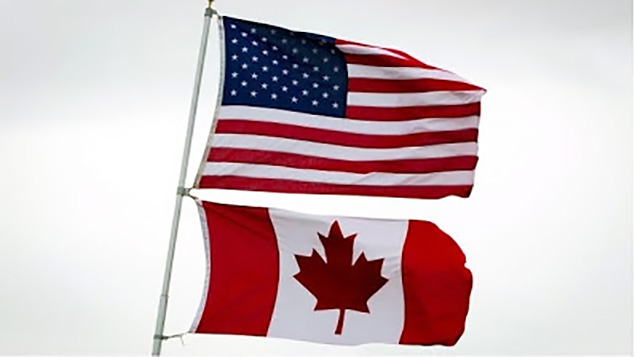 U.S. and Canadian flags fly in Point Roberts, Wash., on Tuesday March 13, 2012. Surveillance on both sides of the border will remain the same for the moment. (Darryl Dyck/Canadian Press)

The idea raised hackles in Ottawa, and both Prime Minister Justin Trudeau and Deputy Prime Minister Chrystia Freeland spoke out against the idea, calling it a “mistake” and “unnecessary.”

Ottawa and Washington launched discussions and by the end of the week, there were numerous reports the U.S. had scrapped the idea.

The two countries already have a mutual ban in place on non-essential travel across the border, which includes trips for recreational purposes.