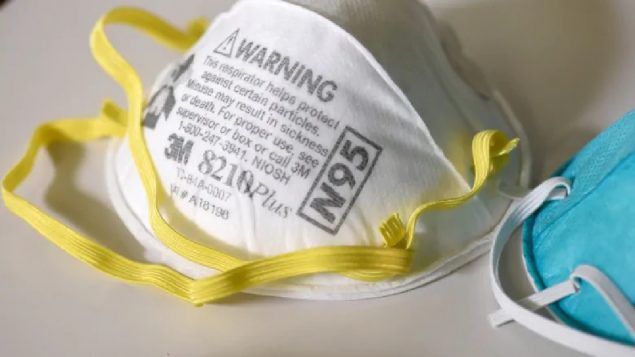 One of the styles of N-95 masks made by American giant 3M. A Canadian pulp mill supplies the unique fibre needed to blend the fabric used in these ans other special medical products. N95 masks are so named because they filter out 95 per cent of air particles, including viruses, when used properly. Countries around the world are finding themselves short of the masks as health-care systems are overwhelmed by the coronavirus that causes COVID-19. (Nicholas Pfosi/Reuters)

With the spread of the new viral pandemic, a shortage of high quality respirator masks, primarily known as N-95, has occurred.

With that sudden and extreme shortage there’s been an international scramble to buy them as local supplies were used up.

Canadian deputy Prime Minister Chrystia Freeland had said the international rush to buy medical equipment  such as masks was like “the wild west” with “ every country in the world doing its best in a truly fierce competition to get medical equipment,”

In the rush, U.S President Trump said American companies should stop importing masks and instead make them domestically, He invoked the 1950 Defense Production Act giving the government authority to stop exports of products of national importance. This seemed to include American companies like the American manufacturing giant 3M a major exporter of needed medical products. 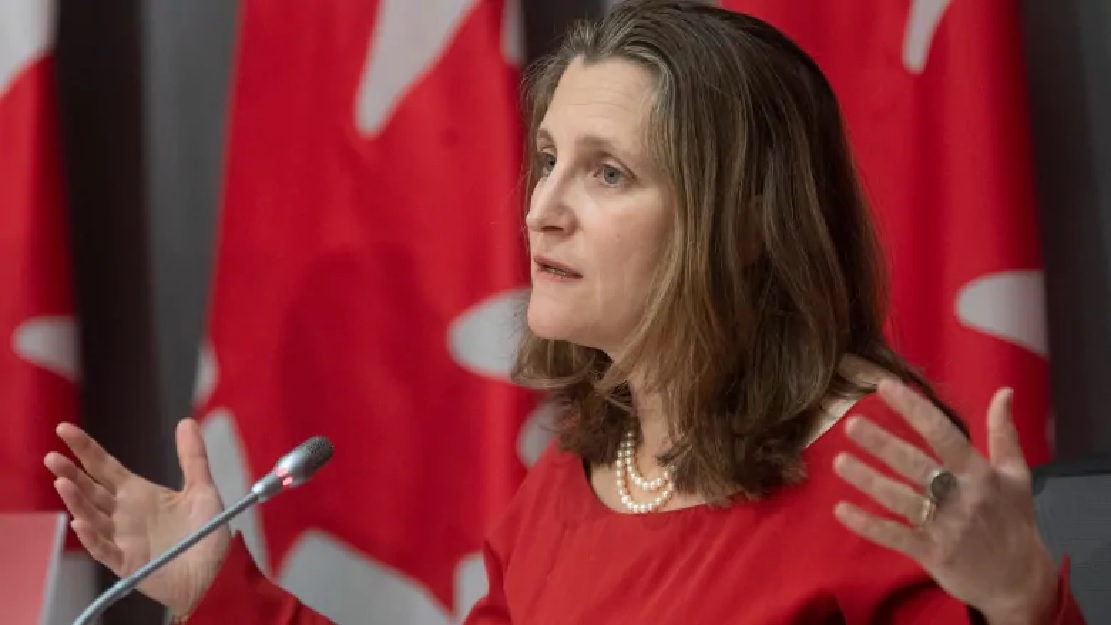 The company is the primary supplier of respirators to Canada and Latin American and most people interpreted this as an order to stop exporting the masks to both.

A shipment of some 500.000 masks from 3M already on its way to Ontario was also held up at the American border before eventually being allowed to cross into Canada.

This ‘order’ to exclude Canada came as an extremely unpleasant shock to Canadians, and the government, even as a Canadian pulp mill which makes the very unique special blended product exported to the U.S for the making of masks and medical gowns ramped up production.

Canadian politicians continued to emphasize that limits to cross border shipments, especially medical equipment, would hurt both countries in the midst of the pandemic.

After a weekend of  negotiations on many levels, it now seems that over the next three months,  3M will import millions of respirators from its manufacturing operation in China  and continue to ship its domestically produced masks to Canada and Latin America

Even though the supply of the critical respirators appears to have resumed, the need to have domestic production is catching hold with at least one Canadian company, AMD Medicom Inc of Quebec signing a deal to provide 50-million surgical and respirator masks to the federal government.

In addition, Ontario Premier Doug Ford is seeking fast approval for an Ontario-developd N-96 respirator telling a news conference on Friday, “ “Never again in the history of Canada should we ever be beholden to countries around the world or companies around the world for the safety and wellbeing for the people of Canada, I’m not going to rely on President Trump, I’m not going to rely on any prime minister or president from any country ever again.”