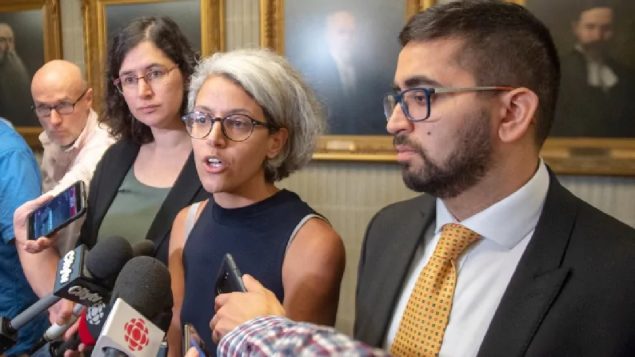 Hopes of  Supreme Court ruling to grant an injunction against a controversial Quebec law were dashed today when Canada’s highest court said it will not hear the case.

The Supreme Court does not give reasons for decisions not to hear cases.

The case involves the mainly French-speaking province’s Bill 21 , The Quebac law bans those in an official provincial capacity who deal with the public from wearing religious symbols such as a face veil, head scarf, turban, kippah, or obvious Christian cross. The law covers jobs like school teachers, police, judges, court officials and counter staff at government services such as issuing of driver’s licences while they are at work.

Bill 21 is being challenged in four lawsuits claiming violation of the Charter of Rights and Freedoms over religious discrimination and sexism (as many Muslim women wear the headscarf ie. hijab). Three of the cases

were represented in the request for the SCC injunction against Bill 21.  The non-profit advocacy group The Canadian Civil Liberties Association (CCLA) was hoping for the top court to hear their argument to grant the injunction to suspend Bill 21 until legal arguments against it could be presented at the Quebec Superior Court.

The case against the so-called “secularism” law was rejected by a lower Quebec court, and later by the Quebec Appeals Court in a 2-1 decision.

While those  judges agreed the law was likely to cause harm and irreparable damage to some, Quebec had invoked the ‘notwithstanding’ clause and they ruled the law would remain.

The ‘nowithstanding clause’ in the Charter of Rights and Freedoms allows provincial governments to shield a law from legal challenges over perceived conflicts or violations of fundamental rights and freedoms.

The case against the law as being unconstitutional will be heard in Quebec Superior Court beginning in October.