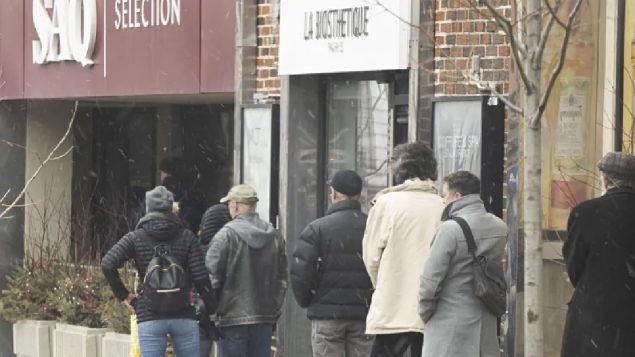 As emergency health requirements mean many businesses are closed, and people asked to stay home a new survey finds alcohol consumption has increased.

A poll commissioned by the Canadian Centre for Substance Use and Addiction (CCSA)  shows that Canadians are drinking more lately.

Cannabis use was up by  six per cent of respondents, but four per cent said they had reduced their use.

Responding to the poll conducted by Nanos Research, people said lack of a regular schedule (54%), boredom (49%), and stress (44%) were reasons for drinking more.

“This data validates what we have all been saying. Substance use increases during times of stress and anxiety” Rita Notarandrea, CEO at CCSA.

Catherine Paradis is a senior researcher and policy analyst with the CCSA. In a press release explains another factor in the increase, “ “The Canadian drinking culture is one where alcohol use serves as a boundary between weekday and weekend, work and leisure — it marks a ‘time out,  with the ongoing threat of COVID-19, these boundaries have become blurred”.

She also noted that a disrupted routine and isolation can lead to loneliness and anxiety about the future and so drink more than they normally do.

In British Columbia, Ontario and Quebec where emergency orders have closed most businesses, the provincial alcohol outlets have remained open as ‘essential businesses’. Premier Francois Legault of Quebec said some people need alcohol, and depriving them might lead to problems involving the health care system, and added, to reduce stress, “sometime a glass of wine may help”.

Quoted in the Canadian Press, Calgary therapist and social worker Jeff Sturgeon said those battling alcohol addictions said the current situation of isolation and distance increases loneliness and boredom and magnifies negative thought patterns saying “ “It kind of amplifies that narrative that perhaps is the underlying piece of the addiction.”

The CCSA said it is providing resources to reduce risks associated with increased alcohol and cannabis use, including a warning about they can affect the immune system and increase susceptibility to the SARS-Cov-2 virus.