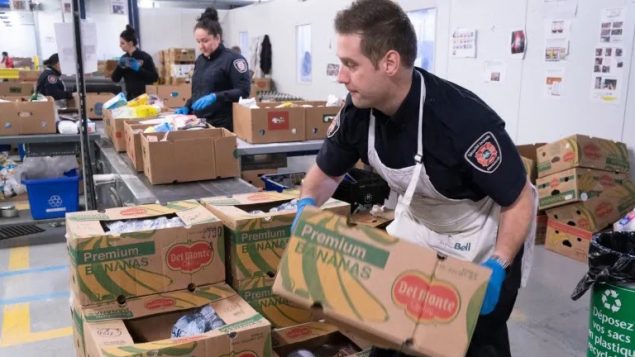 A Montreal firefighter volunteers at the Moisson Montreal food bank in March. Prime Minister Justin Trudeau today announced $350 million in funding for charities and community groups who are facing new challenges and a drop in funding because of the COVID-19 pandemic. (Paul Chiasson/The Canadian Press)

Today’s measures are in addition to benefits announced earlier this month to provide financial support to the homeless, women’s shelters, children’s counselling and local organizations that provide practical support to seniors, such as delivering groceries or medication.

The Emergency Community Support Fund will provide funding to small and medium-sized organizations, as well as large ones, including United Way Canada, the Canadian Red Cross, and the Community Foundations of Canada.

The new funding, Trudeau said, will help these organizations pay for things like volunteer training and transportation.

Most of Canada’s 86,000 registered charities have suffered a severe drop in donations since the pandemic broke out–unable to raise funds from already-struggling donors or to hold fundraisers because of distancing measures. 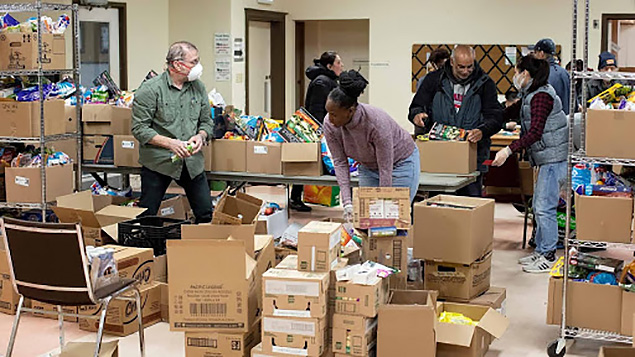 Estimates suggest that donations will decline between $4.2 billion and $6.3 billion, and that between 117,000 and 195,000 workers could be laid off depending on the length of the COVID-19 crisis.

“Their mission has always been to help people in their time of need and that hasn’t changed, Trudeau said.

“But COVID-19 is putting a tremendous amount of pressure on those organizations because more people need help.”

Last month, a coalition of 150 Canadian charities asked the federal government to provide a $10-billion financial lifeline to prevent the “irreparable collapse” of the struggling sector and the programs it offers to vulnerable Canadians and abroad.

Today’s pledge falls short of that.

However, analysts say many of the charities will be able to access Canada’s wage subsidy program to help hire back laid-off staff.

At today’s briefing, Trudeau also announced that employers can now use a calculator on the Canada Revenue Agency website to figure out how much they’re eligible for through the federal wage subsidy program.

He said businesses, non-profits and charities can begin applying for the 75 per cent wage subsidy beginning this coming Monday.

The subsidy is retroactive to March 15 and available to companies that lost 15 per cent of their revenue in March or 30 per cent in April or May.

The federal government will pay eligible companies 75 per cent of the first $58,700 earned by each employee, up to $847 per week for up to 12 weeks.

It remains unclear exactly when the actual funds will be available to employers, but federal officials told a Commons committee last week they were aiming for the end of next week.