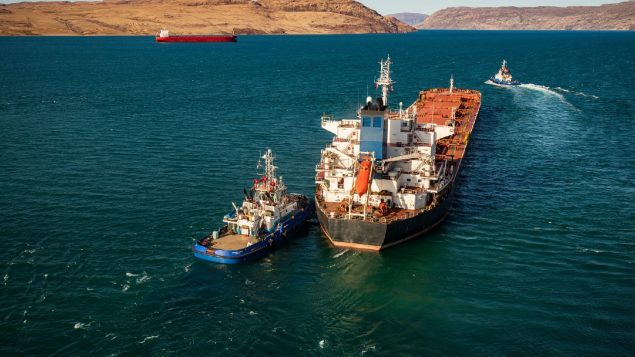 A huge ore carrier from the Baffinland mine. Concerns are raised about the effects of greatly increased shipping from the site on the Arctic environment and marine life (Baffinland)

High up in the Canadian Arctic a giant open pit mine is extracting millions of tonnes of iron ore which is then shipped to destinations in Europe and Asia.

Phase 2 of the project seeks to double that to 12mt. with some reports saying they plan to seek approval for 18mt.

In 2018 there were 71 giant cargo ship voyages to and from the site and Phase 2 seeks to increase that to 176 trips from July to mid-November.

Inuit in the area say they are seeing changes in wildlife movement, and concern about ship noise effects on marine life. They say red dust from the mine is coating the region, including for example reports of seeing pink dusted Arctic fox.

The plan is being discussed by the Nunavut Impact Review Board (NIRB).

Now Greenland says it wants to participate as aspects of the mine will affect marine life along its coast. Greenland’s claim for participation comes under a 1991 international treaty known as the Convention on Environmental Impact Assessment in a Transboundary Context. It sent a note expressing its concerns to federal officials 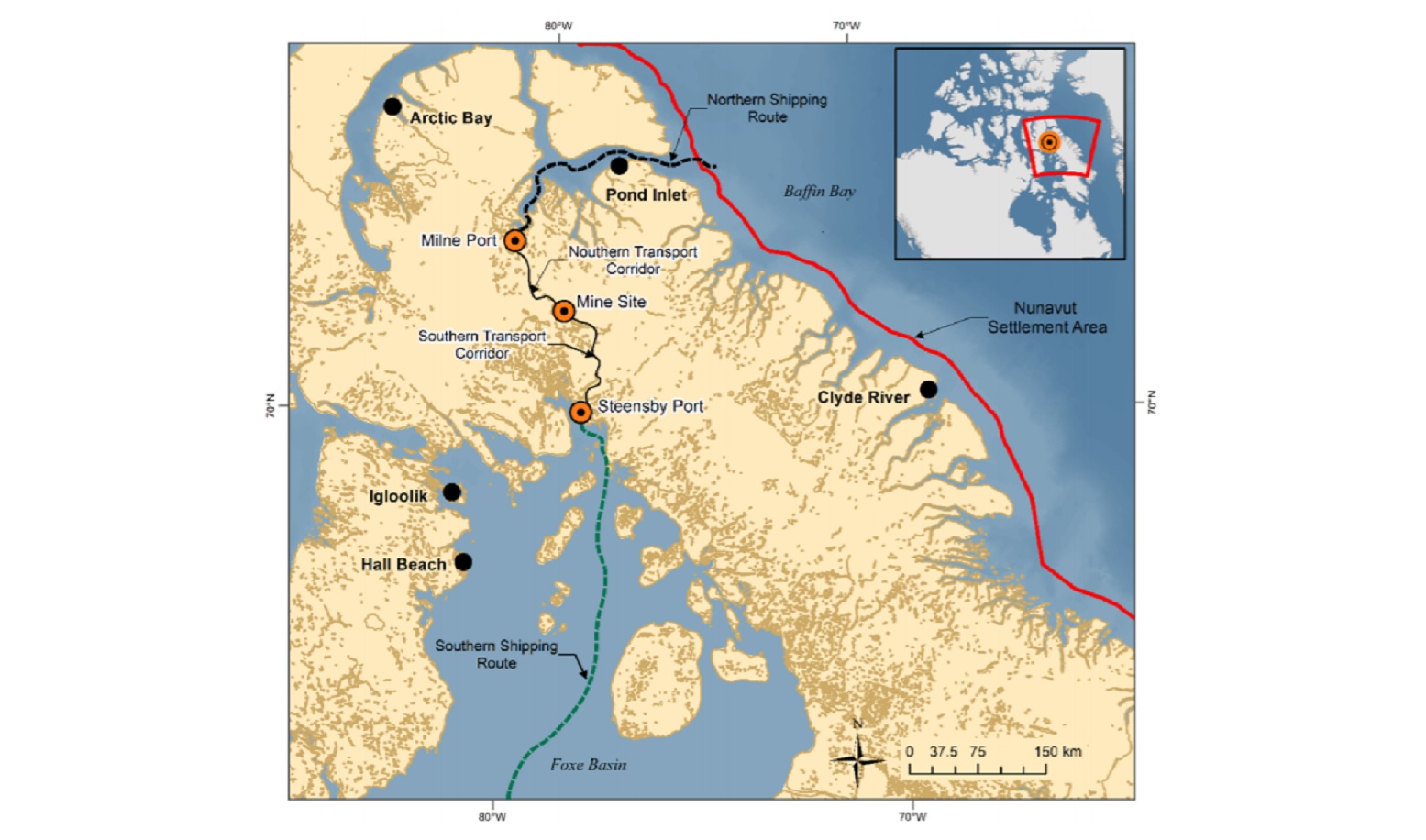 The ECCE report then noted that soot in the far north absorbs heat in the atmosphere and on the snowpack and ice causing greatly increased melting.  The melting affect in the Arctic environment is said to be five times greater than the same amount would have at mid lattitudes.

The company estimation is for ship traffic only, and doesn’t account for soot from diesel locomotives.

The ECCC said the proponent Baffinland had not provided information to substantiate the company claims adding that new ship fuel rules in the Arctic for reduced sulphur do not affect soot emissions, and in fact new blends may increase black carbon emissions.

The request from Greenland to participate in further hearings comes from researchers Mads Peter Heide Jørgensen and Fernando Ugarte from Greenland’s Environment and Nature directorate. In th February 11 memo to Canadian federal officials, they expressed concern over oil spills, whale collisions, and ship accidents along the Greenland coasts, and the noise from ships and potential ice-breaking on sensitive marine life like narwhal which would be greatly increased along with the great increase in ship traffic.

While the hearings are held under the auspices of the NIRB, final submissions are sent to the federal government for approval which then theoretically invokes the international right of Greenland to participate under the 1991 Convention which requires consultation when environmental effects cross international boundaries.

While Baffinland has since addressed several of the concerns such as ice-breaking and travel along Greenland’s coast, the researchers conclude their note saying,” Overall, the transportation of the iron ore in the Mary River project must be
considered one of the greatest threats to marine mammals in the Arctic – not least because history has
shown that the possibilities to restore the situation are very limited”.