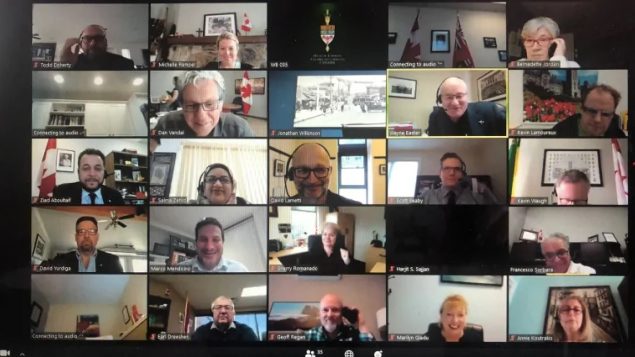 Due to concerns about the possible spread of the coronavirus, all large gatherings of people across the country have been halted. This includes church gatherings, sports events, school classrooms, in fact gatherings of any kind and that includes to hundreds of members who normally gather in Canada’s House of Commons.

To ensure parliament keeps working,and questions can be asked of the ruling Liberal government, technicians set up a ‘Zoom’ meeting with a trial on Monday and the actual question period on Tuesday.

As with any new system, there were a variety of small glitches, from members forgetting to turn their ‘mute’ buttons on and off, and some not able to connect. As many were connecting from their homes the occasional interruption from cell phones unexpectedly ringing to the potential for household noises from children. 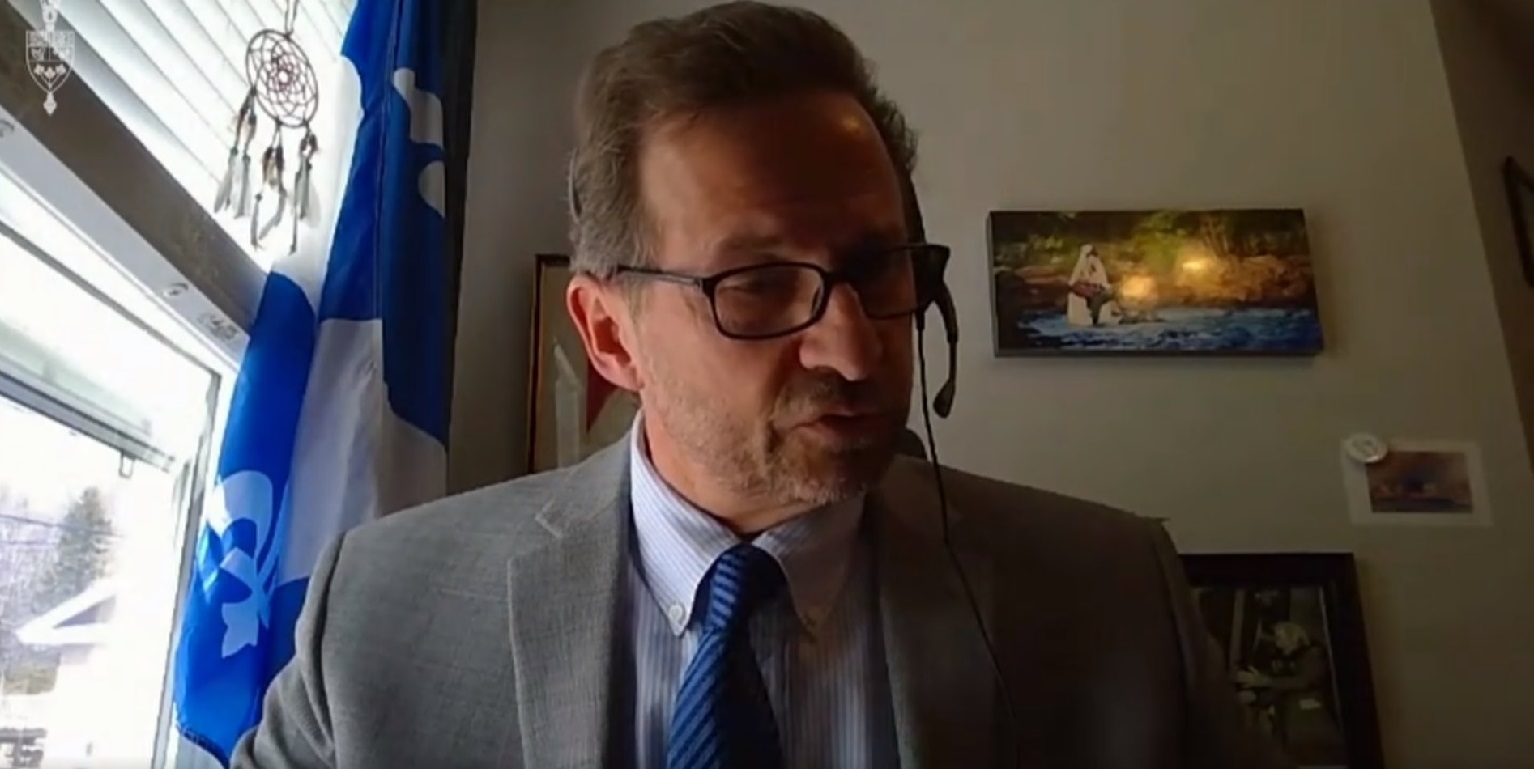 Leader of the Quebec separatist Bloc Quebecois, had his time interrupted breifly when he forgot to turn off his cellphone and it rang while he was speaking (CPAC)

A handful of members weren’t able to log on due to slow internet speed from their locations, but one member lost his connection for several minutes even though he was in his office in the parliament buildings in Ottawa.

Still some 280 of the 338 members were able to log on, some with carefully planned backgrounds. Speaker Anthony Rota had also earlier reminded members that even though they were at home they must respect the parliamentary dress code

Cyber experts at the University of Toronto had warned of the vulnerabilities of ‘Zoom’ technology, even though there have been upgrades to address such concerns. 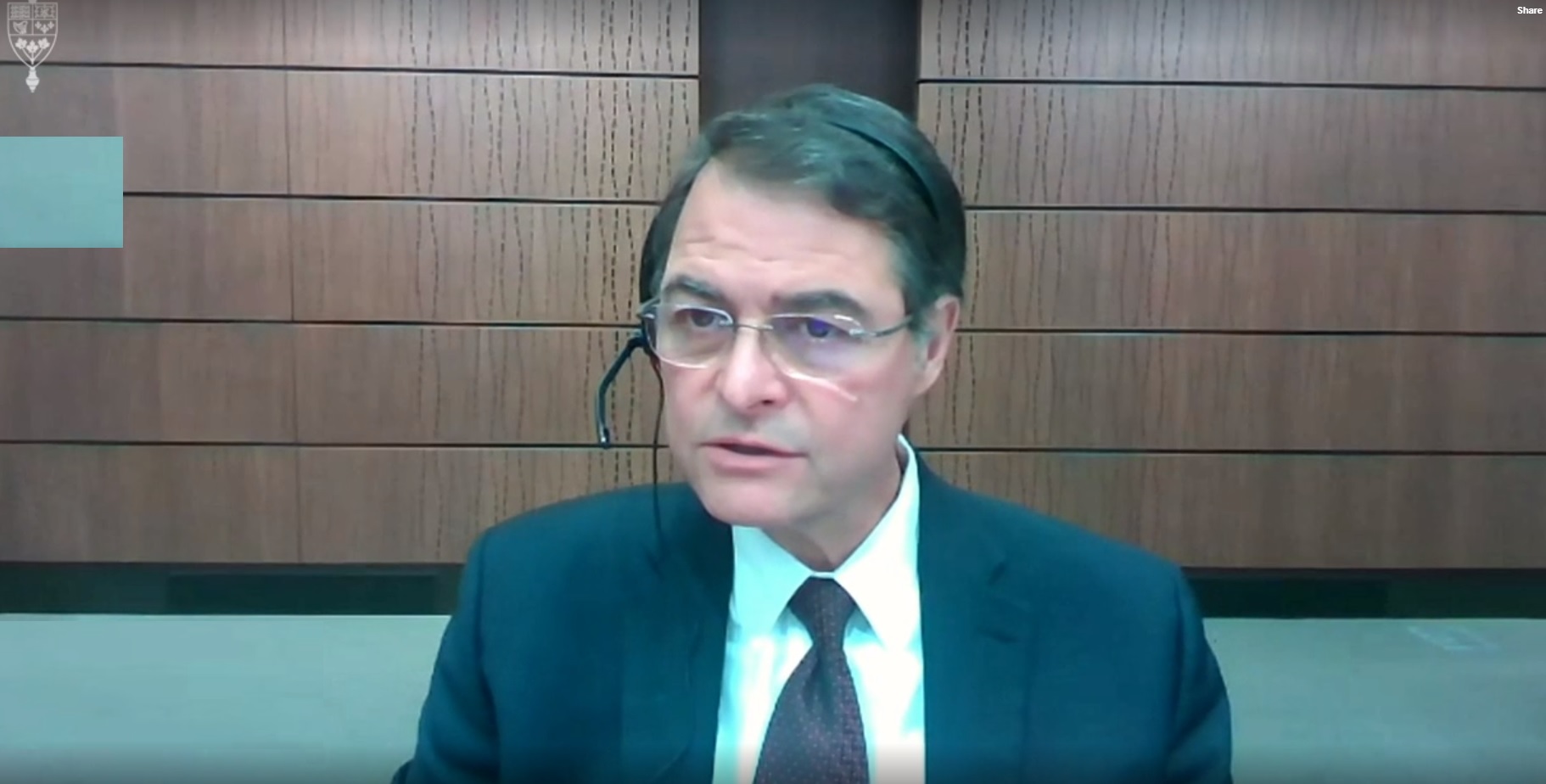 Speaker Anthony Rota had to pause proceeding on several occasions to deal with minor glitches. (CPAC)

Citizen Lab’s report noted that Zoom’s encryption keys were sometime routed through servers in China, adding that such platforms being used more often for diplomatic meetings, high level business, and startegy discussions were a “gold rush for cyber spies’ further adding that governments worried about espionage should avoid Zoom.

Zoom has said it uses a separate cloud for government and other customers who request such a service. Speaker Anthony Rota’s office also indicated that the version used is a commercial one, different from the free and consumer versions and has added security features.

Rota’s office also said security was not a major issue as parliamentary sessions are public.

After it was over, the three hour session was a deemed a success.

The virtual question periods with all members will take place twice a week, with in-person sittings for a small group representative of each party on Wednesday’s in order to pass emergency legislation. This will continue until it is deemed the SARS CoV-2 crisis has passed and the full house can resume sitting.

One of the perhaps more interesting differences with the virtual meeting, was the absence of loud heckling and interruptions, an absence not likely to continue once the full house is back in session..